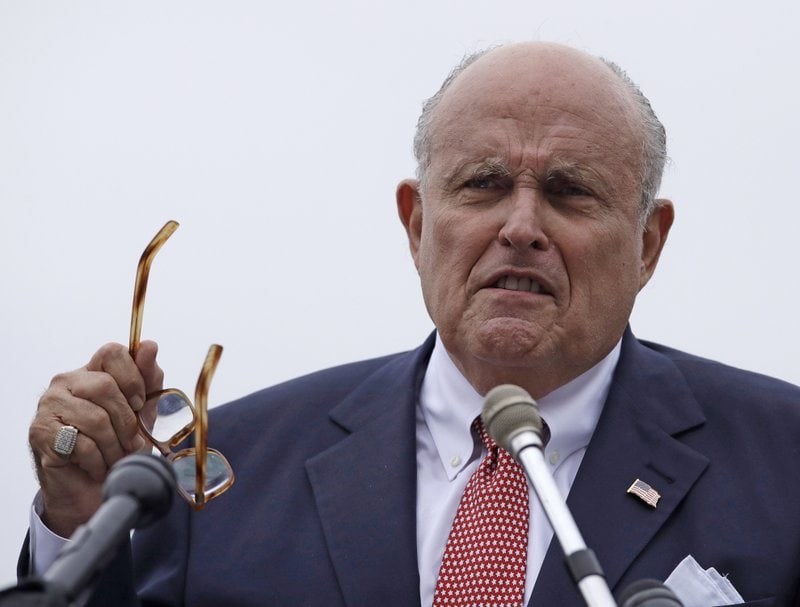 A Florida businessman who hired Rudy Giuliani to lend credibility to a fraud-busting company that was a fraud itself is seeking to avoid a prison sentence at his upcoming sentencing.

A lawyer for David Correia said in a submission to a judge Monday that his client is a changed man no longer likely to be lured into wrongdoing by greed-driven accomplices. He said he’s needed at home in West Palm Beach to take care of his wife and young children.

In his own partially redacted letter to the judge and through his lawyer’s legal arguments, Correia expressed regret at becoming enamored as a young man with the luxury-studded ways of Lev Parnas, a co-defendant in the criminal case in Manhattan federal court.

Parnas and Igor Fruman, along with another defendant, have pleaded not guilty to charges that they made illegal contributions to politicians they thought could aid their political and business interests.

The prosecution generated headlines after Parnas and Fruman worked with Giuliani to try to get Ukrainian officials to investigate the son of then-Democratic presidential candidate Joe Biden. Giuliani has said he knew nothing about contributions by the men. He has not been charged.

Correia said Parnas was the “common denominator of any business failures in my life.”

“No matter what good opportunities were ever presented to us, he would always find a way to ruin them. Greed almost always came in to play when he would negotiate final deals or business relationships, ultimately killing deals and often ruining relationships,” Correia said.

When Correia pleaded guilty in October to making false statements to the Federal Election Commission and conspiring to commit wire fraud, he signed a plea deal that suggests he serve about three years in prison, but his attorney said no prison is necessary.

Attorney William J. Harrington wrote that his client “full heartedly believed in” the company named “Fraud Guarantee” and its purpose of protecting investors in companies from being defrauded.

He noted that Correia, a once aspiring but ultimately unsuccessful professional golfer, received just $43,650 out of $2.3 million raised to fund the company, and one of the investors wrote a letter of support to the judge on Correia’s behalf.

Correia and Parnas agreed to pay Giuliani, a Republican former New York City mayor, a $500,000 consulting fee to work with Fraud Guarantee. Giuliani, who served as former President Donald Trump’s personal lawyer, has confirmed he was promised $500,000 to consult with the company.

Correia maintains in a letter to the judge that he’s so changed his ways that even his wife recognized it and ended their separation.

previousFlorida panther struck and killed by vehicle in Fort Myers

nextSunburn — The morning read of what’s hot in Florida politics — 1.26.21