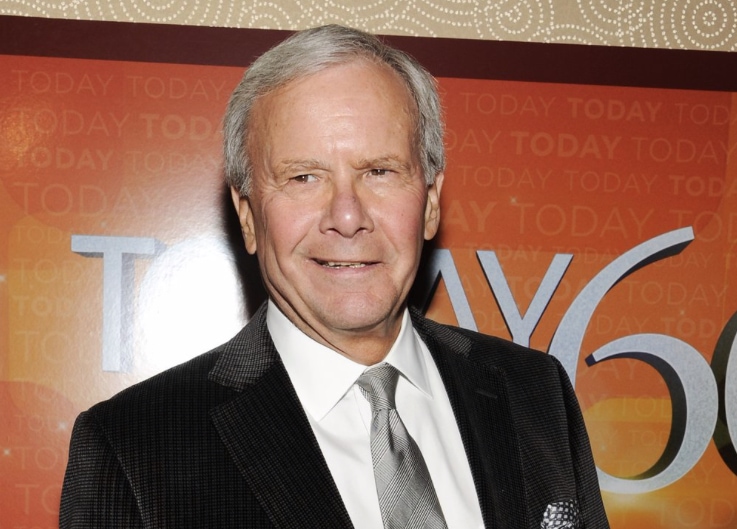 If Tom Brokaw has one piece of advice to leave for television journalists upon his retirement, it’s to get out to more of the country — and not just to visit.

The Capitol insurrection is but one example of a story that might not have seemed as much a surprise if more journalists were attuned to communities outside of the power centers, the veteran NBC newsman said.

Television news is “much, much too wedded to the East Coast and West Coast only” and needs to expand its presence across the country.

“Take some of the people who are only in Washington and send them to Salt Lake City or Kansas City, or St. Louis for that matter,” he said in an interview with The Associated Press.

Brokaw, who turns 81 next month, announced last week that he’s retiring from NBC News, where he worked for 55 years. He said he’s been overwhelmed and heartened by the outpouring of good wishes from colleagues and people who watched him on TV for many of those years.

He’s been away from the power centers himself, and hasn’t been to New York since before the onset of the coronavirus pandemic. He has split time between homes in Montana and Florida.

His advice to the industry he’s leaving behind has nothing to do with the sort of they-don’t-make-’em-like-they-used-to criticism you might get from older people in any business. Brokaw said he’s impressed with the work of young journalists at NBC News and elsewhere, and is invested in seeing them succeed.

He believes a reorientation can take place without a significant outlay of money for an industry that has seen a two-decade decline in local news coverage.

“I don’t want to knock what they’re doing now because they get on an airplane and go to these places and they do a good job,” he said. “But I always found it was best to invest yourself in different parts of the country and get to know the politics and culture.”

He’s pessimistic about a change in the public’s attitude toward the press after four years in which President Donald Trump considered journalists the enemy.

“I don’t think there will be a full recovery,” he said. “I think this is baked in.”

Brokaw has kept busy in the years since he stepped down as “NBC Nightly News” anchor in 2004, doing documentaries, appearing on “Morning Joe” and the network during newsy occasions for commentary and writing. He’s finishing a book about his parents and their life growing up during the Depression in South Dakota.

nextGas prices down again after weeks of increase