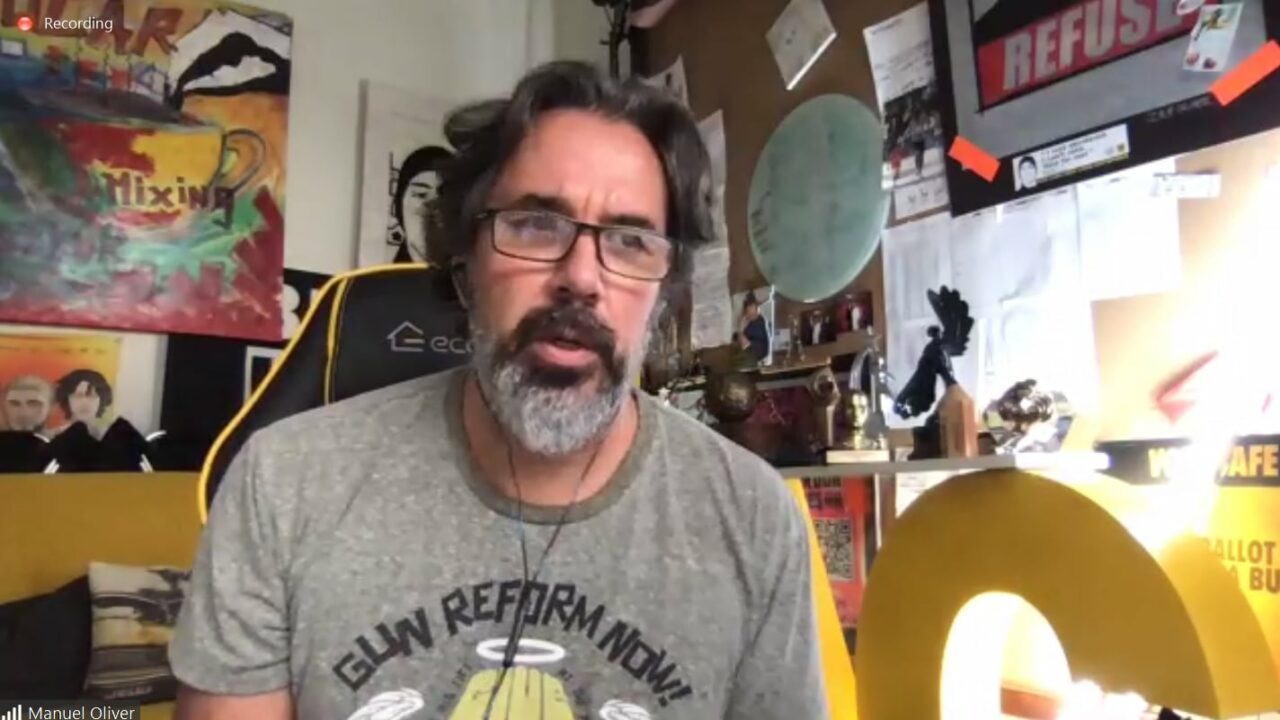 It's not about taking away guns, it's about limiting weapons that can kill en masse.

Less than a week short of three years since the Parkland massacre, nearly five years since the Pulse massacre, survivors and victims’ families joined Monday in renewed pleas for the Florida Legislature to ban the kinds of military-style assault weapons involved.

“I lost my son and my best friend,” said Manuel Oliver, father of  Joaquin Oliver, the 17-year-old Marjory Stoneman Douglas student murdered along with 16 other people in Parkland on Feb. 14, 2018.

“It has almost been five years and all I can think about is their bodies riddled with bullets, and all I can ask myself is, when? When is enough enough?” said Brandon Wolf, the Pulse survivor and Equality Florida activist whose best friends Christopher “Drew” Leinonen and Juan Guerrero were among the 49 people murdered at Orlando’s Pulse nightclub on June 12, 2016.

“We are ready to come back here year after year,” said 15 year old Zoe Weissman who was a 12-year-old Westglades Middle School student hiding for her life next door to Stoneman Douglas High School as hundreds of gunshots rang out, and who now is deputy policy director and Parkland lead for March For Our Lives in Florida.

They are coming back, year after year, to push for legislation to ban high-powered, semi-automatic guns and high-capacity magazines, bills that consistently show majority public support in some polls, but which have annually died quickly in the Florida Legislature.

They were joined by others from Ban Assault Weapons NOW, the Florida Coalition to Prevent Gun Violence, and the League of Women Voters of Florida, along with Farmer, the Fort Lauderdale Democrat, and Smith, the Orlando Democrat, for the now annual plea to limit or eliminate weapons they contend are meant for military purposes and greatly increase the body counts when in the hands madmen civilians.

It’s a plea that annually runs into arguments from the Republican leadership that the guns and high-capacity magazines themselves are not the problem, that any restrictions on their availability are infringements on Americans’ 2nd Amendment rights.

On Monday advocates for SB 370 and HB 653 argued they are not talking about banning ordinary guns, just those that make it way too easy for madmen to commit mass shootings.

“Juan suffered 10 gunshot wounds that night. Two in the torso, two in the arm, six in the leg. He was rescued from the club, carried out on a stretcher, rushed to a hospital, but died in surgery,” Wolfe said. “Drew took nine more bullets. The list of his perforated organs was almost too long to recount. He never made it off the dance floor. My best friends were not just shot and killed. They were brutalized.”