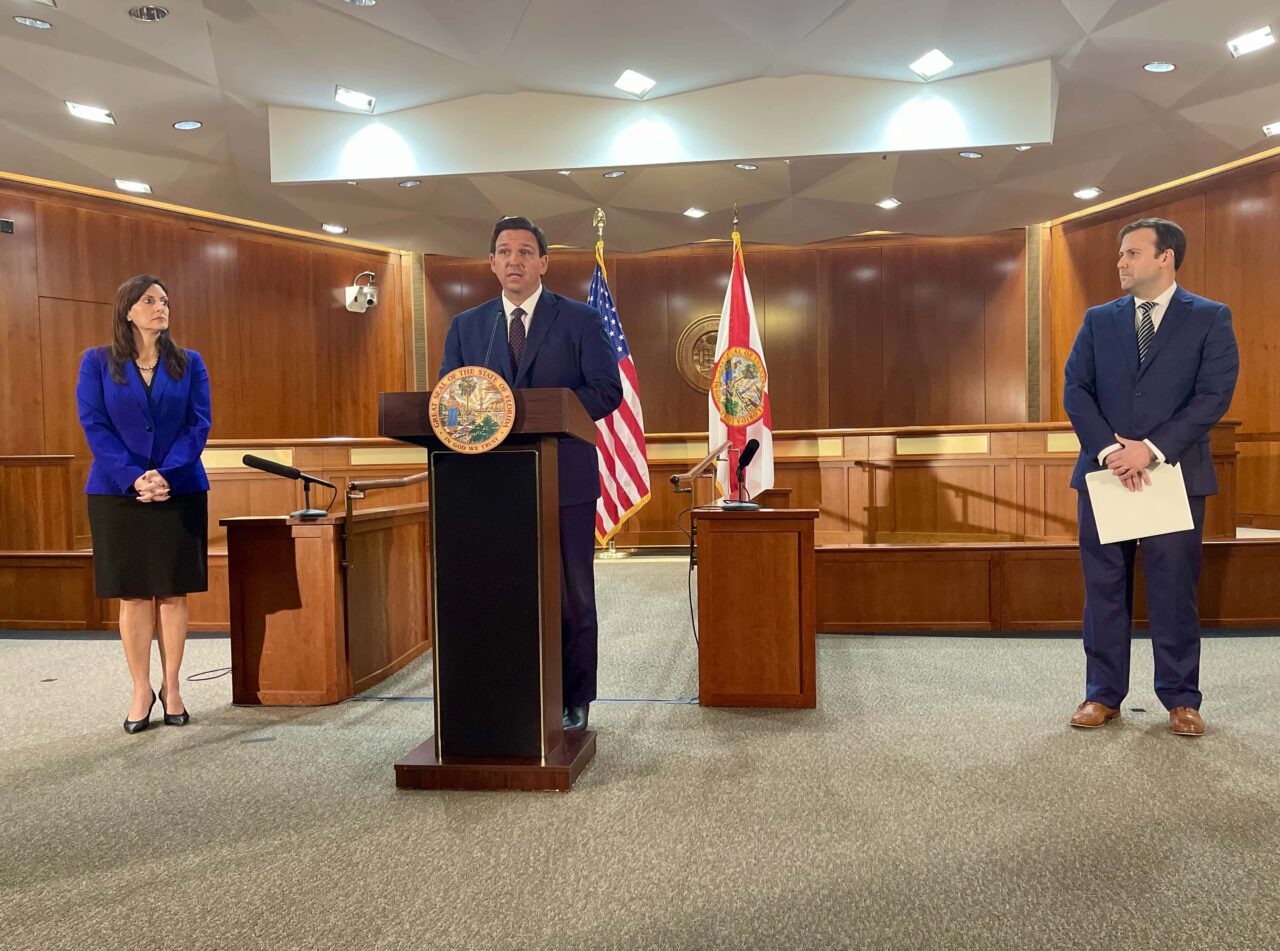 Tech companies are free-riding on consumer data, the Governor says.

The Governor announced the second part of his priority Monday alongside Lt. Gov. Jeanette Núñez, House Speaker Chris Sprowls and Rep. Fiona McFarland, the Sarasota Republican who is sponsoring the bill (HB 969).

The bill would guarantee Floridians the right to find out what information companies have on them, to have the companies delete the data, to ask companies not to sell the data and to sue businesses that violate those protections.

“The Big Tech platforms have created a surveillance economy, which enriches those platforms by free-riding on consumer data,” DeSantis said.

Earlier this month, DeSantis and Sprowls announced a bill titled the Transparency in Technology Act to protect Floridians’ right to use social media platforms, a crackdown on what he called the “big tech cartel.” That includes a daily $100,000 fine for “de-platforming” candidates for office, such as when Twitter and other sites banned former President Donald Trump.

The Governor during that announcement took issue with “political manipulation” from tech companies, and vowed to “take aim at these companies and pull back the veil.”

People unknowingly sign over the rights to their personal data by signing terms of service that are “mind-numbingly complex” for the layman to understand, the Governor lamented Monday. He compared information obtained by tech companies to information law enforcement officials need a warrant to obtain.

Tech companies are constantly pulling data, even from passive users, from their smartphones and other devices, he continued.

Tech companies are making money off people’s data without giving users anything in return, the Governor added.

“The exact kind of information we rightly insist law enforcement obtain a warrant in order to get, Big Tech platforms, they take that as a matter of course,” DeSantis said.

One state’s ability to regulate global tech companies is an open question that will likely be addressed in court. But the Governor believes the right is Florida’s.

“They operate in the state of Florida,” DeSantis said. What’s the difference in terms of how a rental car would be treated in California versus here?”

Sprowls pointed to studies showing that Americans believe they don’t have control of their personal data online.

“It’s not that they don’t know that these companies have this information. They know,” the House Speaker said. “And it’s not even that they’re worried necessarily about that they have it. They wonder about what are they going to do with it once they have our private information.”

Sprowls drew a line between the big tech package and legislation he spearheaded last year to prevent life, disability and long-term care insurance providers from using Floridians’ DNA data to make coverage decisions. Companies like 23andMe and Ancestry can sell private data obtained through their genetic tests to other companies and foreign entities, Sprowls warned.

“Our state will once again lead the nation, this time with strong data privacy laws to protect consumers across the state of Florida,” McFarland said.

“It’s time that we recognize the reality that consumers have a property interest in the private information big tech companies are buying and selling on a daily basis and we must implement vital protections for Floridians,” Patronis said.

nextCOVID-19 shots might be tweaked if variants get worse