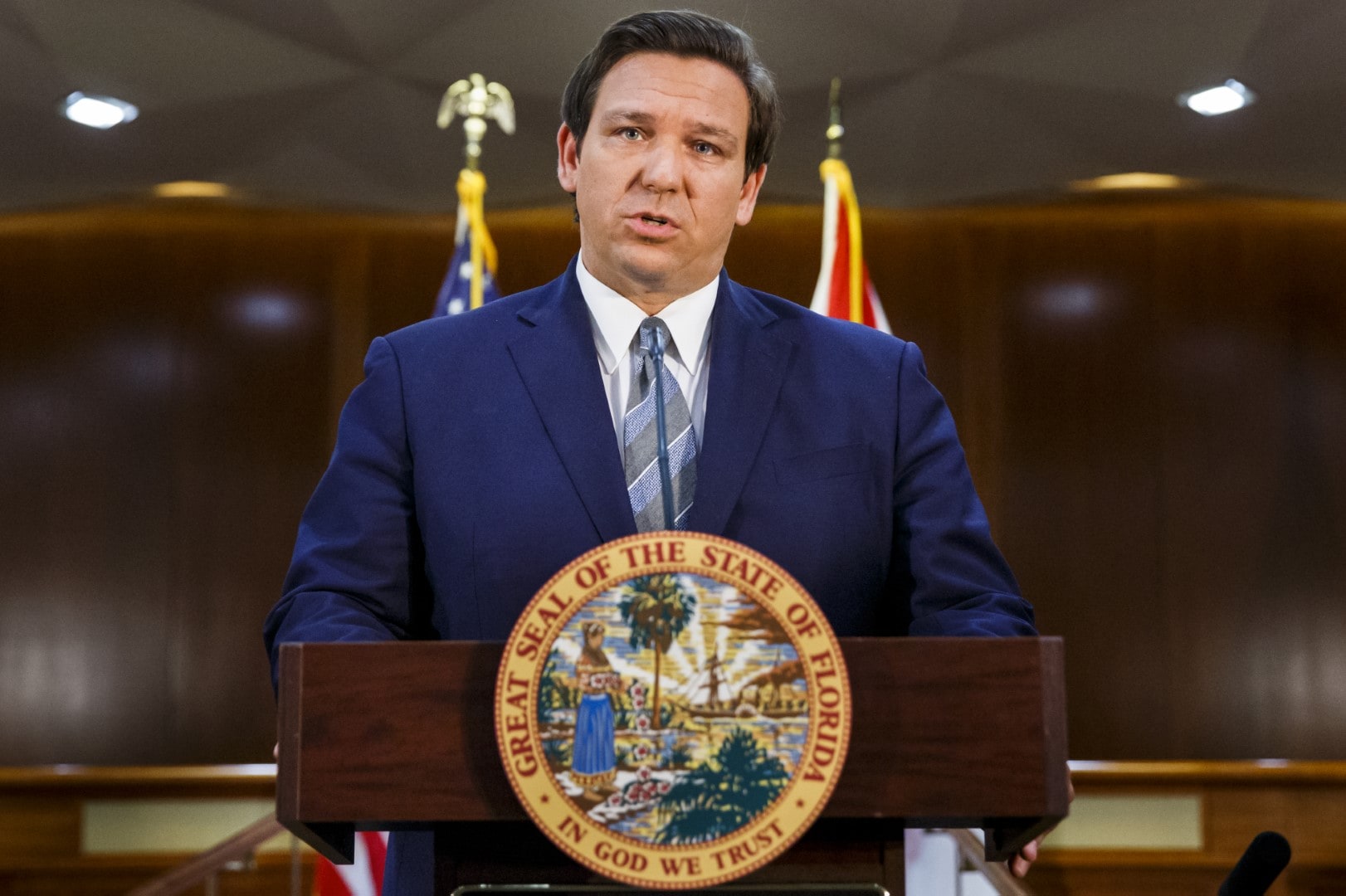 The Governor argued the same people who want shutdowns don't follow the rules.

Florida’s Governor issued a fiery denunciation of public officials “browbeating” people regarding coronavirus precautions in a freewheeling question and answer session after a press conference Monday.

Gov. Ron DeSantis, addressing reporters at a hospital in Longwood, said “this idea of ‘browbeating’ everybody, I just don’t think it’s been effective nationwide.”

“If you look around the country, you will literally have an elected official stand at the podium, wag their fingers, and say ‘you do not travel over the holidays,’ then literally, right when the press conference goes over, that same person is driving to the airport,” DeSantis said, his voice rising just a bit in incredulous outrage.

“You have somebody saying ‘we can’t open schools because it’s too dangerous,’ and they’re caught on a beach somewhere in Puerto Rico,” DeSantis added.

The Governor said that “we have to recognize some of the misfires and some of the information and advisories, particularly from experts, have had.”

“We’ve had some very contradictory advice over these many months,” DeSantis chided. “And I think some people have lost faith.”

DeSantis, who was the poster boy for Republican resistance to lockdown-minded governors during the spring and summer, uniquely endeared himself to the Donald Trump White House in the first two years of his term. The Governor helped to facilitate mask-agnostic rallies for the President, and in turn he was lauded by White House Communications Director Kayleigh McEnany for making Florida a “free state” in terms of virus shutdowns.

When pressed this summer by Agriculture Commissioner Nikki Fried and other top Democrats to impose a mask mandate, DeSantis held firm, saying he “trusts Floridians to make the right decision.” The intervening months have not changed the Governor’s position. And the upcoming changes in Washington don’t appear likely to either.

With President-elect Joe Biden preparing to take office, what’s clear is that DeSantis will continue to assert Florida’s prerogatives regarding virus mitigation, and Monday’s harangue against Democratic hypocrisy on the lockdown issue shows that the Governor is prepared to continue pressing that case as the Biden era begins.