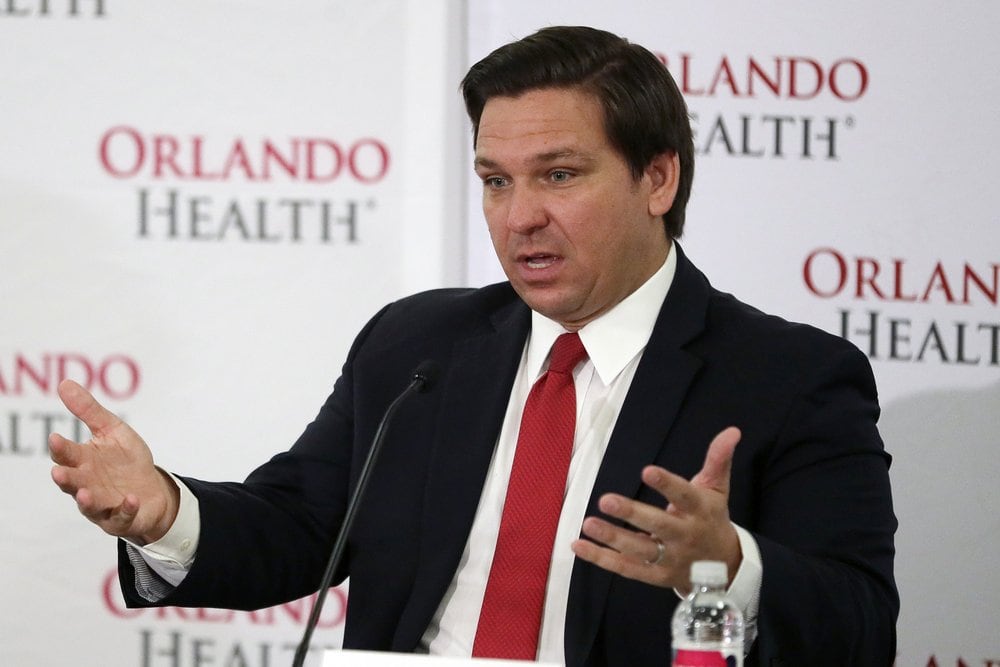 Bars statewide closed for non-compliance, but educating young Floridians is the Governor's solution.

Gov. Ron DeSantis has no plans for a statewide mask order still, adding Friday that he trusts people to make the right decisions.

But the Department of Business and Professional Regulation (DBPR) suspended the consumption of alcohol at bars statewide mere hours ahead of the Governor’s press conference at Lee Health in Fort Myers. That order marks the first reversal to reopening as COVID-19 cases continue to skyrocket in Florida.

“The reason why DBPR took it is because you had people that weren’t following it, there was widespread noncompliance, and that led to issues,” DeSantis said. “So folks just follow the guidelines, we’re going to be in good shape.”

Without a mask order, the Governor is asking people, particularly Floridians under the age of 40 who represent the fastest growing cohort for infections, to remain vigilant and heed federal, state and local mask recommendations.

Lawrence Antonucci, the president and CEO of Lee Health, backed the Governor on declining social distancing and placed an emphasis on education. Even younger people, who are frequently asymptomatic when they contract the virus, should follow the guidelines because they could spread it to at-risk individuals.

“I think we’re getting complacent,” he said. “As I go around the community, I see a lot of people not wearing masks.”

DeSantis also asked people to maintain social distancing even if the pandemic falls from headlines like he says it did in May. Focus on Memorial Day and protests over George Floyd‘s death made people think life could return to normal, DeSantis claimed.

Regardless of whether social distancing returns in full swing, DeSantis suggested people would still flout a universal mask order just like people broke the public gathering limit of 10 people during the lockdown and Phase One.

“Were there gatherings bigger than 10 people going around? Did you ever see that? Yeah, I think you did,” he said. “So the idea that you’re just going to mandate and selectively prosecute people, I don’t think that that’s necessarily going to work.”

Several cities and counties have implemented their own mask requirements, which the Governor has encouraged them to do if they see a need. but he noted those local governments would have to use the “long arm of the law” to enforce their orders. He also supported businesses determining their own requirements.

The Governor and health experts have urged people to avoid the 3Cs — closed spaces, crowded spaces and close contact with other individuals.

State health officials reported 8,942 new COVID-19 diagnoses Friday morning, the most in the single daily report. But the sharp spike in positivity hasn’t yet resulted in ballooning hospitalizations or deaths.

Lee Health reported good levels of ICU, ventilator and personal protective equipment availability even as hospitalizations were rising slightly there. Lee County has seen 4,757 confirmed cases of the virus so far, including 669 new cases reported Friday.