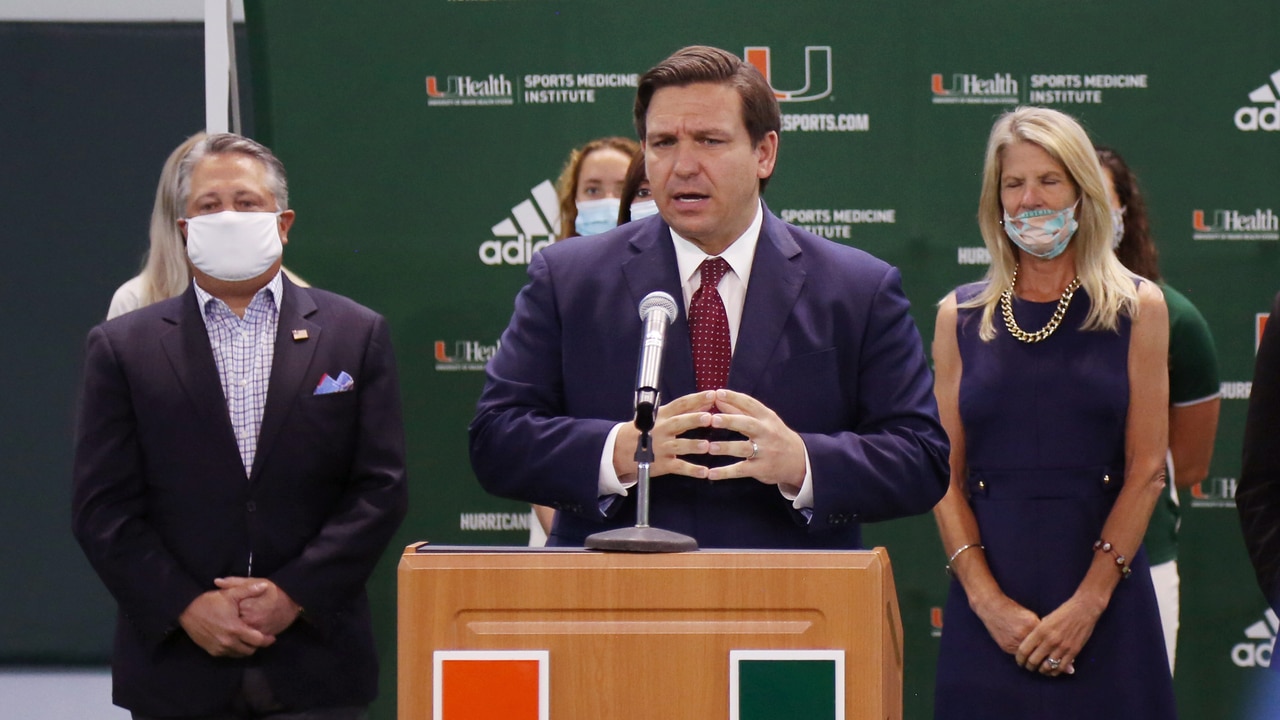 The back and forth with Cuomo over?

Gone was the partisan rhetoric, replaced by dispassionate analysis that sounded almost like conciliation, after Florida registered nearly 9,000 cases of the novel coronavirus on Thursday, a condition that worries even the White House.

People traveling to those states from the Sunshine State would have to quarantine for 14 days, tristate leaders announced earlier this week, mirroring a Florida policy implemented when the New York area was the pandemic’s epicenter in the U.S.

The Governor said that “when we did that from New York, most of the people fleeing there were going to South Florida.”

“I wasn’t just doing it for my health,” he added. “I was doing it because we were concerned that was going to accelerate the outbreak in southern Florida.”

“Obviously,” DeSantis added, “we don’t have as much concern about that. I think the virus has run its course in New York.”

DeSantis said the situation here in Florida, despite the surging case count, is “much different” that New York’s fearsome peak.

“They had ten times more fatalities per capita than we do,” the Governor said.

DeSantis had made rhetorical hay of Florida “flattening the curve” better than New York in the Spring.

“They said Florida was going to be just like New York or an “uber Italy” when it came to hospitalizations and fatalities. This was wrong,” he tweeted in May.

New York, New Jersey, and Connecticut began quarantining travelers from Florida and other states with a higher than 10% positive test rate starting on Thursday.

Prior to the decision being formalized, Cuomo outlined concerns.

Previously, DeSantis had been testy, saying that if Cuomo does quarantine Floridians, not to do it in New York nursing homes, where 6,300 have died from COVID-19.

But on Friday in Fort Myers, the Governor seemed to have lost his thirst for the partisan fight with New York’s chief executive.