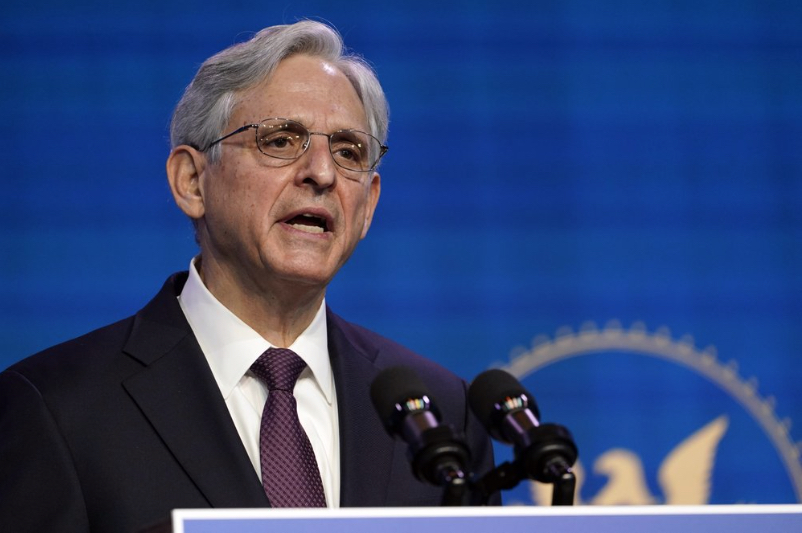 A federal appeals court judge who was snubbed by Republicans for a seat on the Supreme Court in 2016, Garland appeared Monday before the Senate Judiciary Committee and is widely expected to sail through his confirmation process with bipartisan support.

“The attorney general represents the public interest, particularly and specifically as defined by the Constitution and the statutes of the United States,” Garland said. “I do not plan to be interfered with by anyone.”

Garland will inherit a Justice Department that endured a tumultuous era under Trump — rife with political drama and controversial decisions — and that faced abundant criticism from Democrats over what they saw as the politicizing of the nation’s top law enforcement agencies.

Early in the hearing, Garland faced questioning about his plans to handle specific investigations and politically sensitive cases, like the federal tax investigation involving Biden’s son Hunter Biden, and the special counsel’s inquiry started by William Barr, while he was attorney general, into the origins of the Trump-Russia investigation, which also remains open.

Garland said he had not spoken with Biden about the investigation into his son. He said he had agreed to the nomination as attorney general because the president had vowed that “decisions about investigations and prosecutions will be left to the Justice Department.”

Garland, though saying he was supportive of transparency and in publicly explaining Justice Department decision-making, declined to commit to making public the results of the Durham investigation. He said under questioning from Sen. Chuck Grassley, the committee’s top Republican, that he had not spoken to Durham yet but had no reason to think that former Attorney General William Barr’s decision to give Durham special counsel status to remain in his position was “not the correct decision.”

To date, Durham has interviewed officials from the FBI, Justice Department and the CIA regarding the early days of the Russia investigation, and has produced criminal charges against just one person — a former FBI lawyer who pleaded guilty to altering an email. Garland said “there were certainly serious problems” with applications for surveillance during the FBI’s Russia investigation, and that he intended as Attorney General to speak more deeply about the issue with the Justice Department’s inspector general and with the FBI director.

“I am always concerned and have always been concerned that we be very careful about FISA,” Garland said, using the acronym for the Foreign Intelligence Surveillance Act.

Garland’s failed nomination to the Supreme Court wasn’t far from lawmakers minds’, with the bitter partisan feelings over the 2016 confirmation battle apparent in the hearing room. Sen. Chuck Grassley, who was chairman of the panel at the time and carried out GOP leader Mitch McConnell’s directive to block Garland from the court, defended his role, saying he took a position and “stuck to it.” He then criticized Democrats over their handling of Justice Brett Kavanaugh’s confirmation.

Still, he indicated he would be supportive of Garland.

“I admire Judge Garland’s public service,” Grassley said. “Just because I disagreed with anyone being nominated didn’t mean that I had to be disagreeable to that nominee.”