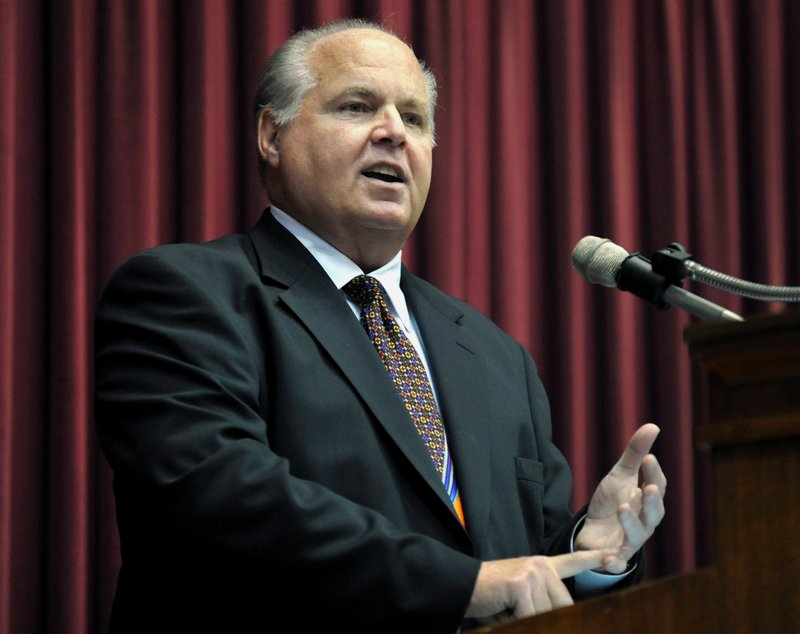 Gov. Ron DeSantis ordered areas inside the county to lower the flags after Limbaugh's death.

The county’s courthouse flags remained at full staff, ignoring Gov. DeSantis’ Tuesday afternoon order directing its U.S. and Florida flags to be flown at half-staff. He also ordered the Town of Palm Beach and the State Capitol in Tallahassee to fly their flags at half-staff from sunrise to sunset on Wednesday. Those flags were lowered.

Palm Beach County would only say it followed “normal protocols” on Wednesday, but Commissioner Melissa McKinlay posted a statement on Twitter saying, “The lowering of flags should be a unifying gesture during solemn occasions, such as in remembrance of the young lives lost during the Parkland High School massacre or first responder line of duty deaths.” She was referring to the 2018 shooting at Marjory Stoneman Douglas in nearby Parkland that left 17 dead.

McKinlay continued: “Although Rush Limbaugh was a significant public figure, he was also an incredibly divisive one who hurt many people with his words and actions.”

Officials in the Town of Palm Beach, the wealthy island enclave where Limbaugh lived for two decades, issued a statement saying its policy is to comply with Governor’s orders to lower the flags.

The Governor’s press office did not immediately respond to an email seeking comment. Flags are typically lowered to honor prominent government officials, as well as law enforcement officers and members of the military killed in the line of duty. DeSantis has said Limbaugh’s stature justified the honor.

Limbaugh, 70, died of lung cancer on Feb. 17. DeSantis called Limbaugh a legend during a news conference two days later and indicated he would direct flags to be flown at half-staff to honor him.

But many Democrats objected. Nikki Fried, Florida’s Agriculture Commissioner and the only statewide Democratic officeholder, said Monday that she would not abide by the Republican Governor’s orders. She said she would notify all state officers she oversees to disregard the Governor’s order.

St. Petersburg Mayor Rick Kriseman posted on Twitter that his city would not honor hatred, racism, bigotry, homophobia or anything else Limbaugh has spewed over the years.

The Governor’s order does not apply to any of the offices controlled by Fried or the city of St. Petersburg.

A year ago, former President Donald Trump awarded Limbaugh the Presidential Medal of Freedom, the nation’s highest civilian honor, during his final State of the Union address. The day before, Limbaugh had announced that he was battling advanced lung cancer.