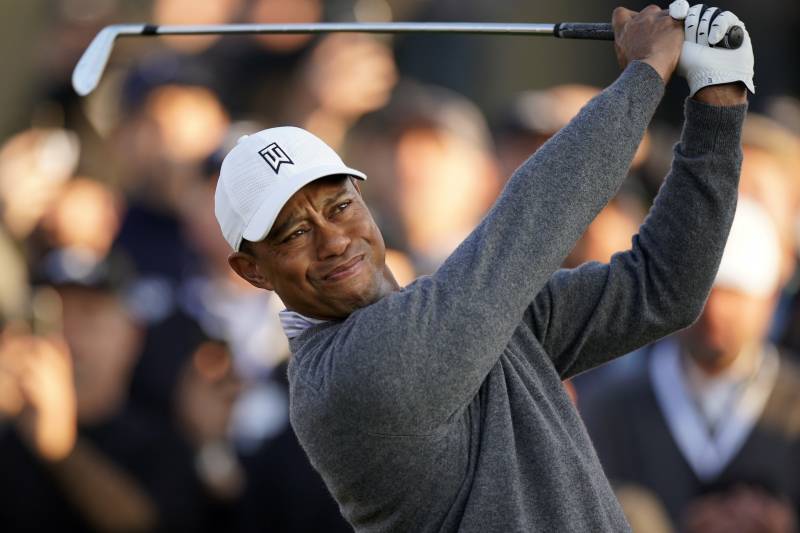 Gov. Ron DeSantis offered prayers for golfer and Jupiter Island resident Tiger Woods, who was injured in a car accident in California on Tuesday.

“When I saw that news I was scared,” DeSantis said told reporters Wednesday. “Obviously, he has some things to deal with, but fortunately not life threatening. Our thoughts and prayers are with Tiger. He’s a great champion. We’re really proud that he’s a Florida resident.”

DeSantis’ remarks came during a pre-tournament interview at the PGA’s World Golf Championship, which will be held this weekend at The Concession Golf Club in Bradenton. Woods underwent “a long surgical procedure” on his right leg at Harbor-UCLA Medical Center after being involved in a single-car rollover accident outside Los Angeles early Tuesday, according to a post on Woods’ Twitter account.

Speaking to reporters on Wednesday, DeSantis praised the Bradenton golf course designed by Jack Nicklaus and Tony Jacklin. The Governor also said he appreciates the PGA’s work in Florida, adding that he isn’t surprised about an increase in golfing activity during the coronavirus pandemic.

“The fact is, when you’re doing things outdoors, that’s one of the safest environments you could possibly have, when you’re talking about the infections,” DeSantis said. “So, what we saw in Florida was people going to the golf course more than they ever have. If you look at a place like The Villages, one of our largest retirement communities, they set their record for golf rounds during the pandemic. And it wasn’t even close. It was over and above anything they had ever seen. I think more and more people got into golf. I think that that’s been a very good thing.”

The PGA moved the World Golf Championship-Mexico Championship, which is usually played in Mexico, to The Concession Golf Club “due to logistical challenges posed by the COVID-19 pandemic.”

The tournament kicks off a four-week Florida Swing for the PGA that includes the Arnold Palmer Invitational presented by Mastercard at the Bay Hill Club and Lodge outside Orlando, The Players Championship in Ponte Vedra Beach, and The Honda Classic in Palm Beach Gardens.

With positive coronavirus cases on the decline and nearly half the state’s senior population having received at least one vaccination shot, DeSantis said he hopes gallery crowds will be “pretty significant” by the Players Championship, which starts March 11.

previousAmid COVID-19 pandemic, flu has disappeared in the US