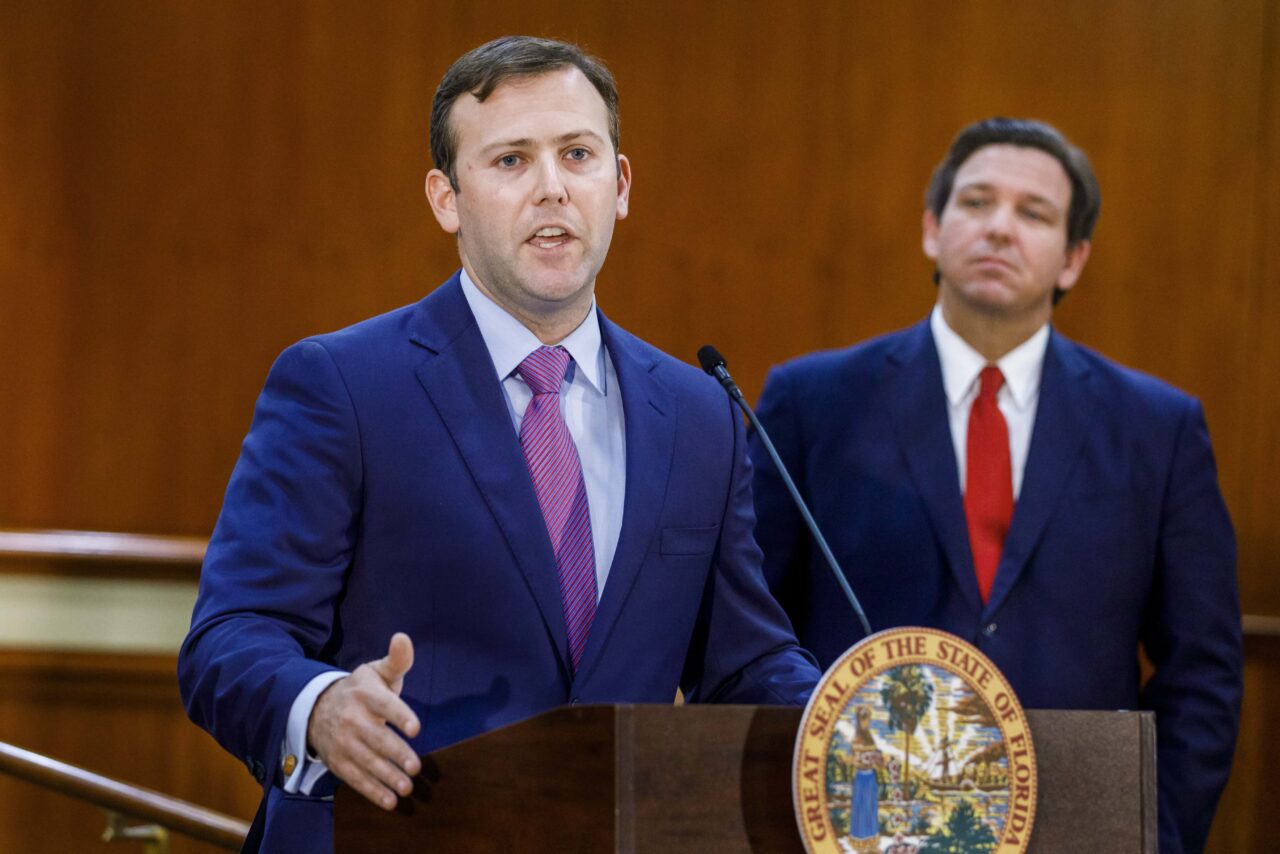 The proposal would establish a Florida flood-hub for research and innovation in St. Pete, focused on collecting data.

House Speaker Chris Sprowls introduced a line up of priority legislation to combat “the realities” of sea level rise.

At a press conference Friday, Sprowls presented several bills sponsored by coastal-district lawmakers, including legislation that would commit $100 million per year from the state to tackle issues around sea level rise and mitigation efforts.

“While some continue to debate word choices, we’re rolling up our sleeves and focusing on real problems that affect real business owners and real homeowners in our community,” he said, calling sea level rise and flooding “two of the most pressing issues of our time.”

The House is looking to budget $25 million next fiscal year and establish a program to help local governments cover costs of addressing flooding and sea level rise. The plan, which would set up the Resilient Florida Trust Fund within the Department of Environmental Protection, calls for funding to jump to $100 million annually starting in the 2022-2023 fiscal year.

In announcing the House plan Friday at the University of South Florida’s St. Petersburg campus, Sprowls said the proposals aren’t filled with “bricks and concrete,” but “great ideas” from lawmakers and other people “making sure that Florida will become the leader in America in protecting us from flood mitigation and sea level rise.”

The centerpiece legislation will be sponsored by Sen. Ray Rodrigues and Rep. Demi Busatta Cabrera.

In addition to the $100 million from the state, the legislation would expand grants to local communities to assess vulnerabilities and risks, as well as put in place the first statewide assessment to identify risk and where to focus resources.

“This is an issue that impacts our entire state, our homes and our businesses,” Rodrigues said.

The bill would also create a statewide flooding and sea level rise resilience plan that prioritizes and funds projects submitted by local governments.

“We first knew that we must understand what is at risk to better prepare for the future,” Cabrera said. “We are encouraging regional resilience Coalitions to engage in their communities and support local efforts to apply for state and federal dollars. This will bring more money directly into our communities.”

The proposal would establish a Florida flood-hub for research and innovation in St. Pete, focused on collecting data.

“Florida will become the epicenter for innovative solutions that create jobs, grow our local economy and make us the world’s leader in flood mitigation,” Cabrera said.

Another proposal would provide tax breaks to homeowners who voluntarily elevate their properties.

Pinellas County Sen. Jeff Brandes and Rep. Linda Chaney are sponsoring the respective Senate and House joint resolutions (HJR 1377) that would, if approved by voters, amend the state constitution to prevent home improvements for flood mitigation to impact the value of the property for tax purposes.

“These bills encourage homeowners to take the steps necessary to protect our homes and families from the devastating impacts of flooding,” Chaney said. “Homeowners to take proactive measures to protect their property from flooding should not only be rewarded, but should be incentivize.”

Florida is home to 1 million residential properties at substantial risk of flooding, and hosts seven of the 10 cities with the largest property loss at risk of flooding. These at-risk properties are expected to have collected loss of nearly $8 billion this year, Sprowls said, with the average projected annual loss per property at nearly $9,000 in 2021.

“This legislation protects our homeowners from flooding events that upend lives, as well as our business owners, the backbone of our economy,” Sprowls said. “I fully believe this transformational public policy, this prepares Florida to deal with the implications of flooding will be an example for the rest of the nation.”

However, critics of Sprowls’ mitigation agenda questioned the Speaker’s unwillingness to address the cause of sea level rise, rather than the fallout.

One such critic, Getulio Mulattieri with the Tampa Bay Disaster Resilience Initiative, addressed Sprowls at the conference, calling the proposals “performative nonsense.”

“You keep building walls, but you’re not addressing the root cause of climate change and sea-level rise, and that’s the fossil fuel industry,” Mulattieri said. “What happens when you can’t build any more walls?”

Sprowls responded, saying the members of the legislature and stakeholders have “done a great job in making sure that Florida will become a leader in America in protecting us from flood mitigation and sea level rise. “

“I think when all of you see all the work that Rep. Busatta Cabrera and this committee has done, you’ll find it doesn’t include a lot of bricks and concrete — it includes a lot of great ideas,” Sprowls said.

previousFlorida’s ‘official crustacean’: Could it be blue crab?