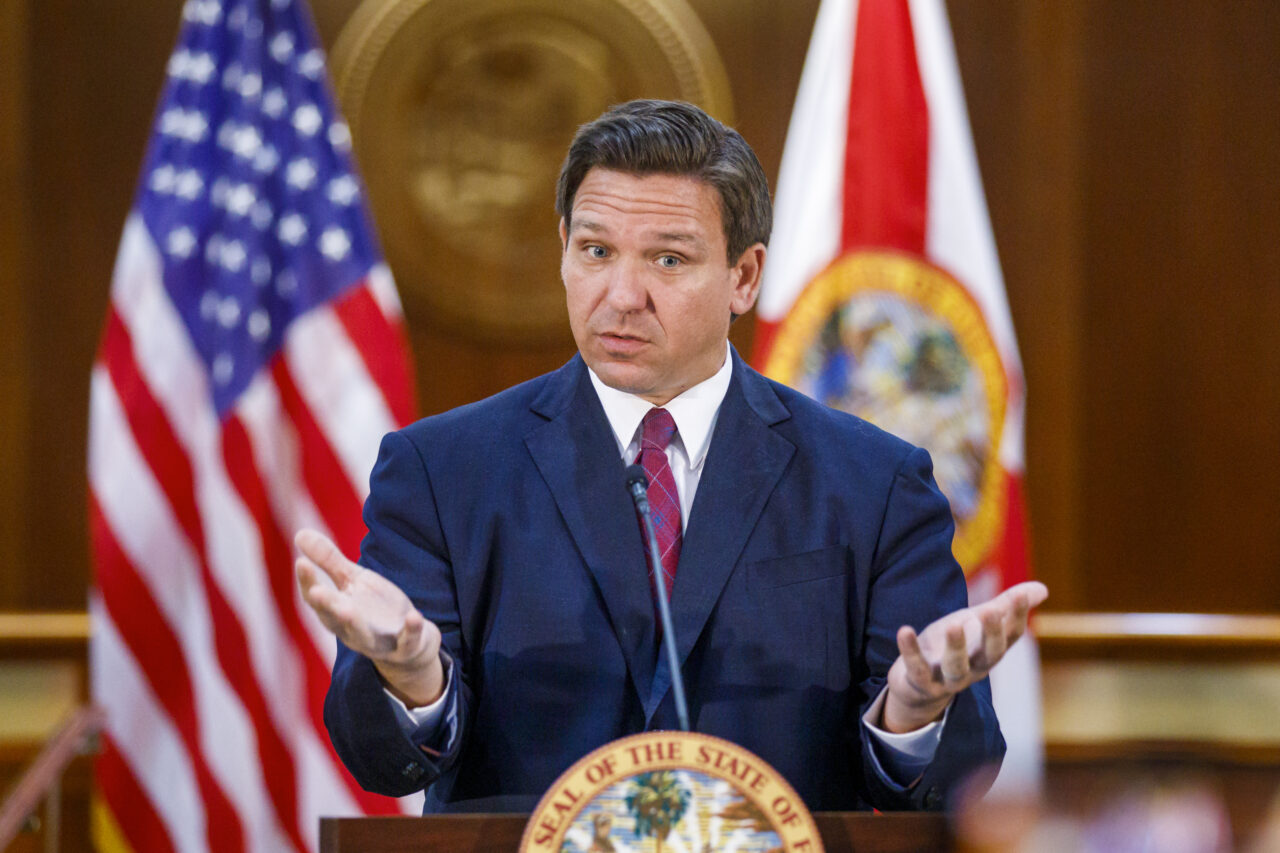 Gov. Ron DeSantis’ State of the State address was met with a counterresponse from a group of Democratic lawmakers who admonished DeSantis for partisan politics and fearmongering.

“Instead of helping hardworking Floridians with commonsense solutions we heard an agenda that was driven by pettiness, imaginary threats and settling partisan political scores. This is a time for leadership, a plan to get COVID-19 under control, to deliver relief for Florida’s families and build back our economy better,” east Hillsborough Rep. Andrew Learned said.

A video called the “People’s Response” touted counterpolicies for the issues of unemployment, minimum wage, affordable housing, health care and the state budget.

Orlando Rep. Anna Eskamani called for a raise in the state’s $275 unemployment benefit, along with a doubling of the eligibility period to 26 weeks.

“Not only did they oppose the Minimum Wage amendment, this year, Republicans are adding insult to injury: proposing to exclude workers under 21, the disabled, and people who’ve paid their debt to society from the new minimum wage increase,” Nixon said.

Nixon is referring to a Senate resolution (SJR 854) that would allow companies to pay “hard to higher workers” less than minimum wage. St. Petersburg Sen. Jeff Brandes, who sponsored the resolution, said the goal of the resolution is to encourage employers to hire workers that have higher rates of unemployment, especially in minority populations. The resolution does not define a “hard to hire” employee.

Sen. Annette Taddeo renewed her calls to expand Medicaid to low-income individuals under age 65 with a Senate resolution (SRJ 276).

“While Gov. DeSantis and Republican legislators continue to do nothing to improve health care for Floridians at the behest of big insurance and big pharma, my Democratic colleagues and I will be fighting for you, the people,” Taddeo said.

“Our state budget is a statement of our values as Floridians,” he said.

Smith called for an end to corporate tax breaks and tax cuts for voucher schools, repeal of the multi-billion dollar toll roads proposal known as M-CORES, the legalization and regulation of recreational marijuana and criminal justice reforms.

“We’ll use those savings where it counts: investing in our small businesses, improving our public schools and colleges, modernizing roads and infrastructure, and creating jobs that actually pay a living wage,” Smith added.

Sen. Victor Torres spoke on affordable housing in Florida and urged his colleagues not to again take funds from the state’s affordable housing trust fund. While the Sadowski affordable housing fund went untouched last year despite $1 billion in budget cuts, previous years had seen various amounts “raided” from the fund for purposes other than housing, a practice Torres hopes lawmakers will continue to avoid this year.

“Tragically, while rents and the cost of housing have skyrocketed in every community throughout Florida, Gov. DeSantis and Republicans in the Legislature have done nothing,” Torres said.

The lawmakers created a website for people to provide feedback on where they think they state’s budget should be spent.