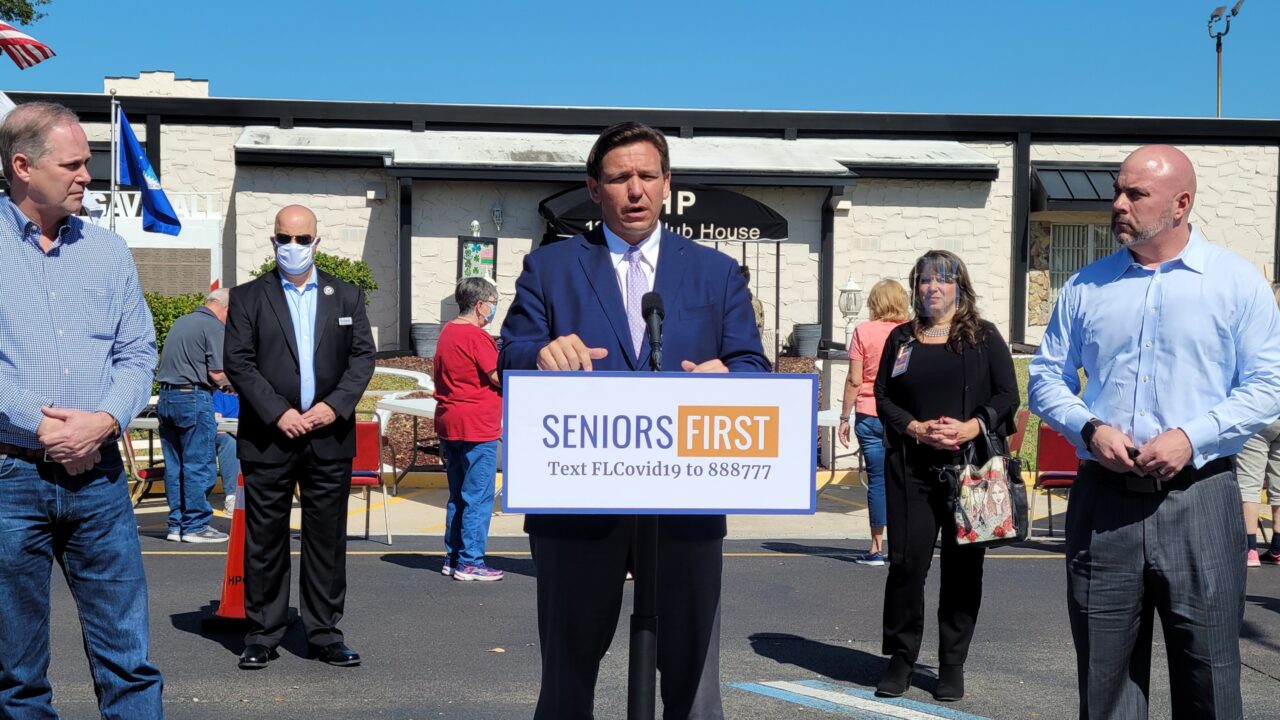 The Governor warns of a one-shot drought.

Florida’s Governor warned Wednesday that the one-shot Johnson & Johnson vaccine would not be distributed to the state “for the foreseeable future.”

Gov. Ron DeSantis, addressing media at a vaccination site in Palm Harbor, said that it could be two or three weeks before the most recently approved vaccine is supplied to Florida again, and urged people to consider Pfizer or Moderna instead.

“We have no more J&J coming for the foreseeable future. For the next two or three weeks, we’re not anticipating any J&J, and I don’t know what the issue with that is. Hopefully we’ll get more of that soon,” DeSantis said.

“I think the J&J has been very popular,” he said later in the press conference, noting the single-dose vaccine is appealing to people interested in a one-and-done approach.

It’s not all bad news, though. The two-dose vaccines are available, the Governor noted, even if not as available as he might like.

“We’re still not where we want to be on supply,” DeSantis said, describing flow overall as “pretty stagnant” on those two-shot alternates to the single-jab J&J.

For those who have been “waiting on the J&J,” the Governor recommends “getting the Pfizer or the Moderna if you can do it.”

“Because I can’t guarantee you the J&J’s going to be available the next week or the week after or even, unfortunately, we’re looking two or three weeks into the future when we don’t have those allocations.”

“That’s what we’re looking at,” DeSantis said. “It’s beyond our control.”

Despite the shortages, the Governor vowed to lower the age of eligibility to 55 “sometime in March,” adding another 1.5 million to the group of those eligible for vaccinations.

“We can get that done even at the current stagnant supply,” DeSantis assured onlookers, noting demand has softened, and that with “more availability” the age could be lowered.

“If we get the J&J flowing, a little bit more on the Pfizer and Moderna, once that happens, you’d be able to open it up to everybody, I think, because I think the supply would be sufficient.”

“We’re not quite there yet, better than we were two months ago, but we’re not getting the type of doses where it’s just going to be readily available to everyone without an appointment or anything like that,” the Governor added.