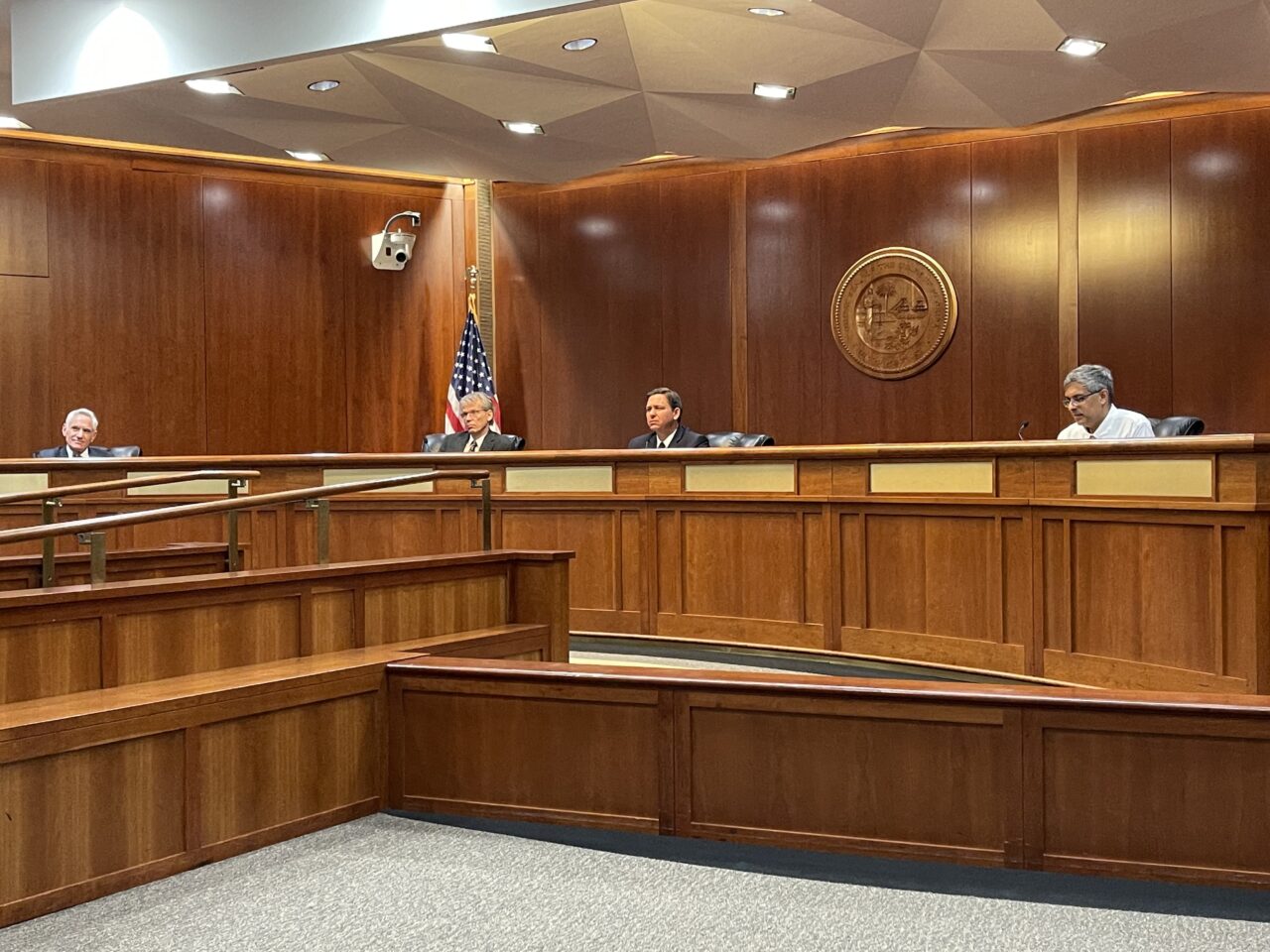 Many of the experts on the Governor's panel have faced public criticism for their pandemic viewpoints.

Lockdowns, masks, contact tracing and distance learning all drew the ire of the panel, which convened as the Governor continues his campaign arguing that mandates backfired in states like New York, California and Illinois.

Among the most prominent of the panelists the Governor said were “cutting against the grain” was Dr. Scott Atlas, a late appointee to the Trump administration’s White House Coronavirus Task Force.

Lockdowns failed to stop infections, but they also led to poorer health outcomes in arenas outside the pandemic, he told reporters. They destroyed families, lives and students’ education, he added.

“This is really one of the historic, epic tragedies, really, of what happened during the pandemic management,” Atlas said. “It was advocated by many of my other task force members to do the lockdowns. They got what they wanted, and it’s a failure.”

Sunetra Gupta, an Oxford University professor and infectious disease epidemiologist who Zoomed into the panel, attempted to dispel fears that virus mutations could run rampant without lockdowns. With new strains, people likely already have an underlying immunity. And if people do develop symptoms, they would likely be less severe, she said.

Gupta said the purpose of lockdowns have also “mutated” from an attempt to prevent the spread to new regions and to help hospitals keep their capacity under control.

“It mutated to, let’s use lockdown to suppress the infection,” Gupta said. “I don’t know where that came from. It seems to come from nowhere.”

Some places, like Israel, are using “vaccine passports” to allow people to live normal lives. Florida won’t be doing that, according to the Governor. The state may even preempt places from requiring vaccine passports, like it preempted local governments from applying mandates.

“If folks try to start doing it privately, we may have a role to play there as well because I do think it’s unacceptable,” DeSantis said.

There was a resistance to acknowledging herd immunity, said DeSantis, who has pushed back against characterizations that his COVID-19 strategy has been to achieve widespread immunity through infections. Atlas added that herd immunity is ingrained in decades of biological knowledge.

“If you said that, you were pilloried,” Atlas said.

Contact tracing is an important tool to control some diseases, but Dr. Martin Kulldorff called applying it to a pandemic “naive to the max.” Public health experts don’t know the first cases of the virus, meaning it was already widespread before experts began tracking it.

Instead, Kulldorff said the current insufficient contact tracing effort has been destructive to the tool when a novel disease hits.

“(People) see it’s useless and they don’t want to tattletale on their friends and so they refuse cooperation,” Kulldorff said.

For diseases like Ebola, which didn’t reach endemic status, contact tracing is critically important. Next time contact tracers need to step in, people are going to cooperate less because of their experience during the COVID-19 pandemic, Kulldorff continued.

As late as July, mayors in South Florida were complaining that they had insufficient contact tracers. That followed a bungled coordination between the Governor’s Office and the Miami-Dade Mayor’s Office.

DeSantis also hoped to reinforce his decision to reopen all classrooms for the 2020/2021 school year.

“How do you teach a child to read with face masks on Zoom?” Bhattacharya asked. “Children develop by watching other people, and I think it’s developmentally inappropriate and it just doesn’t help on disease spread.”

The World Health Organization has advised against wearing masks while exercising, because it can make breathing more difficult and sweat buildup can lead to microorganism growing. Atlas called requiring masks in gyms “unnecessary” and “harmful.”

Bhattacharya refuted findings that masks help limit the spread of COVID-19. They have given people a false sense of security, he added, making them take more risks than they should.

“The mandates themselves have created social division in ways that are just really to be regretted,” Bhattacharya said. “Public health is to create some source of unity, not the kinds of division and moralization of behavior that it has created.”

At the same time he made the unity pitch, the panel stressed the need for opposing viewpoints from scientists.

DeSantis, who is promoting a bill this Session to prevent social media censorship, asked Atlas about being on the receiving end of censorship. Atlas called social media platforms taking down contrarian outlooks, like his YouTube videos on reopening schools, harmful to the pandemic discourse.

“When you extend that to the rebukes of universities for speaking against accepted narrative, you interfere with the process to achieve the truths that we need to seek,” Atlas said.

The Governor has often invited controversial health experts to help promote his pandemic response. He previously hosted Atlas soon after classrooms began reopening for in-person learning on the first day of school. And in September, the day after he first hosted Kulldorff and Bhattacharya, DeSantis lifted state-level pandemic restrictions.

Now a year into the pandemic, the Governor reflected on the lessons learned and the “damage” done.

“I do think there’s a lot that people can learn, and I think you guys have been very outspoken,” DeSantis said. “I think it’s had a really positive impact, and hopefully we’ll continue to have a positive impact going forward.”