Areas lack connectivity because there aren’t enough potential customers for private companies to make a profit. 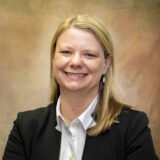 One year ago, all of America began to confront the new reality of a pandemic, including the migration of business and education to the internet. Schools, universities and businesses quickly began to adjust and, just as quickly, deep divisions in internet and broadband access were exposed.

In particular, the disparities in broadband access in urban and suburban areas, as compared to rural parts of the state, were laid bare.

And they were dramatic.

Broadband is almost exclusively provided by private, for-profit cable and telephone companies. Those companies have chosen to provide their services in areas where they can make the most money. Their failure to venture out to Florida’s sparsely populated rural areas is a decision based on profitability.

Similarly, in the early part of the 20th century, electricity – just like broadband now – was becoming a necessity for modern life.

The electric utility monopolies of the time engaged in anticompetitive behavior and made decisions on which areas to serve based on profit, which led to the creation of municipal electric utilities and rural electric cooperatives.

Now, the 33 Florida municipal utilities that stepped in to fill the breach 100 years ago to provide electricity to cities ranging in size from Moore Haven to Jacksonville are the targets of eerily comparable anticompetitive behavior in the form of HB 1239 and SB 1592.

This legislation would require municipal electric utility customers to subsidize out-of-state, for-profit companies with no promises to deliver broadband to rural, underserved areas.

Broadband and telecommunications companies use electric utility infrastructure to attach their devices as a means of delivering services. SB 1592/HB 1239 claims that lower pole attachment fees statewide are necessary to attract private investment and bring broadband access to underserved communities.

Pole attachments come in various sizes, shapes and weights, have varying requirements to ensure safety and reliability, and bring varying costs to the utility depending on the type of device. This legislation would require municipal electric utilities to provide private companies with unfettered access to their poles at a capped rate no matter the actual costs, therefore subsidizing these giant, for-profit companies.

At the same time, this legislation would allow these same companies to enjoy a huge financial windfall thanks to a new tax break.

However, there are also several small municipal electric utilities proudly serving more rural communities, including Havana, Blountstown, Fort Meade and Wauchula. Residents in these communities do not enjoy the same connectivity.

Oddly, the bills do not require the same subsidies from customers of Florida’s 16 rural electric cooperatives, who are far more underserved with broadband than are customers of municipal electric utilities.

Underserved communities are not lacking broadband because attachment rates are high. These areas lack connectivity because there aren’t enough potential customers for these private companies to make a profit.

Florida’s broadband urban versus rural gap is real and concerning.

Unfortunately, beyond a money grab by major private-sector companies, these bills do nothing to help the Floridians who most need greater access to broadband.

Amy Zubaly is the executive director of the Florida Municipal Electric Association.