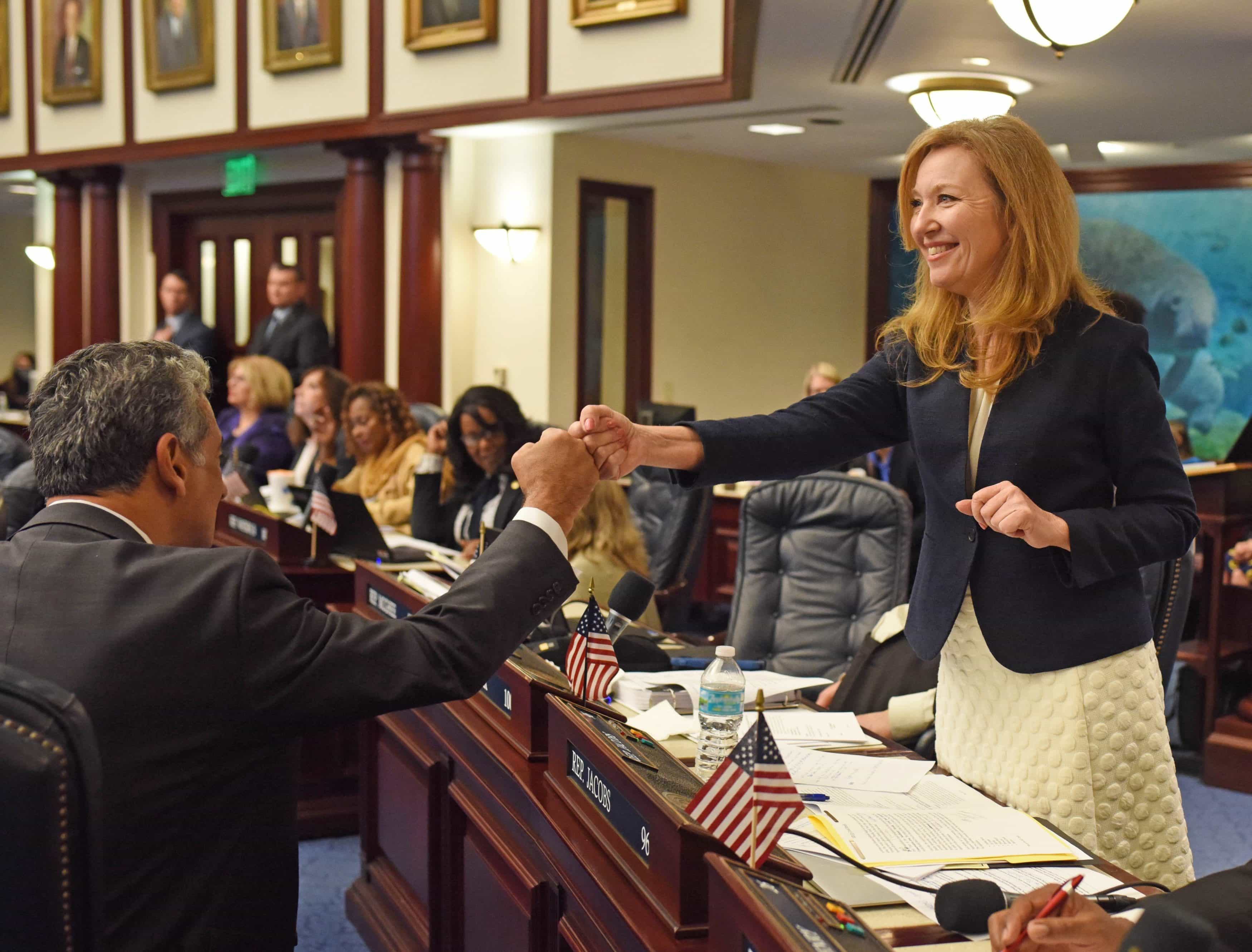 Jacobs passed away in 2020 following a legislative career focused on the environment.

That bill succeeded on a 119-0 vote. Republican House Speaker Chris Sprowls then offered members a chance to vote on whether to serve as co-sponsors for the measure. All 119 House members agreed to do so.

Hunschofsky presented the bill Thursday while surrounded by more than a dozen of her legislative colleagues. The Southeast Coral Reef Ecosystem Conservation Area runs along the southeast coast near Martin, Palm Beach, Broward and Miami-Dade counties. The measure requires the Florida Department of Environmental Protection to place markers along the path noting the name change.

“Rep. Jacobs was passionate about protecting the environment and built her career on climate and resiliency policy. Her goal was always to make a positive difference,” Hunschofsky told lawmakers during the committee process.

“She worked in a bipartisan way to preserve Florida’s national treasures so that the public and future generations would be able to access and enjoy those resources.”

Jacobs battled cancer toward the end of the 2020 Legislative Session. Though she was living out her final weeks, she continued advocating for her measure banning the import and export of shark fins in Florida.

“We lost her during the time of COVID and the pandemic, so we didn’t have an opportunity to come together. This is the first time that we’re together to celebrate her life,” said House Democratic Co-Leader Bobby DuBose during debate.

“Kristin Jacobs was more than a member in this chamber. She is a friend, she is a fierce fighter, and she is a uniter.”

DuBose entered the Florida House alongside Jacobs after each won a House seat in 2014.

“The state of Florida is a better, more environmentally focused and environmentally friendly place because of Kristin Jacobs, her dedicated service and her leadership in environmental policy,” Hunschofsky added Thursday when speaking on her bill.

“I can think of no greater way to honor Kristin’s legacy.”

Book’s companion bill has one more stop in the Senate Appropriations Committee before reaching the full Senate floor.