House Speaker Chris Sprowls on Tuesday outlined a plan to extend Medicaid coverage for pregnant women for one year after delivering their babies. Currently, mothers are covered for two months after the birth.  The $240 million extension, unveiled with bipartisan support, will fall under a Medicaid conforming bill on the Health Care Appropriation Subcommittee’s agenda later this week. Most of the funding would come from the federal government, with the state’s share of the bill measured at $92 million. Sprowls credited a teary-eyed Rep. Kamia Brown as the driving force behind the legislation. Here’s your nightly rundown.

Privacy, please. A proposal (HB 969) to give consumers the right to control how their personal data is shared and sold by online companies cleared its second House panel with a bevy of amendments.

Dim futures. A heavily reworked plan (SB 86) to prioritize Bright Futures scholarships for some college majors moved forward in the Senate, though some worry the original plan could return.

Hands off. Legislation (SB 1140) to create criminal penalties for handling another person’s DNA data without their consent cleared its second Senate committee with a unanimous vote.

Eyeball wars. A proposal (HB 631) that would allow optometrists to perform certain eye surgeries and prescribe an expanded list of medications cleared its first committee in the House.

High voltage. Bills (SB 138/SB 140) that would fund expanded charging infrastructure through a new fee on electric vehicles are ready for their final committee stop in the Senate.

This again? A bill (HB 1559) that would revamp Florida’s alimony and child custody laws slipped through its first House committee with a 10-6 vote.

Keep it confidential. A measure (SB 1826) that would establish confidentiality between human trafficking victims and victim advocates earned unanimous approval in the Senate Criminal Justice Committee.

Parents’ rights. The Senate Education Committee signed off on a controversial bill (SB 582) that would create a “Parents’ Bill of Rights,” allowing parents to opt their children out of various programs.

Matters of the heart. A bill (SB 1656) that would shift funding in the Lawton Chiles Endowment Fund to cardiovascular research at the University of South Florida moved forward in the Senate.

Not very sporting. A Senate panel gave its approval to a controversial measure (SB 2012) to restrict transgender women’s ability to compete in women’s sports.

High octane. A House panel advanced a bill (HB 919) that would preempt local ordinances restricting the fuel types utility companies can use for energy production.

Green for grass. A bill (HB 1335) that would create a state-run seagrass mitigation bank made it through the House Environment, Agriculture and Flooding Subcommittee.

“We’re going to get to a point where it’s going to be available to everyone, it’s going to be relatively soon … way before May 1.” — Gov. Ron DeSantis, on when COVID-19 vaccines will be open to all Floridians.

Your Metz Husband Daughton-sponsored question of the day is: Detachment Hotel, a bunker on Peanut Island in Palm Beach County, was designed to be used by which President in the event of a nuclear war?

Last time, we asked: After the 55th day of a Regular Session and during any extended or Special Session, what is the House deadline for main floor amendments?

Answer: Not later than 2 hours before Session is scheduled to convene on the day a bill appears on the Special Order Calendar.

Among the answers received, no one guessed it right — it was a tough one! So, on to the next question! Remember, the more you play, the better chances you’ll win! 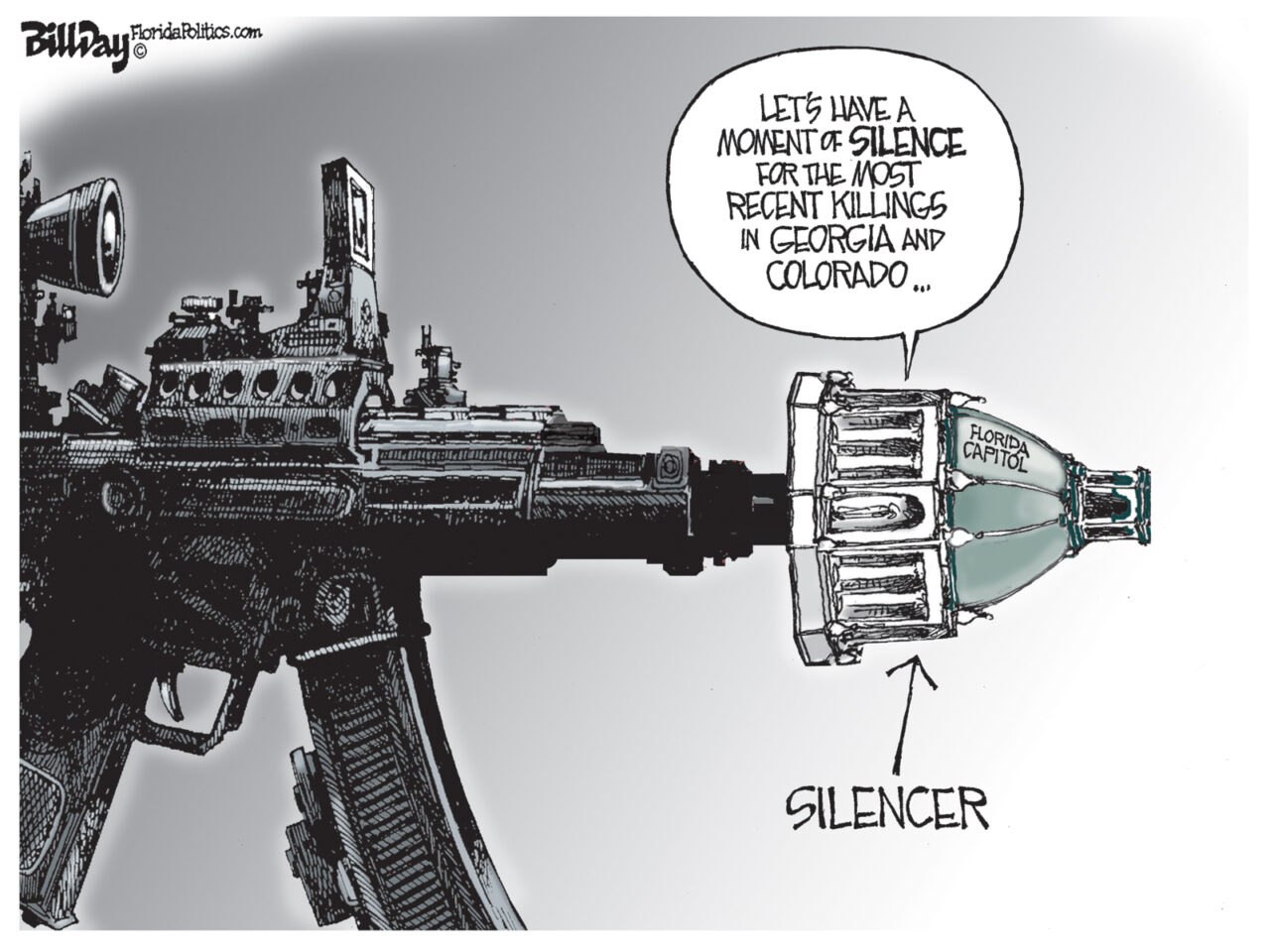 Rep. Andrew Learned is balancing his moderate views with an inbox full of feedback from constituents. He is the only Democratic representative to sit on all three committees that heard the tension-flaring anti-riot bill. We talked to the Brandon representative about that, plus how his Navy experience shapes his views.

Florida Politics: You were the only Democratic Rep to be on all three committees where HB 1 was heard. Talk about how that has affected your inbox.

Andrew Learned: Last I looked, I had just crossed over 13,000 emails. I think the biggest thing, honestly, is just the diversity and the fact that there’s pro-life groups in there, religious institutions, police departments — you know over the funding issues, the Florida League of Cities is on that, and obviously, the people that have made themselves vocal in the Capitol — the BLM protesters, people like that. So, it’s kind of uniting everybody in opposition.

Florida Politics: You are one of a handful of Democratic lawmakers to serve in the military, and you’ve talked about your experiences with guns on a couple of occasions, one to mention was in a committee meeting on the bill (HB 259) to allow guns in churches, even if the church has a school on its premises. How has your military experience shaped your views on gun legislation?

Andrew Learned: I said it in committee last week, I used to carry an M-4 rifle and a nine-millimeter pistol on missions overseas, and I’ve seen what they can do. So, I am drawing a hard line against putting weapons in our kids’ schools. I’ve said many times; I’m for common-sense gun safety rules. And the bills I’ve heard so far (referring to HB 259) they were about putting guns in classrooms, so I’m just dead against that. I went to the committee prepared to vote yes. I have no problem with guns being in the church — I probably won’t go to that church, but that’s fine. But then, in testimony, Chair [Cord] Byrd presented the bill, and Byrd said the intent was to put the guns in the classrooms and in the school portion. So, with that, they lost my vote.

Florida Politics: You won your district by a fairly slim margin — not quite 1,300 votes after the tally was complete — does a close election shape how outspoken you can be on the issues?

Andrew Learned: I think I got elected because I feel comfortable in the center. I don’t think being in a close election makes you more moderate. I think being a moderate is what got me through a close election. It’s like a chicken or the egg kind of scenario. But there are plenty of bills that are partisan where I’m probably as fired up as anybody else about an overreach into personal rights or that sort of thing. But then there’s lots of other bills; I voted in favor of the COVID liability protections. I was one of 4 Democrats to break ranks on that. I voted for the moment of silence, that had some partisan issues with it too this past week. If you go look at my record, so far, I would be shocked to find somebody who’s more moderate than me. That said, I’m obviously a very outspoken critic of HB 1. I was part of the state’s Democratic State of the State response. So, I have no problem speaking out when I need to. 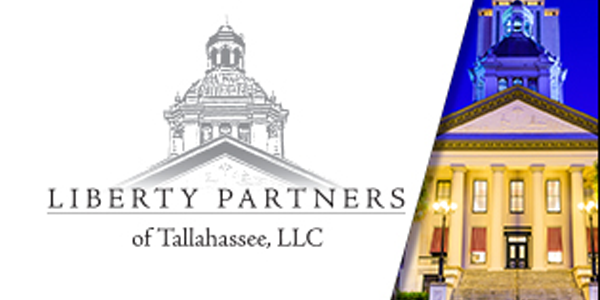 MedMen Enterprises recently announced plans that could allow it to greatly expand its footprint in the Sunshine State.

The cannabis company sold $20 million (CAD) worth of shares to fund efforts to boost its production levels in Florida. The company has 16 prime leased dispensary locations in the state, with 4 operational dispensaries.

Since Florida law requires medical cannabis companies to be vertically integrated, MedMen has hit a bottleneck.

Its Florida grow facilities currently harvest about 8,000 pounds of cannabis a year. The new goal is 22,000 pounds a year. The company also wants to and bring its Mary’s Medicinals suite of products and Dixie Brands edibles to the Sunshine State.

Hitting that mark, the company says, will allow it to expand to 15 storefronts within the next year.

“This past year, we have made tremendous progress on our turnaround plan with our cost-cutting initiatives, gross margin expansion, and focusing investments on our highest ROI opportunities,” MedMen CEO Tom Lynch said when announcing the plan.

“MedMen’s future has never been brighter. We believe we have the most recognizable brand in cannabis, an actionable strategic growth plan, and a disciplined management team that knows how to execute this turnaround.”

As the company puts its plan into action, it’s turning to the team at Converge Government Solutions of Florida on the lobbying front. Firm chair Jonathan Kilman and Cesar Fernandez registered to lobby for the company on Monday.

Converge’s represents a diverse set of interests, from the transportation sector to video game makers and even other cannabis companies. Though the client portfolio is broad, there is a common thread — most are the technological leaders in their industry. 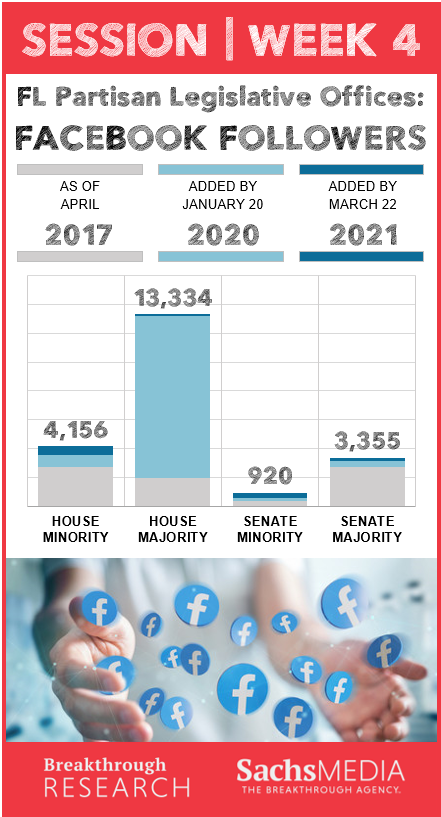 A bill (SB 786) to cap a month’s supply of insulin at $100 for people with health insurance will go before the Senate Banking and Insurance Committee at 8:30 a.m. in Room 412 of the Knott Building.

The Senate Community Affairs Committee will take up a bill (SB 426) to preempt local government ordinances regulating seaports. The committee meets at 8:30 a.m. in Room 37 of the Senate Office Building.

The Senate Transportation Committee will hear a bill (SB 1412) to update requirements for pedestrian crosswalks when it meets at 8:30 a.m. in Room 110 of the Senate Office Building.

A resolution (SR 1074) to condemn White nationalism and White supremacy will go before the Senate Governmental Oversight and Accountability Committee when it meets at 11:30 a.m. in Room 37 of the Senate Office Building.

The Senate Health Policy Committee will hold a confirmation hearing for newly appointed Agency for Health Care Administration secretary Simone Marstiller when it meets at 11:30 a.m. in Room 412 of the Knott Building.

“Ron Be Gone,” a political committee working against Ron DeSantis’ 2022 reelection, will hold a virtual news conference “focused on Ron DeSantis’ corrupt tenure as Governor and his failure to protect and provide for working Floridians during the pandemic.” It begins at 1 p.m. To attend, send an RSVP to [email protected].

The Senate Health and Human Services Appropriations Subcommittee will discuss agency budgets for AHCA, APD, DCF, DEA and DOH when it meets at 2:30 p.m. in Room 412 of the Knott Building.

The Senate Transportation, Tourism and Economic Development Appropriations Subcommittee discusses the budgets for DEO, DEO, the Department of State, the Department of Military Affairs, FDEM and DHSMV. The committee meets at 2:30 p.m. in Room 110 of the Senate Office Building.

Agriculture Commissioner Nikki Fried, Rep. Jenna Person-Mulicka and Rep. Scott Plakon are expected to speak at the Florida Commission on the Status of Women’s “2021 LEAD Summit.” It begins at 3 p.m. and will be streamed online.

The Senate Education Appropriations Subcommittee will take up a bill (SB 1372) that delivers free books to K-5 students identified as struggling readers. The committee meets at 4:30 p.m. in Room 412 of the Knott Building.

— The Senate Agriculture, Environment and General Government Appropriations Subcommittee meets at 4:30 p.m. in Room 110 of the Senate Office Building.

— The Senate Criminal and Civil Justice Appropriations Subcommittee meets at 4:30 p.m. in Room 37 of the Senate Office Building.

— House Judiciary Committee meets at noon in Room 404 of the House Office Building.

— House State Affairs Committee meets at noon in Room 212 of the Knott Building.

— House Regulatory Reform Subcommittee meets at 3:45 p.m. in Room 212 of the Knott Building.