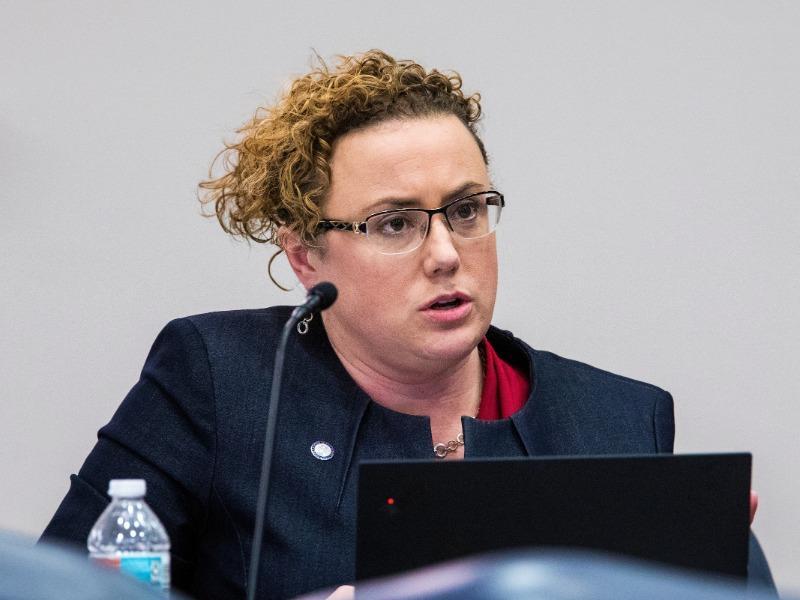 The House passed the measure last year on a near-party line vote.

Controversial parental rights legislation cleared its final House committee Wednesday, clearing the way for it to go before the full chamber.

The bill would make clear state and public schools cannot infringe on the “fundamental rights” of parents to direct the upbringing of their child, including any decisions about education, health care, and mental health.

Vero Beach Republican Rep. Erin Grall is once again spearheading the measure (HB 241) one year after the House passed it nearly on party lines, but died in the Senate. The Senate companion (SB 582), carried by Estero Republican Sen. Ray Rodrigues, awaits a hearing before its final panel after the Senate Education Committee approved it Tuesday.

“This is meant to provide a road map to the parents and to the bureaucracy to say this is how we should interact together,” Grall told the House Education and Employment Committee.

The bill makes clear only a parent can decide on religious upbringing or make any health decisions for a child. Permission must be granted for any type of biometric scan of a child or for any type of records on blood type or DNA to be collected. The legislation limits when video can be taken of a child and requires consent from a parent before law enforcement can access education records in most cases.

But some of the notification requirements concern many, including LGBTQ advocates. There’s fear the requirement to notify parents regarding mental health services could prematurely out children as gay or transgender before they’ve chosen to come out to their parents. Children in that scenario may want that information to remain confidential.

The committee approved the bill on a 15-6 vote, with all Republicans voting in favor. The only Democrat to join them was Miami Rep. James Bush.

“Read the bill,” Grall challenged her Democratic colleagues. “Read the bill very specifically and see where your objections may be, because I think it’s difficult.”

“I find it offensive that there are people that want those school districts to have more say over my child than me,” he said.

Palm Harbor Republican Rep. Randy Fine called the idea that school bureaucrats should be trusted more in a student’s upbringing than their parents “arrogant.”

“Frankly, it’s a sad day today. It’s a sad day that we need a bill like this. It’s even sadder — the opposition that we hear to it,” Fine said. “We literally heard that they believe it is the role of bureaucrats to protect children from their parents.”

Tampa Democratic Rep. Susan Valdés agreed it was a “sad day” that schools should have to dictate to parents how to act. But she wanted to give children without supportive households “a voice” on the panel.

The House version is on its way to the floor, but the Senate version awaits its final hearing in the Senate Rules Committee. The legislation would take effect in July.

previousMore tragedies mar third anniversary of March For Our Lives