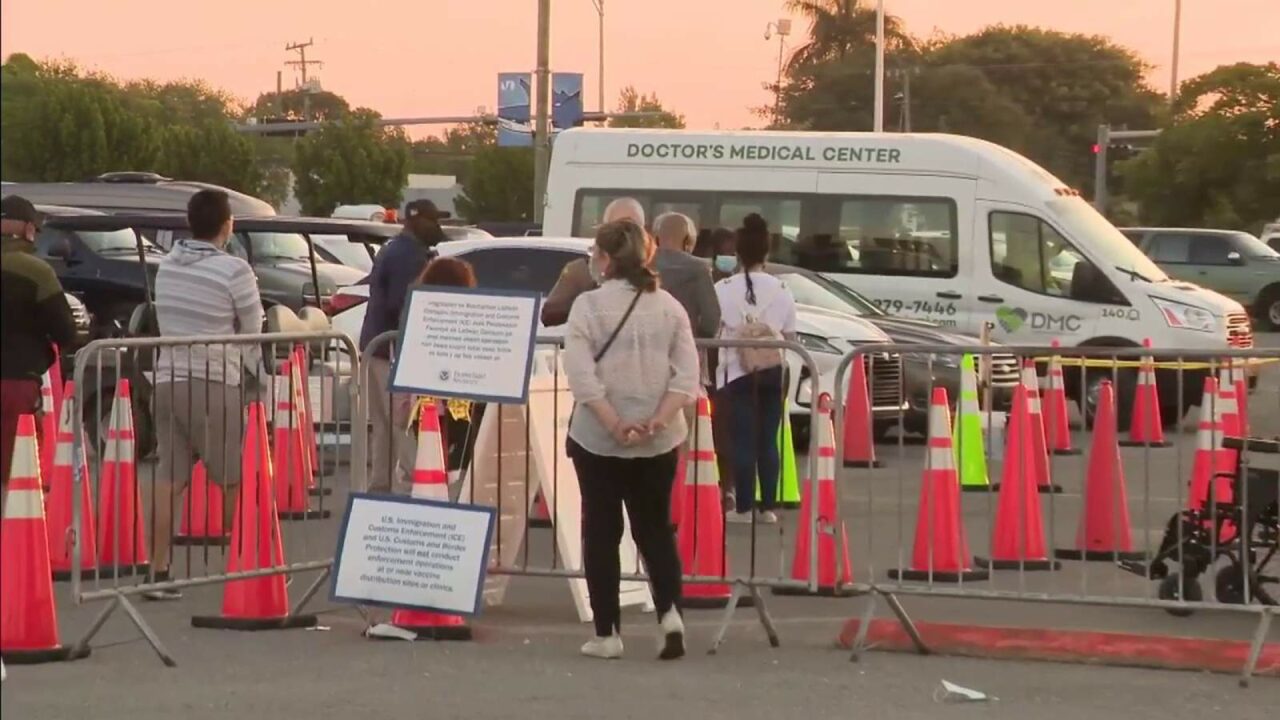 Florida is set to receive 300,000 doses of Johnson & Johnson vaccines early next week.

Florida’s four federally-supported vaccination sites will only administer the Johnson & Johnson vaccine starting Tuesday, according to an announcement made Friday by the Florida Division of Emergency Management (FDEM).

The change was made “in order to reduce confusion” about when to get first and second doses, according to a press release from FDEM. The Johnson & Johnson COVID-19 vaccination can be delivered in one shot. Other COVID-19 vaccinations require a series of shots.

The release said the switch would streamline the vaccination process at the federal sites, which are located in Jacksonville, Orlando, Tampa and Miami.

Each site can administer up to 3,000 COVID-19 vaccinations per day.

Florida is set to receive 300,000 doses of Johnson & Johnson vaccines early next week, which FDEM said will make the change possible.

Initial shipments of the Johnson & Johnson vaccine were inconsistent.

But Wednesday the Governor said he expects all vaccine brands to become more readily available over the next two months.

“If you have folks who want it, who haven’t been in those higher age groups up to this point, the time is very near where they’re going to be able to get it with relatively little hassle,” DeSantis said

“By the time we get to May, my guess is there will probably be a surplus built up, so it will really be about public messaging and letting people know it’s out there,” the Governor added.

Second doses of the Pfizer vaccine at the federal sites will still be offered for people who have already received their first dose at the sites. Second dose shots will also be offered at smaller federally-run “satellite” sites.

Once the satellite sites finish administering all second doses, they will no longer be operational.

nextTakeaways from Tallahassee — Easter is brought to you by ...