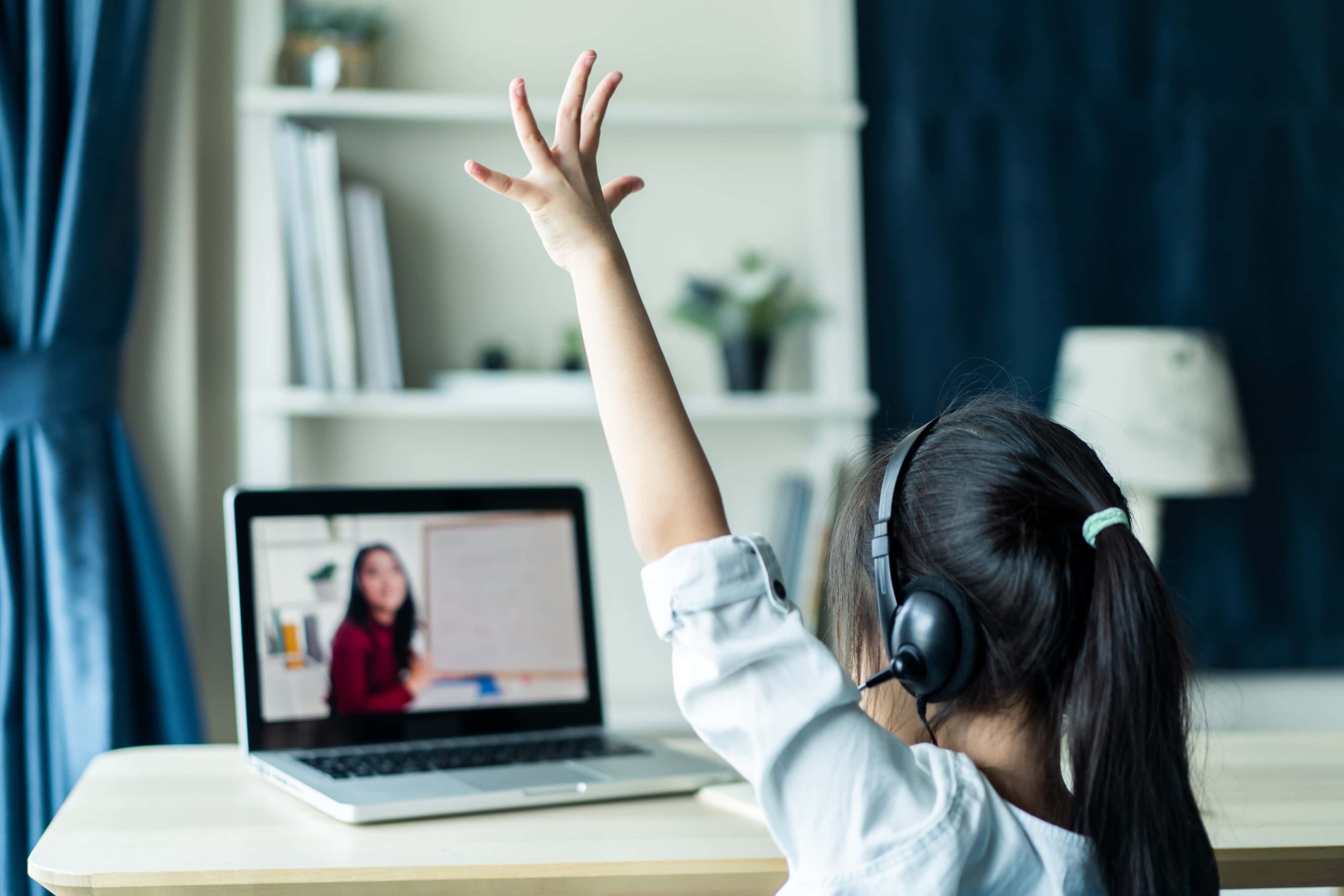 The budget would leave many parents with one option, or no option at all.

A budget bill in the House has the potential to end many virtual school options and funnel students into Florida Virtual School.

Essentially, the law allows a county school district to set up a statewide virtual school. Only a handful of school districts have done so, and most of them are large districts, such as Duval and Hillsborough.

But a couple of small school districts have entered the field. The most notable is Hendry County.

Hendry is one of the least populous counties in the state, with about 40,000 residents. Hendry is best known for its agricultural community. The school district, historically, is not as noteworthy.

The Hendry school system is relatively small. A few years ago, there were between 6,000 and 7,000 students overall. But that number has soared since Hendry County launched a virtual school.

The virtual option has become exceedingly popular exceptionally quickly, at least on Hendry’s scale. The pandemic has only accelerated its growth. Now, more than 6,000 Florida students are enrolled in Hendry’s virtual school — nearly doubling the size of the district in short order.

It’s unclear why Hendry County of all places is drawing in thousands of out-of-district students, but the answer appears to be word of mouth. Parents, especially parents of minority and special needs students, are starved for options and Hendry takes all comers.

By all accounts, parents and students are satisfied with the program.

The education budget bill would cap the number of out-of-district students a county school district-run virtual school could accept by requiring at least half of enrolled students live within the county.

The provision would threaten virtual enrollment in all districts, but large districts would be more able to absorb the hit.

In Hendry, however, the cap would limit the county virtual school to just a couple hundred students, making it financially unviable.

A virtual school requires infrastructure, equipment, internet connectivity and employees, most of which are expenses that don’t shrink commensurate with enrollment.

With only a couple hundred students, Hendry’s school district would go under. Especially considering the complex method by which virtual schools are paid.

Similar to brick-and-mortar schools, virtual schools are funded on a per-student basis. They aren’t funded at the same level, as there are no building maintenance fees or other costs unique to in-person instruction. It adds up to about $2,000 less than the per-student allotment received by traditional schools.

But virtual schools don’t receive any money up front, and are instead funded through what’s known as a “completion model” — while in-person schools get funding based on the number of kids who show up to school, virtual schools only get paid once a student is promoted to the next grade.

And, if a virtual student leaves mid-year for an in-person school, the virtual school they used to attend doesn’t get paid.

Alongside the funding rules are strict accountability measures. Charter school contracts are terminated if they get two consecutive Fs in Florida’s grading system, while virtual schools are shut down if they earn two Ds within four years.

In most counties, the sole option would be Florida Virtual School.

For most students, FLVS is a perfectly acceptable option. It also has high enrollment numbers allowing it to easily cover fixed operating costs and absorb losses — if a handful of students went back to in-person schools, it wouldn’t wreck their budget.

But what works for most, doesn’t work for all.

That has seemingly been a core tenet of the school choice narrative the Legislature has embraced for the past two decades. Even this Session, lawmakers are considering a massive expansion to school choice vouchers.

The author and main supporter of HB 5101, Brevard County Rep. Randy Fine, has said the bill was drawn up to stop some shady behavior among virtual school vendors.

The issues have a heretofore nebulous description and are of uncertain origin, but the gist is Fine believes virtual schools are “laundering students” and paying school districts to funnel students their way. He claims he has heard the going rate is $1,000 per student, though he hasn’t cited any evidence to back up those claims.

For that fee to be $1,000, virtual schools would have to pull in $20,000 per student. The actual allocation is closer to a quarter of that, so the fee amounts to a few hundred bucks at most.

Outside of Fine’s vague insinuation, no virtual school has been accused of paying districts directly before, during or after a student enrolls.

FLVS educates about four out of five virtual school students in the state, and Fine’s bill would likely boost them to a near — or virtual — monopoly by suffocating smaller schools with strict enrollment caps.

While most current virtual students would be able to attend FLVS, it would not be able to take all of them.

Unlike in-person schools and some virtual school alternatives, FLVS doesn’t accept all applicants. It has GPA requirements and testing requirements. Perhaps the most prohibitive requirement: Students must provide their own computers, internet, email addresses and phones.

By contrast, 57% of students enrolled in the Digital Academy of Florida — the vendor for Hendry County’s virtual school — meet the criteria for free- and reduced-price lunch, and by extension qualify to receive a computer and printer from the company. They’ve shipped out more than 3,600 computers and printers to enrollees since the beginning of the 2019-20 school year.

The same cohort of students also qualify for an internet service reimbursement if they complete the school year at Digital Academy of Florida.

Though the law currently requires county school districts to offer multiple virtual school options, vendors that provide equipment and subsidize internet connections are the only viable option for many students in low-income families.

If lawmakers remove the requirement for districts to offer three virtual school options, and cap the number of out-of-districts students who can enroll, it would leave Florida Virtual School as the only option — and, for some students, FLVS isn’t workable.

HB 5101 has puzzled many school-choice advocates. After the bill was introduced, the Florida chapter for the National Coalition for Public School Options sent an email to parents warning them that the bill could jeopardize their child’s enrollment.

PSO also alerted its membership that the bill would scratch out the Reading Scholarship Account Program and the Virtual Education Contribution, which would further increase the funding gap between in-person and virtual students.

The gap is currently about $2,000, with the per-pupil rate set at $5,230 for the current school year. Factoring in students who do not advance grades, per-pupil funding falls to $4,184 — more than $3,000 less than per-pupil funding for in-person students and far below the national average for virtual students.

“Virtual schools are just like other schools in one critical way — one size does not fit all.  Centralization of the control of all statewide virtual education is the exact wrong way to move. State centralization in particular never produces more choice, options, or innovation in the long run,” the PSO email reads.

“There is no valid reason to return to any kind of system that does not allow any virtual school in Florida that has both the capacity and desire to serve any student in Florida from doing so, and for any parent, no matter their zip code, from being able to choose that school.”

The anti-school choice nature of HB 5101 stands in stark contrast to other measures zooming through the Legislature.

Next to those bills, HB 5101 seems like a 180 on school choice and would institute something of a double standard.

“It’s uniquely anti-parental choice when the legislature is doing pro-school choice every day and twice on Sunday,” said Larry Williams, board chair of Florida Cyber Charter School, which operates in Duval and Osceola counties.

There are some concerns with virtual school funding that advocates on each side of the school choice movement agree should be addressed, such as whether school districts are using funds collected through local taxes to fund the education of out-of-district students.

Whether the state should adopt a so-called “one size fits all” approach to virtual schools is a policy that, as of now, appears to have a constituency of one.

nextSaying sports should be for all, Miami Heat opposes 'trans sports ban' bills