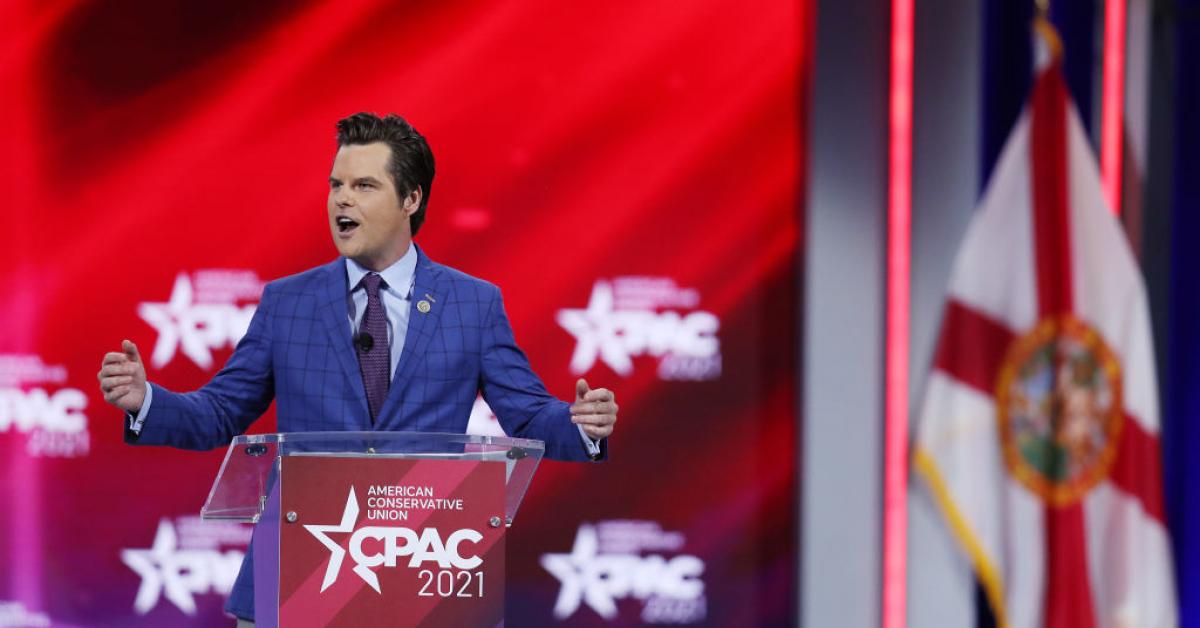 As Gaetzgate drags on, the embattled Panhandle Congressman at the heart of it vows he’s not leaving office.

“I’m going to fight like hell for my constituents and the country I deeply love. You deserve no less, especially right now,” U.S. Rep. Matt Gaetz wrote at the end of a Monday op-ed for the conservative Washington Examiner.

The column continues an attempt at an early week media blitz from the scandal-plagued Gaetz, which included a theoretically exculpatory press conference from a former member of his congressional staff.

Gaetz, reportedly the subject of a Justice Department investigation for sex trafficking involving a minor, used the column as an opportunity to protest the allegations and the reporting as politically motivated, including offering a number of unsolicited comparisons of his alleged misdeeds to those on the other side of the aisle.

Gaetz leads with a postulation that he is a “representative in Congress, not a monk, and certainly not a criminal,” before invoking the name of the Speaker of the House as a stand-in for “power-hungry hypocrites” seeking to do him in.

“Nancy Pelosi once defended President Bill Clinton after he got an intern to fellate him in the Oval Office. But when it comes to the allegation that I, a grown man, paid for an adult girlfriend’s expenses? Well, consider that a bridge too far for the power-hungry hypocrites,” Gaetz lamented.

The “leaks and lies” in recent days have come, Gaetz added, with “exactly zero credible (or even non-credible) accusers willing to come forward by name and state on the public record that I behaved improperly toward them, in the manner by which Democratic Gov. Andrew Cuomo has ten accusers.”

Gaetz cloaked himself in the battles faced by other conservative notables in bygone times.

“Just as they once falsely attacked President Donald Trump as a Russian asset, Justice Brett Kavanaugh as a gang rapist, and even John McCain as having fathered a child out of wedlock, they now attack me. Of course, none of what they say ever amounts to anything, yet it is endlessly repeated by leftist television anchors such as Chris Cuomo, who uses his platform to cover for his brother’s appalling subjection of nursing home patients to death by the coronavirus,” Gaetz wrote.

He defended his previous “lifestyle” as being within the bounds of legality, as political opponents sought to “sensationalize and criminalize” his “prior sex life.”

“My personal life is and always has been conducted on my own time and my own dime. Consensual adult relationships are not illegal. Although I’m sure some partisan crooks in Merrick Garland’s Justice Department want to pervert the truth and the law to go after me, I will not be intimidated or extorted. The battle for America’s future demands gladiators, and I am going to keep getting back up and fighting, every single day,” he wrote.