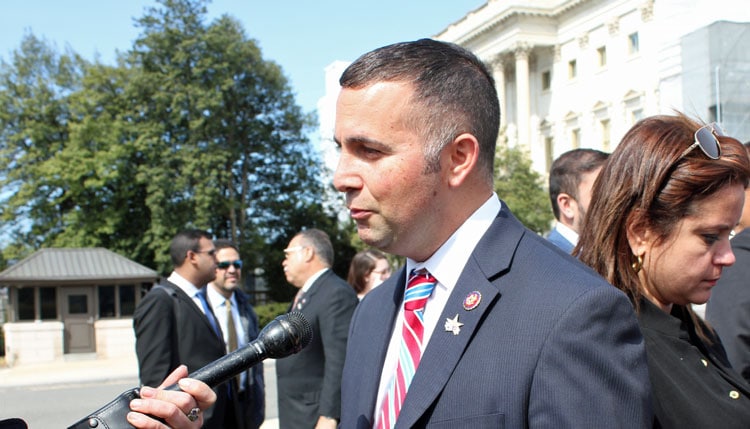 The pressing issue of Piney Point Reservoir was also brought up during the caucus meeting.

“One of the things that I’m going to encourage you all do is make sure we have an audit, or some ability to understand how that money was spent. We expected them to spend it, because we’re in the midst of a crisis, but $8 billion is something we want to certainly more than keep track around here,” Soto said during a Florida Senate Democratic caucus meeting Wednesday morning before the Senate floor session.

Soto also talked about future federal funding coming from the American Rescue Plan. He said state Democrats need to put together a spending plan for the money and urged them to put money toward health care.

“Otherwise, we can see just the last-minute push by the Republicans, and all you’ll get is a yes or no vote at the end. So, being proactive and being able to use this as a platform to not only highlight President (Joe) Biden and the Congress’ work with the American Rescue Plan, but it’s going to be a great platform for you all to highlight our common values and the needs of the state,” Soto said.

“It’s supposed to be COVID-related, but really it’s pretty open on how we can spend it. So, we’re going to roll out our own suggestions and get on the record,” Farmer said.

Soto also brought up contentious voting legislation (SB 90) brewing in the Senate, urging minority members to keep fighting the legislation. The bill would put up barriers to vote-by-mail by increasing the frequency voters have to request ballots and reducing drop-box availability, among other provisions. But Soto also suggested voting legislation at the national level could come into play.

“We want to make sure that you know as you’re dealing with a lot of new voter issues around here, there’s a good chance we could see an exception to the filibuster to pass the Voting Rights Act or HR 1. So, keep our heads up high on that, and keep fighting, because we know what’s at stake,” Soto said. “We saw in Georgia the issues that went on and these are attacks against communities of color.”

House Resolution 1 (HR 1) is the Democratic response to voting restrictions being put in place by Republican-led state legislatures. That bill passed the U.S. House, but its fate in the U.S. Senate is unknown.

The pressing issue of the Piney Point reservoir in Manatee County was also brought up during the caucus meeting.

“This is not going to go away. There will be breaches in the future,” Cruz said.

Florida Gov. Ron DeSantis declared a state of emergency Saturday after a significant leak at a large pond of wastewater threatened to flood roads and burst a system that stores polluted waters. Crews are still working to fix the issue.

“I think that we need to work on calling for some sort of standard on inspecting all of these pools, and sending divers in. We haven’t done that because it’s private property, it’s privately owned, but we need to take a look based on this,” Cruz said.

“You know this is private property. This is not Mosaic. It never was Mosaic. It’s a different company that walked away from this property, and now we are left holding the bag,” Cruz said.

The Piney Point budget amendment will come up during the floor Session, because the Senate budget bill (SB 2500) is on the agenda. A $2 billion increased budget projection released Tuesday is likely to factor into debate.

“This is our opportunity to call them out publicly on what is happening here, and how they are choosing to spend or not spend our tax dollars. The revenue projection was better yesterday than (what we saw in) December. We’ve got this federal American Recovery Act money coming in,” Farmer said. “Let’s be active asking questions.”