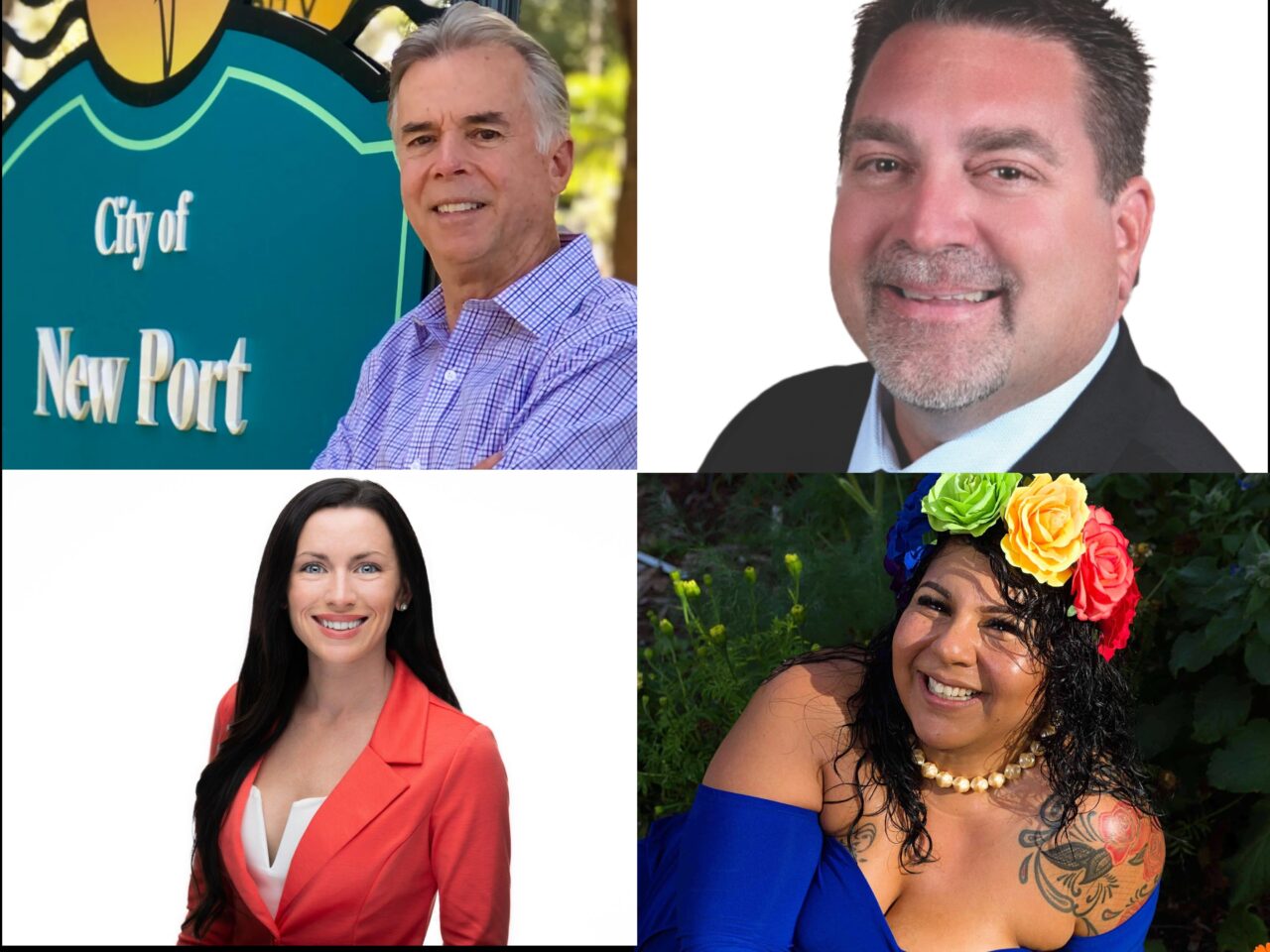 Two women hope to add diversity to the all White male board.

New Port Richey voters will have four candidates to choose from for two City Council seats on Tuesday.

While the race pits a pair of  incumbents against a duo of challengers, it represents something more — it’s a race with candidates who seek to challenge the status quo.

The incumbents include Matt Murphy and Mike Peters.

Murphy was elected to City Council in 2018, making this his first reelection campaign. Peters, on the other hand, has only been in office since last November, when he was appointed by members of City Council to fill the seat vacated by Jeff Starkey, who moved.

Both incumbents have lived in New Port Richey for decades. Murphy is the owner of an electrical contracting service. Peters owns an insurance company.

The two say their experience on the council will help them continue progress they’ve kickstarted.

“It’s not that no one else could do the job,” Murphy said. “It’s just that, once you get rolling on something you’re involved with it, you know the process, what’s going on, you don’t hiccup things or stall things.”

The incumbents both emphasized the work the council has done in developing the city’s downtown core.

The projects include Main Street Landing, a mixed residential-commercial project that opened last year after a decade spent developing. Murphy also highlighted work the council has accomplished to complete the historic Hacienda Hotel, which is set to reopen later this year. 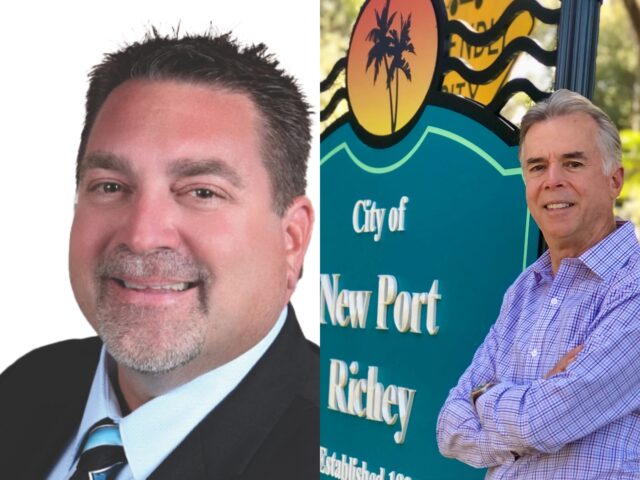 Murphy noted the council is looking to initiate several more projects in the next couple years.

While both incumbents applauded the work done in the downtown core, they acknowledged the council needs to shift attention to other areas.

“That momentum is strong, we don’t want to do anything to interrupt that,” Peters said. “But, I think that we can shift some of our attention outward a little bit from the downtown core. Spread this momentum, maybe some of our dollars, into our neighborhoods, and bring them up.”

“Number one is our citizens — making sure that we’re spending our tax dollars wisely, getting the best bang for their buck. It needs to benefit everyone, not just downtown neighborhoods,” Murphy said. “So, I’m very dedicated to that, making sure we’re spreading it out everywhere.”

Murphy and Peters also list the Pithlachascotee River, more commonly known as the Cotee River, and natural resources as a priority in their respective campaigns, as well as neighborhood safety. Peters wants to capitalize on the economic value of the river while also preserving it as an environmental asset. 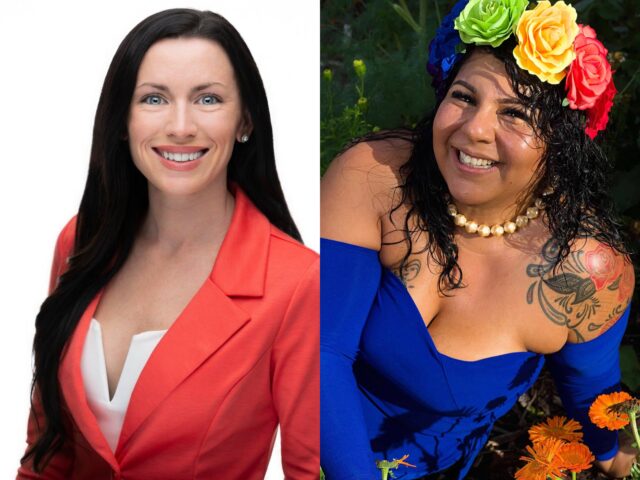 But Kate Connolly and Rachel Giuliani-Hagenbaugh want fresh eyes on the council. The two are challenging the incumbents, arguing the current council is out of touch with the needs of the community. The two stressed the need for more diversity within the council.

Giuliani-Hagenbaugh, who is of Ecuadorian and Colombian descent, believes she would be the first woman of color elected to the council if she won. Connolly, who is a part of the LGBTQ community, would also break barriers if elected to the board.

“I’m a mom just really trying to make a difference,” Giuliani-Hagenbaugh said. “I’ve noticed a huge disconnect when it comes to not only big government, but local government. Our current City Council is primarily older White men, and New Port Richey is diverse … I felt like there needs to be that inside, that perspective, of everyday residents.”

“I’ve always been planning to run,” Connolly said. “However, having an all White male council, and going through a time with a lot of progressive change — not only politically speaking, but also just in the redevelopment in New Port Richey — there’s a lot of progress and a lot of change happening, and I felt it’s a really important time to be involved.”

Giuliani-Hagenbaugh returned to New Port Richey as an adult after spending her formative years in the Pasco County city as a “military brat.” She says the council doesn’t understand the needs of the greater New Port Richey community.

She wants to use some of the funding relief provided by the American Rescue Plan to bring citywide wifi to residents, which she says will help many disabled locals who are confined to their home.

“It would dramatically increase the equality aspect when it comes to access to the internet,” Giuliani-Hagenbaugh said. “Many residents are disabled, are confined to their home, especially because of COVID, they can’t go to the library, as suggested by council.”

Giuliani-Hagenbaugh also wants to improve transportation in the city, a priority for residents with disabilities.

“Not having transportation, not only due to lower income but due to disability, there’s a lot of insight I bring on that,” Giuliani-Hagenbaugh, who deals with chronic illness, said. “There’s just that lack of understanding and perspective other than just being a woman, and having even just a motherly insight when it comes to humanity.”

Connolly, who has experience working on political campaigns and in marketing, also wants to improve transportation, as well as prioritize affordable housing to match the growth the downtown area is seeing.

“We’ve definitely had a lot of success over the past few years, but there’s still a lot of areas that are struggling,” Connolly said.

Both also highlighted the environment as part of their platform. Connolly wants to see more sustainable practices implemented in the city, seeing it as an opportunity to become a more environmentally-friendly city.

The election is a top-two race, meaning voters will cast a ballot for two of the four candidates. The top two vote-getters will win a seat on the council.