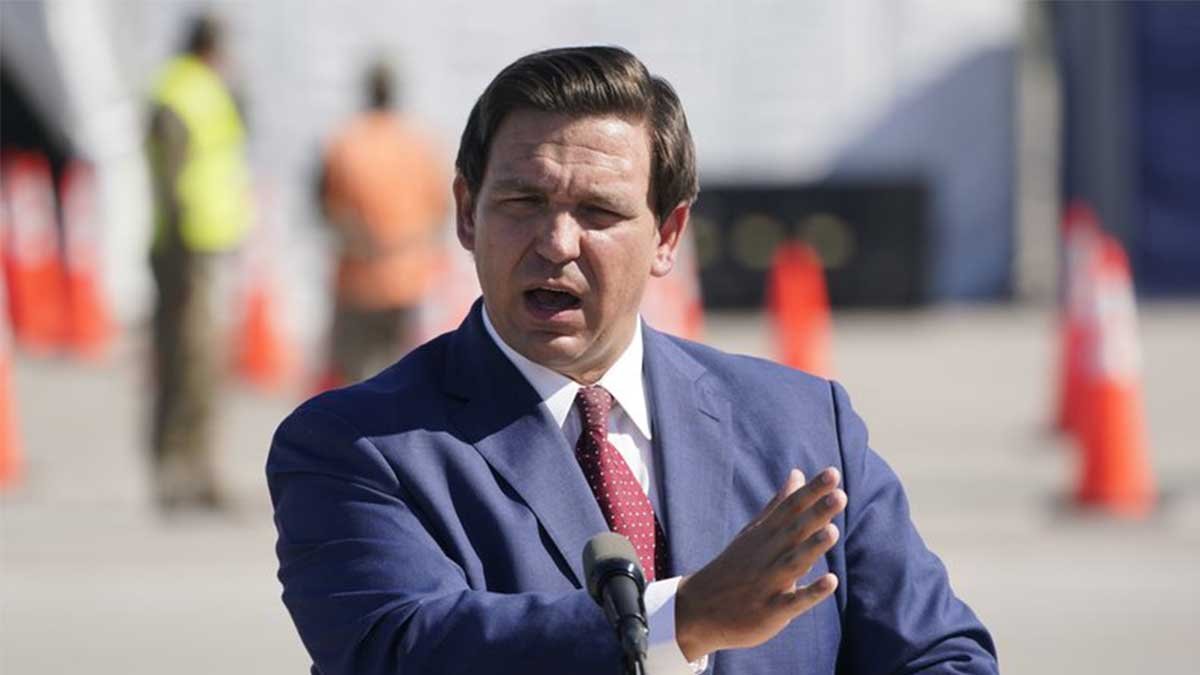 The '60 Minutes' story might have actually helped the Governor.

Floridians have a more favorable view of Gov. Ron DeSantis than they do of President Joe Biden.

A recent survey from the conservative polling firm Cygnal showed that 55% of voters favorably view the Governor compared to 49% who view the President favorably. Both rank high on their COVID-19 pandemic responses, with 60% approving of DeSantis’ response compared to the 58% who approve of Biden’s.

Unlike DeSantis and Biden, former President Donald Trump didn’t see a major boost for his pandemic response, which was only 49% compared to his overall approval rating of 47%.

The survey, conducted between Thursday and Sunday, comes at a time when the Governor is viewed more and more as a 2024 contender for President. Additionally, he was in the national spotlight last week after CBS’ news magazine, “60 Minutes” ran a segment suggesting the DeSantis administration relied on Publix for its vaccine rollout after the grocery and pharmacy franchise donated to DeSantis’ political committee.

“I was shocked when I saw how brazen and dishonest the ’60 Minutes’ segment was,” said Cygnal founder and CEO Brent Buchanan. “DeSantis’ net favorability went up eight points after voters saw the segment and learned more about his actions throughout the pandemic. We didn’t test 60 Minutes’ image, but I imagine it would have plummeted. After all, 53% of respondents already viewed the mainstream media unfavorably.”

DeSantis also polled high on specific aspects of his pandemic response. Nearly 72% approved of the state’s vaccine distribution, 74% approved of vaccinating seniors first and 72% approved of opening the vaccine to all eligible age groups when he did.

Additionally, 58% approved of keeping the economy open through much of the pandemic.

The Governor’s least popular action is his recent decision to sue the federal government to reopen cruise lines. Only 44% approve compared to 36% who disapprove.

Regarding the vaccine, 48% of respondents said they had already received it and 14% said they are ready to take it. Nearly 13% are still considering whether to get inoculated. Just over 13% said there’s no way they get the vaccine while 9% said they likely won’t get vaccinated.

The survey, conducted online, polled 800 General Election voters in Florida. The poll has a margin of error of 3.46%.

Cygnal was named the top Republican private pollster by Nate Silver’s FiveThirtyEight in 2019 as well as the most accurate polling and research firm in the country for 2018 by The New York Times. According to FiveThirtyEight’s latest pollster ratings, Cygnal, on average, leans 2.1 points toward Democrats.

nextMarco Rubio, Rick Scott: Too soon to weigh in on Matt Gaetz’s future