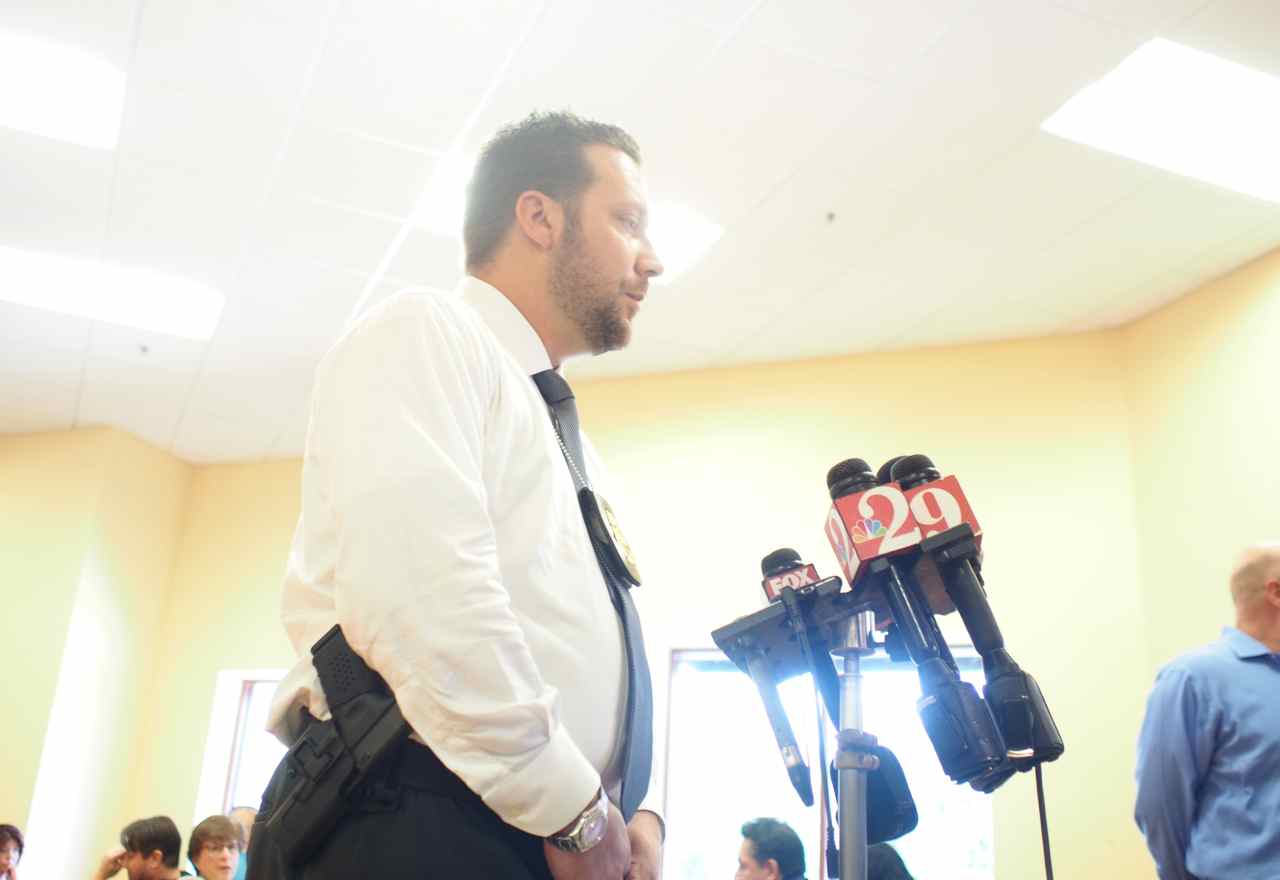 Based on audit records released by Greenberg’s former office and other records including emails obtained through records requests, the Sentinel also detailed a broad network of politically connected Seminole County people, many of them friends and political associates of Greenberg, who received tens of thousands of dollars or more for consulting fees, legal fees or salaries from Greenberg’s office before he was arrested last summer.

Greenberg is in jail facing federal indictments on 33 criminal charges, including sex trafficking, stalking, stolen identifications, and misuse of government resources, from his tenure of three-plus years as Seminole County Tax Collector. His attorney is working with federal prosecutors in hopes of working out a plea deal in U.S. District Court in Orlando on May 15.

Politico reported Monday that Greenberg had asked his friend Gaetz to help him get a pardon from then-President Donald Trump, but that Gaetz did not do so.

Now Gaetz, the Republican from Pensacola, reportedly also has come under federal investigation for connections to some of those charges facing Greenberg, including sex trafficking of an underage girl. He has not been charged with anything and has vigorously denied any wrongdoing.

Chris Dorworth a former state Representative who once was in line to become Speaker before he was upset in his Seminole County district reelection bid, has not been linked in any way to any criminal activity. However, his close relationships with both Greenberg and Gaetz have fueled what he termed a “distraction.” Last Friday he resigned as a lobbyist with the powerful Ballard Partners governmental affairs firm, saying he intended to focus on his private development activities.

The Sentinel said it obtained credit card records that show Greenberg used government-backed credit cards to spend nearly $1,000 for a July 2017 stay at the Four Seasons in Miami, where the paper says Greenberg said he met with Gaetz.

The paper also cited an email that showed Dorworth inviting both of them to a VIP experience with Trump in 2019.

Some of the details laid out in the Sentinel’s latest report have been previously reported by the Sentinel and others. Some of the allegations actually had become a campaign issue last year for Greenberg’s election opponents, particularly Republican businessman J.R. Kroll, before the Greenberg scandal first exploded last June.

In the fall of 2019 the newspaper’s then-columnist Lauren Ritchie wrote a report laying out much of the spending by Greenberg including lucrative consulting fees or employee salaries totaling more than $3.5 million, much of which went to friends and campaign associates, including three of the groomsmen at his wedding.

Kroll said last winter that Ritchie’s reporting was part of his inspiration to take on Greenberg in the Republican primary. After Greenberg was arrested on the initial federal charge of stalking on June 23, he resigned the next day, and withdrew from his bid for reelection. Kroll then won the Republican Primary, and won the General Election in November, against Democrat Lynn “Moira” Dictor, who also ran on a reform platform.

Between Greenberg’s resignation and Kroll’s swearing in in late 2020, the Tax Collector’s Office was run by veteran employees Cynthia Torres and Paula Prevatt, who had each predated Greenberg in that office by more than a decade. During that time, the Seminole County Commission hired MSL CPAs and Advisors of Orlando to do a forensic audit of Greenberg’s activities to see what was left behind.

Some of the Sentinel’s latest findings draw from that audit’s final report, released in November. The Sentinel also reported obtaining emails and other records through a public records request.

Overall, the MSL final report marked up as questionable more than $1.4 million in legal expenses involving 15 law firms and lawyers including Sabatini, who was paid $7,500 of that, $1 million in contract services to 12 consultants, and $1.6 million in staff salaries for 15 now-former employees.

The contract questions included $40,500 paid to Morgan’s company Blueprint Enterprises, and $45,000 paid to Ertel’s Public Efficiency Group. For both of them, the audit report’s appendix noted, “No evidence of work product.”

To challenge that note, Ertel provided Florida Politics with more than 200 pages of monthly reports he had submitted to the office over the course of 2020, dealing with evaluations and improvements to contracts and operations in the office.

“There is work product, contrary to what the audit indicated,” Ertel said Tuesday. “It wasn’t for Joel Greenberg. It was for the Tax Collector’s Office.”

Morgan and Zalonka could not be reached Tuesday.

Sabatini told Florida Politics in June he was paid for “legal research on tax collector office matters.” The Sentinel clarified that in Tuesday’s report, citing emails it found showing Sabatini provided Greenberg a list of situations when tax collectors would be forbidden from issuing new driver’s licenses.

Similar auditors’ notations were made for several other consultant companies, including $412,000 paid to Greenberg’s former campaign consultant, Michael Shirley‘s company Praetorian Integrated Services; and $29,000 paid to MAGA Advisory Group Associates, which the auditors said was run by Leslie Key and her husband Robert Hoogland. She also was listed on the audit’s spreadsheet of employees whose activities the auditors questioned, and he was listed as one of the lawyers on the spreadsheet.

Foglesong and Zelanka were not similarly cited in the MSL report.

The Sentinel reported Greenberg used an office credit card to pay Foglesong $10,000 in late 2017. The Sentinel sought to link Foglesong to an independent candidate that someone backed to run in the Senate District 9 campaign in 2020 through a dark-money PAC. But the story only noted that he was one of the few known contributors to her official campaign fund.

The newspaper also reported that Greenberg used an office credit card to make two $3,500 payments — one in April 2018 and another in January 2019 — to Zelanka’s company called “MZ Strategy Group” for what was identified in audit records as “consulting services.”