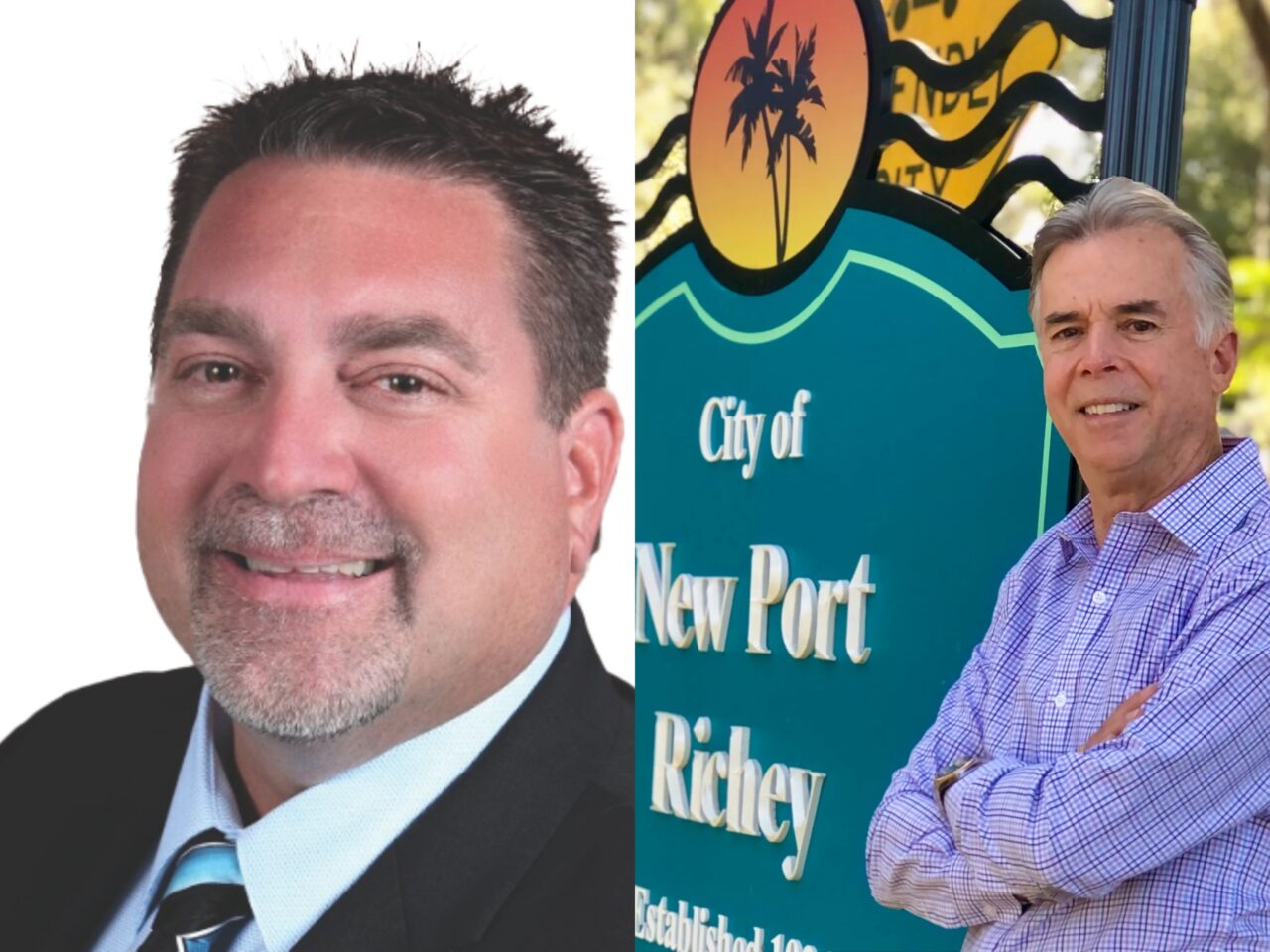 Two women who would have made city history were defeated.

New Port Richey City Council members Matt Murphy and Mike Peters retained their seats Tuesday night in an election that pitted a pair of incumbents against a duo of challengers seeking to shake up the status quo.

Voters had four candidates to choose from for the two City Council seats.

The existing Council is made up of all White men, and it will stay that way after two women failed to place in the top two Tuesday night.

Peters won with 30% of the vote. Murphy followed, earning 29% of the votes. Challenger Kate Connolly came next, mustering 25% of votes, and Rachel Giuliani-Hagenbaugh received the least with 15%.

Murphy was elected to the City Council in 2018, making this his first successful reelection campaign. Peters, on the other hand, has been in office only since last November, when he was appointed by members of City Council to fill the seat vacated by Jeff Starkey, who moved.

Both incumbents have lived in New Port Richey for decades. Murphy is the owner of an electrical contracting service. Peters owns an insurance company.

The incumbents ran on their previous service to the Council, including the work done in developing the city’s downtown core. They both plan to continue the work they kickstarted.

These projects include Main Street Landing, a mixed residential-commercial project that opened last year after a decade spent developing. Murphy also highlighted work the Council has accomplished to complete the historic Hacienda Hotel, which is set to reopen later this year.

The Council is looking to initiate several more projects in the next couple years.

While both incumbents applauded the work done in the downtown core, they acknowledged the Council needs to shift attention to other areas — an issue that challengers Connolly and Giuliani-Hagenbaugh ran to address.

“That momentum is strong, we don’t want to do anything to interrupt that,” Peters said. “But, I think that we can shift some of our attention outward a little bit from the downtown core. Spread this momentum, maybe some of our dollars, into our neighborhoods, and bring them up.”

The challengers argued the Council is out of touch with the needs of the community. The two also stressed the need for more diversity within the Council.

Murphy and Peters also listed the Pithlachascotee River, more commonly known as the Cotee River, and natural resources as a priority in their respective campaigns, as well as neighborhood safety. Peters hoped to capitalize on the economic value of the river while also preserving it as an environmental asset.

However, despite the differences between the candidates, the incumbents and challengers had middle ground — protecting New Port Richey’s natural resources and promoting safer neighborhoods and pedestrian traffic for the city.

“Number one is our citizens — making sure that we’re spending our tax dollars wisely, getting the best bang for their buck. It needs to benefit everyone, not just downtown neighborhoods,” Murphy said in a previous interview. “So, I’m very dedicated to that, making sure we’re spreading it out everywhere.”