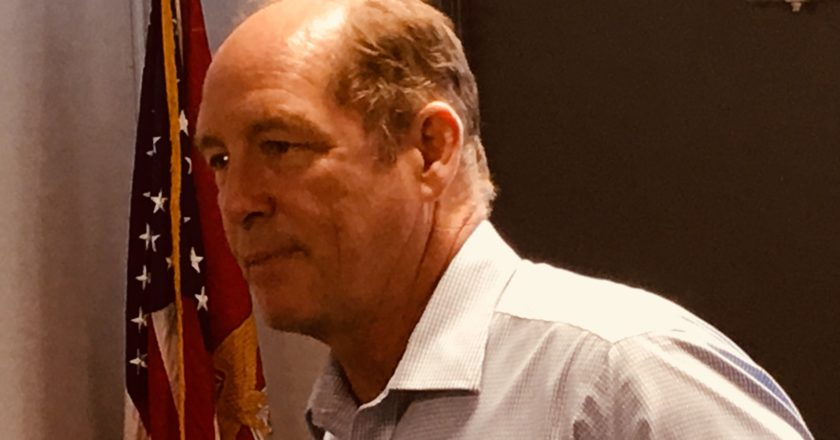 Termination report was filed with the Federal Elections Commission.

U.S. Rep. Ted Yoho will not be one of those retired lawmakers who maintain zombie campaign accounts long after they exit elected office.

Federal Elections Commission records include a termination notice from the Yoho campaign account dated April 14, with much of its $49,951 being dispersed in relatively small amounts, an unceremonious coda to a career that was not without controversies.

The early part of the quarter was slow in terms of donations. January saw $100 to the We Can Be Heroes Foundation in Jacksonville. February saw the Alachua County Youth Fair receiving $1,000.

But March was the big month for check cutting, including donations of $2,500 each for the House Freedom Fund, Create Gainesville, a boys’ ranch in his district, and the National Center for Life and Liberty, which aspires “to protect and defend the Bible-based values upon which our nation was founded.”

Donations of $2,000 each in March went to the Middleburg Museum and Friends of Welaka.

The quiet closure of the campaign account brings an end to Yoho’s tenure, in which he ultimately fulfilled his pledge to serve only four terms in Congress.

Yoho was succeeded in Congress by his former chief of staff, now-U.S. Rep. Kat Cammack, who cruised to victory in the General Election after a competitive and expensive primary. Her first quarter fundraising numbers are not yet available.

The final months of Yoho’s tenure in Congress were not without controversy.

Most notably, the Republican squabbled with U.S. Rep. Alexandria Ocasio-Cortez, a Democrat from New York, in pyrotechnic and profane blasts that made national news.

Accounts differ on what was said. Some said Yoho called Ocasio-Cortez a “f***ing b**ch.” Yoho said he thought her ideology was “bull sh*t.”

Yoho’s attempt at an apology did not mollify Ocasio-Cortez.

“Republican responds to calling a colleague ‘disgusting’ & a ‘f — ing b*tch’ w/ ‘I cannot apologize for my passion’ and blaming others. I will not teach my nieces and young people watching that this an apology, and what they should learn to accept. Yoho is refusing responsibility,” she tweeted at the time.