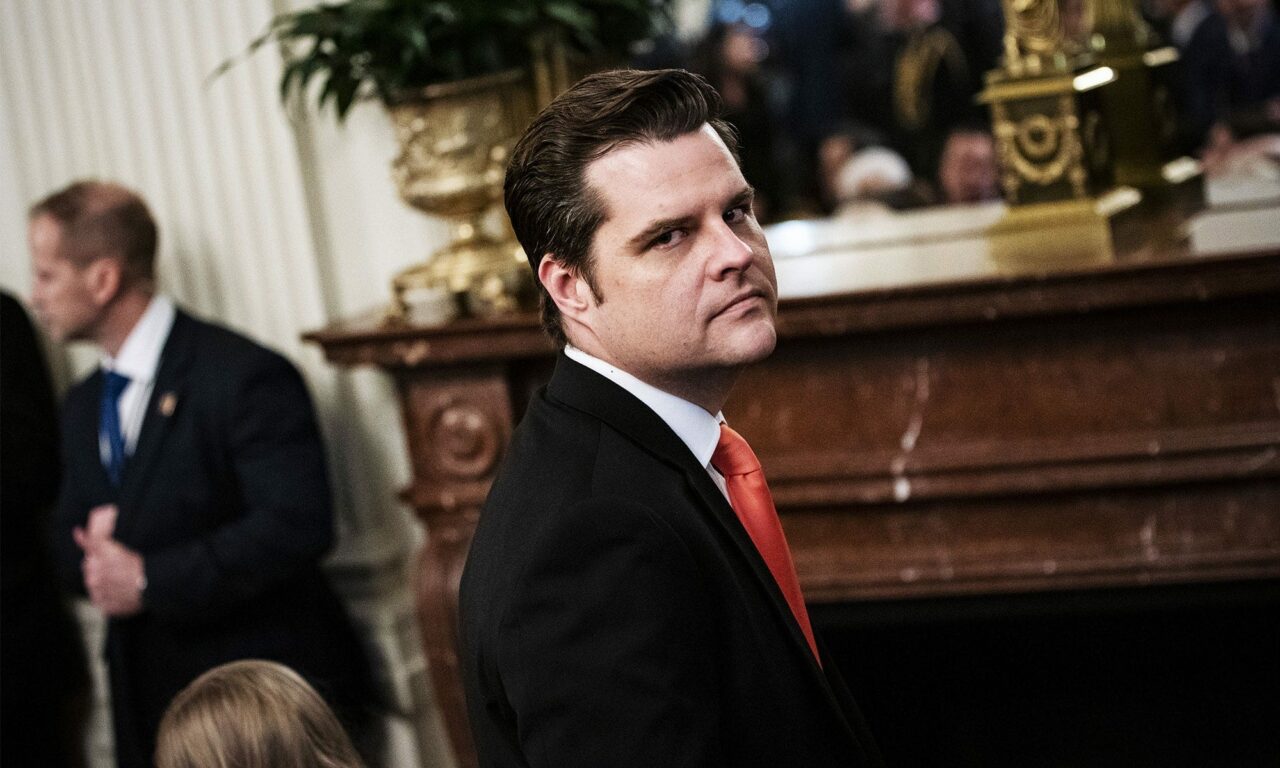 Gaetz had one of the best fundraising quarters in the country.

Before the first reports emerged that he was being investigated for sex trafficking and possibly other federal crimes, Republican U.S. Rep. Matt Gaetz was riding high on campaign fundraising, picking up $1.8 million in the first quarter of 2021.

Gaetz, of Fort Walton Beach, collected more than twice as much campaign money as any other Florida member of Congress in the three-month reporting period of January, February, and March. In fact, it was one of the most impressive first-quarter hauls in all of Congress. In Florida, Republican Rep. Brian Mast of Stuart collected $749,000, Republican Rep. Maria Elvira Salazar of Miami drew $525,000, and five others — three Democrats and two Republicans — managed more than $300,000.

On March 30 the New York Times first broke the story that the U.S. Department of Justice had been investigating Gaetz for months, including for sex trafficking. The federal probe reportedly emerged from the criminal case against his friend, former Seminole County Tax Collector Joel Greenberg.

Heading into that date, Gaetz had been dropping hints that he might not seek another term, and might not even serve out his full term in the 117th Congress representing Florida’s 1st Congressional District.

Yet he also was enjoying the second best fundraising reporting period he’d ever had, behind only the last quarter of 2020, during which he was campaigning to be reelected to a third term.

Gaetz has repeatedly denied any wrongdoing in the Justice Department investigation. He hired lawyers to defend him from potential charges in both federal court and possibly in the House Ethics Committee. He also has vowed to fight on.

Since the scandal emerged, his campaign has been openly asking potential donors to send him money because of the allegations against him, contending he is something of a martyr, with some out to destroy loyal Trump supporters like him.

Before the scandal breaking, Gaetz had enjoyed a nearly open-invitation to appear on several national conservative media networks such as Fox News, and had developed a national base as one of the staunchest and most fiery supporters of former President Donald Trump and his make America great again movement. That base embraced him with money.

Only 11 of the other 434 members of the House raised more money than Gaetz during the quarter. They mostly include congressional leaders  such as Democratic Speaker Nancy Pelosi and Minority Leader Rep. Kevin McCarthy, or partisan lightning rods for the left or right wings, such as Democratic Rep. Alexandria Ocasio-Cortez and Republican Rep. Marjorie Taylor Greene.

There was no clear indication whether the New York Times’ report affected Gaetz’s fundraising, except to note that campaigns often put on big pushes to collect and post as much as possible on the last day of a reporting period, and there was no evidence of that happening for Gaetz. Federal candidates do not need to detail small donations, and only $424,000 of his first-quarter collection was itemized.

When the Times story broke, there was only one day left in the first quarter.

Among itemized donations, Gaetz’s campaign collected $7,420 on the day after the report, March 31. That was an above-average daily receipt, but no where near impressive. The campaign details $28,000 raised on Jan. 14, and more than $10,000 on each of eight other days in the three-month period.

As happened with his 2020 election campaign, Gaetz drew well from outside Florida in the first quarter of 2021, at least based on his itemized donations. He collected $87,000 from itemized Florida contributors, about 21% of the itemized total for the period. He got $67,000 from California donors, and $45,000 from Texas.