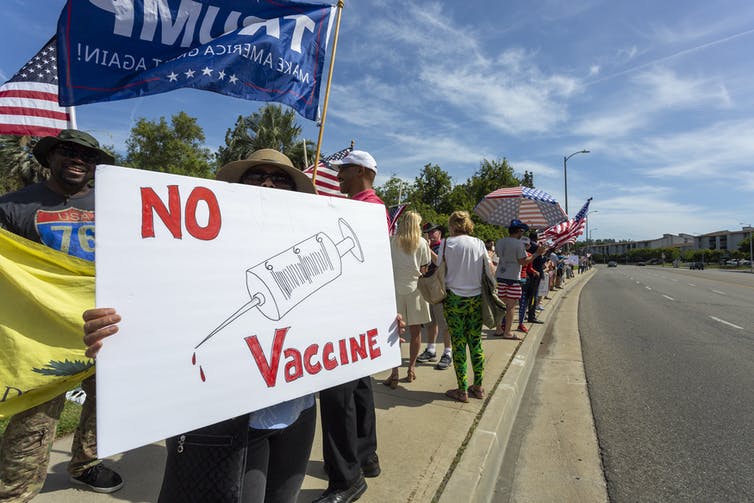 About 8.5 million individuals — 39% of the state's population — have received at least one shot of a COVID-19 vaccine.

One in five Floridians are not planning on getting a COVID-19 vaccine, according to a new Morning Consult survey.

In addition to the 20% of Floridians not willing to get a shot, an additional 16% remain uncertain whether they’ll get vaccinated.

Vaccine hesitancy has also risen over the last week, according to the survey, with skepticism on the rise among younger individuals and Black adults.

The most recent data shows that across the country, 27% of 18- to 34-year-olds, Republicans and Black adults don’t plan to get vaccinated. Older Americans, Democrats and well-educated adults are more likely to get vaccinated.

Those uncertain about the vaccine cite side effects as the primary reason (36%), followed by concern over the expedience of clinical trials (29%). But, those who are unwilling to receive a vaccine were are more likely to cite mistrust of the manufacturers (16%) or vaccines in general (12%).

Further demographic trends also show that moms (29%) and Fox News viewers (18%) are among the most unwilling to get a shot.

Across the U.S., 71% of adults wanting a vaccine have already received one, according to the study. However, White individuals who want vaccines are getting them at much higher rates than people of color. Among those who want to get a vaccine, 77% of White adults have received at least one dose, notably higher than the share of Black (60%) and Hispanic (55%) adults.

With 20% of adults unwilling to get a vaccine, Florida trends about average among states in vaccine unwillingness. Mississippi reported the highest rate of unwilling residents at 30%, while Hawaii and Massachusetts had the least, both at 11%.

According to the study, “high rates of opposition are concentrated in the South, whose states lean Republican, while the Northeastern states, which lean Democratic, generally have lower rates of vaccine unwillingness.”

As of Sunday in the Sunshine State, 8,512,825 individuals — about 39.6% of the state’s population — have received at least one shot of a COVID-19 vaccine. Of those who have received a vaccine, 5,758,162 are fully vaccinated, having completed either a two-shot series or received the one-and-done Johnson & Johnson vaccine.

Morning Consult conducts about 30,000 survey interviews each week on the vaccine rollout, with the latest data based on surveys conducted April 13-19 among 30,224 U.S. adults, with a margin of error of 1 percentage point.