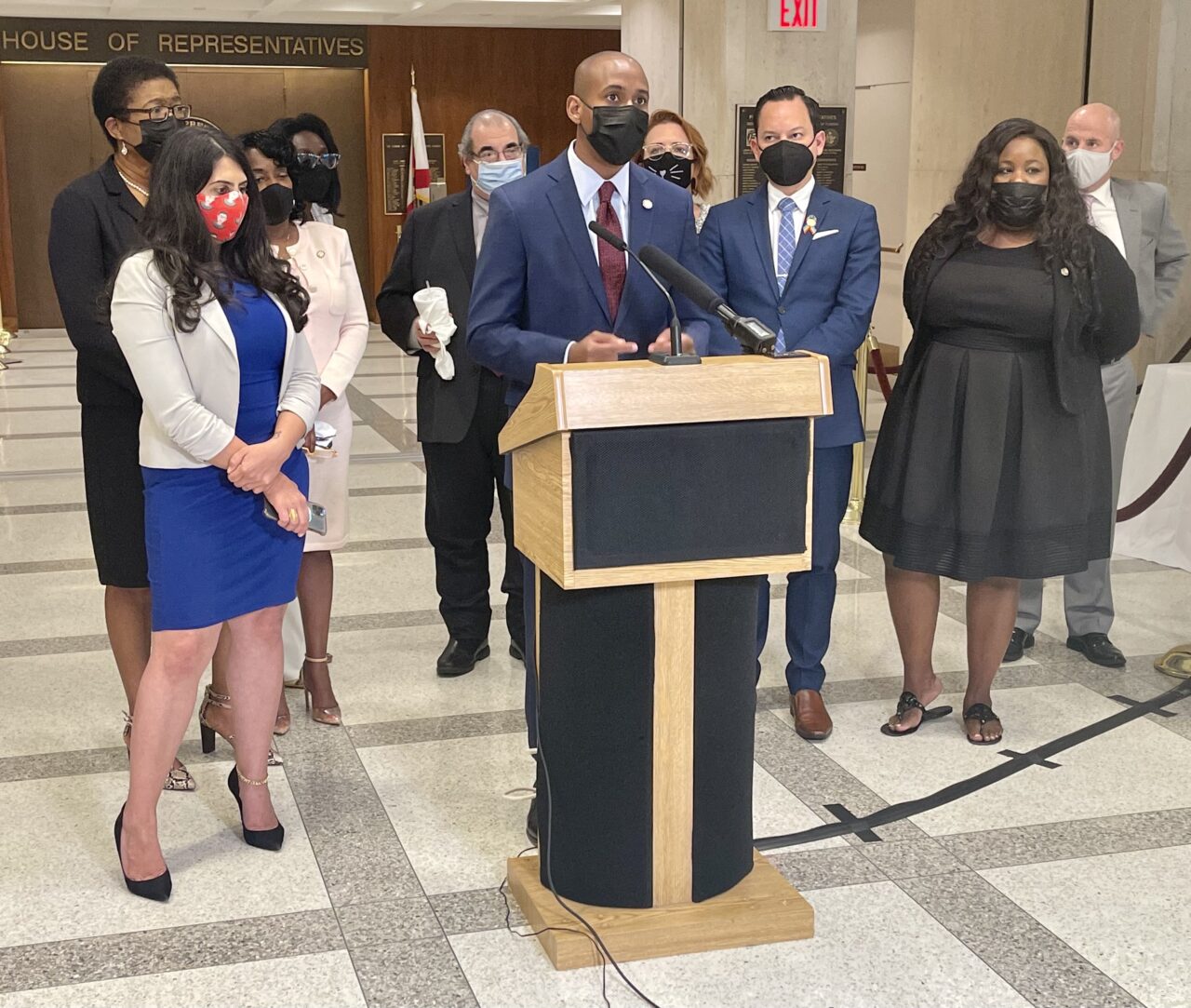 The NCAA has flexed their economic muscles in the past.

Democrats on Wednesday forecasted that economic woes rest ahead of Florida’s horizon after Republicans muscled an amendment into a bill that bans transgender athletes from competing in women’s sports.

The amendment arrived in the Session’s closing hours and was inserted into a distant charter school bill, a move that sidesteps traditional legislative scrutiny.

Speaking at a press conference late Wednesday after the Senate floor vote, more than a dozen Democratic lawmakers gathered to blast the amendment.

“Bigotry is expensive,” said Democratic Rep. Omari Hardy of West Palm Beach. “And if we’re going to walk down this hateful road, if we’re going to enact bigot policy, then we should be prepared to pay the consequences.”

The passage flies in the face of the NCAA, who this year warned they’re willing to withdraw championship events in states pushing such legislation.

Democratic Rep. Kristin Arrington of Kissimmee noted that her district, which neighbors Florida’s major theme parks, has the highest unemployment rate in the state.

More than 70 companies, she said, have voiced opposition to such legislation.

“I know some of my Republican colleagues say they don’t care what the NCAA says, but what do they think about these other companies?” Arrington said noting Apple, Amazon and Hilton among others. “We need these companies to come in Florida and we need them to expand in Florida, so please I beg you to reach out for a governor and tell him not to sign this legislation.”

The amendment is similar to a bill (HB 1475) that passed the House this Session but stalled in the Senate.

There are, however, notable differences between the provisions.

Under the bill, students would’ve been subject to a physical examination to resolve gender disputes. Instead, the amendment states a student’s gender would be decided by their original birth certificate.

Further, the amendment excludes elementary school students, which the bill did not.

The prohibition now rests on the Governor Ron DeSantis’ desk.

Democratic. Rep. Anna Eskamani of Orlando noted that proponents assert the prohibition is a move to protect the integrity of women sports.

“As a woman, I reject that motion. And I refuse to used in this political game… I will stand with my sisters always, trans lives matter and we should let kids play,” Eskamani said.

Notably, the NCAA has flexed their economic muscles in the past.

In 2016, they boycotted championship events in North Carolina after their Legislature enacted a state law in 2015 requiring transgender individuals to use public restrooms aligned with their sex at birth.

North Carolina and the NCAA later reached an agreement in 2017, but not before costing the state roughly $3.76 billion.

Despite the NCAA  decision and even the MLB’s move to relocate the All-Star Game from Georgia over a new controversial voting law, Republican legislatures in more than 20 states have brought legislation to ban or limit transgender athletes. The laws are enacted in West Virginia, Idaho, Mississippi, Tennessee and Arkansas thus far.

Collectively, Florida Democrats are calling on businesses to urge the Governor to veto the bill.

“We need them to speak out and send the message to the Governor that this is wrong and we should veto it,” said Democratic Rep. Carlos Guillermo Smith of Orlando.