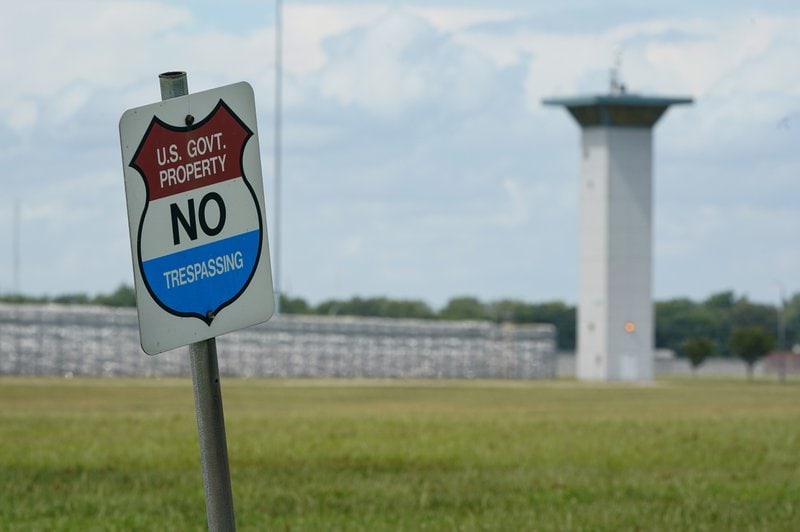 Members of the Legislature agree there are staffing issues with the state’s corrections officers. But whether this year’s budget offers a solution or kicks the can down the road was debated on the Senate floor Thursday.

Statewide issues with attracting employees to run the state’s prison system came up often on the Senate floor during a discussion of the state’s historic $100 billion budget bill.

The overburdened state of corrections officers working in Florida’s state-run corrections system, which houses more than 70,000 inmates and employs more than 24,000 workers, was documented in a report of the state’s prison system delivered by Department of Corrections Secretary Mark Inch to the Legislature in January.

The Legislature sought to address the staffing issues with two provisions in the budget, Chairman of the Criminal Justice Committee Sen. Keith Perry said.

“Three weeks ago, I would not have said that, but today I’m saying yes we made major strides and increased that and we’ve given them a lot of tools that they need,” Perry said.

First, the budget grants $17 million to shorten the work shifts of corrections officers.

When Inch was making the rounds in Tallahassee, he pitched lawmakers on a plan to spend more than $26 million to shorten prison guards’ regular daily work shifts.

Inch sold the switch from 12-hour shifts to 8.5-hour shifts, already in effect at roughly a third of Florida’s state-run prisons, as a solution to help the department alleviate its high turnover rate, recruit new employees and ensure critical posts are staffed.

Data doesn’t yet show whether the shift switches will be enough to fix the burdened system. A review of the 17 prisons where the hourly shift changes have already been implemented shows that shorter designated shifts have so far led to more overtime hours. Nearly $3 million was spent on overtime in December alone, with corrections workers racking up more than 83,000 hours of overtime, according to a monthly report the state corrections agency provided to House and Senate budget committees.

The shift changes are the subject of two active lawsuits filed by the Florida Police Benevolent Association.

In response to questions from Gibson, Perry said it was a matter of priority that the shift changes were guaranteed versus the raises, which do not come with guaranteed funding.

“We couldn’t fund every single thing that they wanted. We didn’t have the capacity to do that. So, what we did was we funded what I think was probably one of their number one priorities, which was the 8.5 hour shift,” Perry explained.

In initial budget negotiations, the Senate wanted to consolidate prisons and demolish four facilities and pointed to declining prison populations as a reason to do so. But the final language agreed upon by the Senate and the House leaves the prison closure decision up to Department of Corrections officials. The move to close the prisons faced opposition from rural areas that rely on the prisons for jobs.

Perry acknowledged that if the Department of Corrections does not act to close some of the state’s prisons, and corrections officers do not receive a raise, the Legislature may be picking the issue up again next year.

“If he (Inch) chooses not to do it, then I think it’s the body’s responsibility at that particular time that we will take it on, and we’ll take responsibility, and we’ll demand that things happen, whether it’s prison closures or other issues like that,” Perry said. “I’m hopeful that they’ll come up with that plan before we need to do that.”