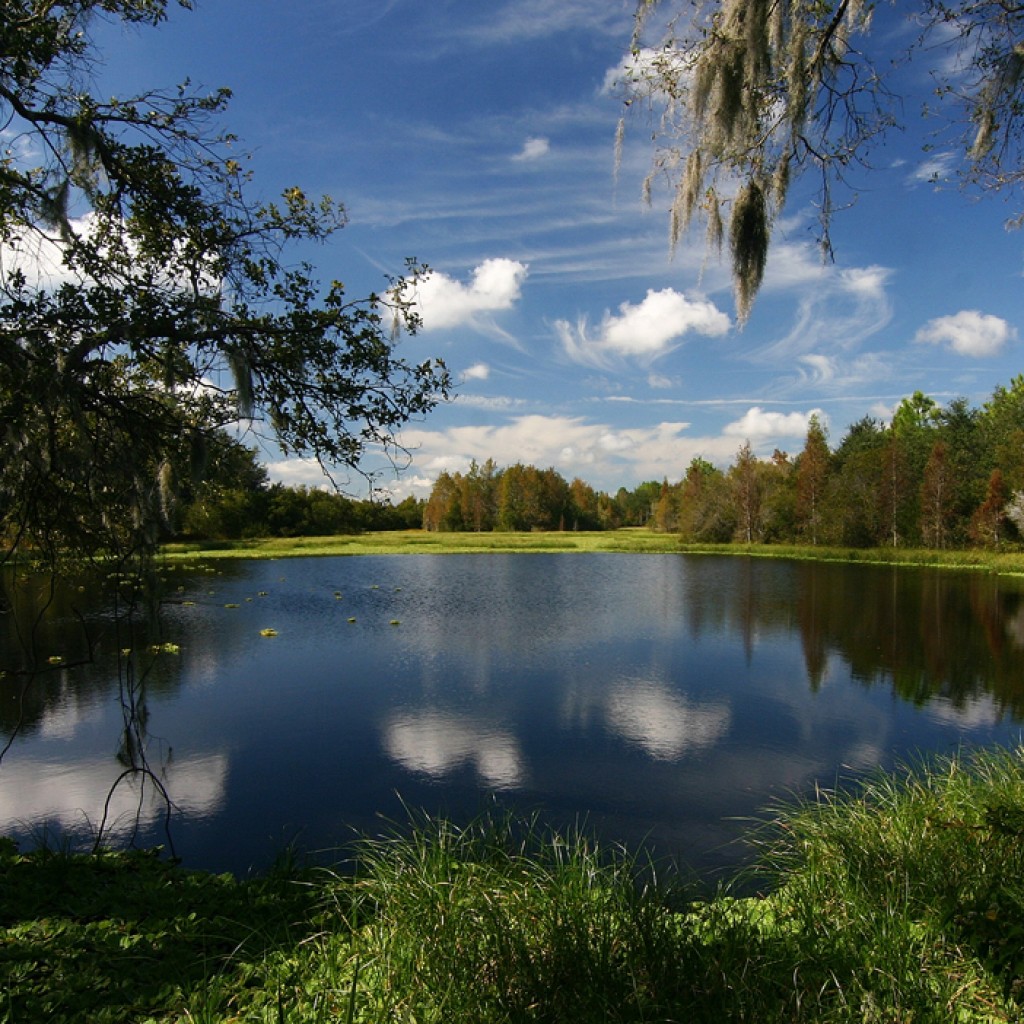 The suit is seen as a test case for a new protection strategy for natural elements.

Technically, two creeks, a marsh, and two lakes are the plaintiffs suing, along with “rights of nature” advocate Charles O’Neal of Apopka.

As allowed under a radical, untested legal theory dating to the 1970s, the Florida Department of Environmental Protection and a developer are being sued by Wilde Cypress Branch, Boggy Branch, Crosby Island Marsh, Lake Hart, and Lake Mary Jane, along with O’Neal, who is best known as president of the conservation organization Speak Up Wekiva.

Proponents of rights of nature are saying the suit filed Monday in Florida’s 9th Judicial Circuit is a big test case, not just in Florida, but nationally. It is the first-ever rights of nature enforcement case in the United States.

Orange County voters approved the county’s rights of nature law in a referendum election in November, with 89% voting yes.

In addition to Beachline South Residential LLC, DEP Secretary Noah Valenstein is named as a defendant. The suit seeks to stop DEP from issuing any wetlands dredge and fill permits.

The suit may be significant on three levels.

First, it is an attempt to stop a Central Florida development in an area awash with natural features including lakes, creeks, marshes and forests, but it’s also ripe for development.

Second, it is a court challenge pitting local law versus state law. Litigation will test a statewide preemption of local rights of nature that the Legislature approved, and Gov. Ron DeSantis signed, in 2020 within the Clean Waterways Act, SB 712.

Finally, the suit appears to be the first test nationally of a pro-nature legal concept first spelled out in 1972 and not pursued until the past couple of years, with Orange County finding itself on the cutting edge of that pursuit.

Orlando lawyer Steven Meyers, who filed the suit on behalf of the five water bodies and O’Neal, said the suit starts a new chapter in a fight going on throughout the world, “to recognize that nature must have legal rights and the people must have the legal means to defend her.”

“For decades Floridians have despaired seeing our beautiful coastal waters, lakes, rivers, springs, and wetlands ruined by seemingly unstoppable development and sprawl,” Meyers stated in a news release issued by Center for Democratic and Environmental Rights. “Florida’s regulatory system of granting permits to use, consume, and ultimately destroy these waterways has failed epically. The Florida Legislature has abandoned any real effort to protect these precious waters, and the judiciary has proven unable to do so under the current regulatory scheme.”

The Department of Environmental Protection declined to comment, saying it does not comment on pending litigation. Florida Politics could not reach any representatives of Beachline South Residential LLC.

The five bodies of water are in southeastern Orange County. The area is a largely undeveloped corner of greater Orlando that is ready to burst with new development, based on plans held by Orange and Osceola counties.

According to the lawsuit, Beachline South Residential seeks to fill in about 115 acres of Orange County waters for the construction of a mixed-use residential and commercial retail development on about 1,923 acres in east Orange County.

The suit argues the “proposed development would end the existence of these wetlands which ‘are generally recognized as significantly influencing or positively contributing to the general overall environmental health (and) vitality of the entire ecosystem of the region.’ The proposed development violates the right to exist of the Crosby Island Marsh, Lake Hart and Lake Mary Jane by cutting off and/or restricting the sufficient flow of clean water into these protected bodies of water.”

The suit charges that “the Meridian Parks Remainder Application violates the rights of the plaintiff water bodies to flow.”

The notion of rivers, lakes, forests, estuaries, or other natural features having rights has roots in a 1972 U.S. Supreme Court decision, in which Justice William O. Douglas proposed the idea in a dissenting opinion for an environmental dispute.

Douglas acknowledged that entities such as maritime ships and corporations are considered persons “for the purposes of adjudicatory processes.”

Douglas offered, in his opinion: “So it should be as respects valleys, alpine meadows, rivers, lakes, estuaries, beaches, ridges, groves of trees, swampland or even air that feels the destructive pressures of modern technology and modern life.”

The Florida Democratic Party has endorsed the concept in its platform. Several candidates have campaigned on the issue. Several other rights of nature provisions have been pursued elsewhere in Florida.

“Florida is the epicenter of this shift toward waterway rights for good reason, because the state government continues to approve of the destruction of wetlands and other waterways. It is long past time to recognize that we are dependent on nature, and the continued destruction of nature needs to stop,” Mari Margil, the executive director of the Center for Democratic and Environmental Rights, said in the news release.

previousSenate discussion on final budget circles back to corrections officers

nextDNA privacy bill is ready for the Governor's desk