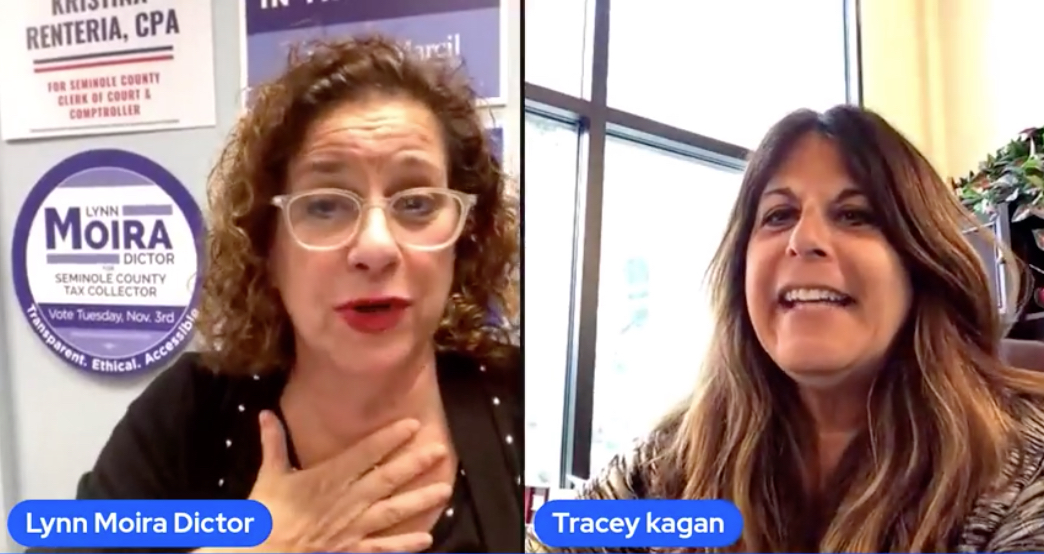 For a half-hour every week the leaders of the the Seminole Democrats light up the internet with a banter-driven podcast — and Friday they roasted the 2021 Legislative Session as a Republican effort to create “solutions in search of problems.”

“They passed every bill we were holding our breath they wouldn’t pass,” Seminole County Democratic Chair Lynn “Moira” Dictor said in Friday’s “Chat With the Chairs” podcast.

“It’s been a horrific, horrific Legislative Session. So what does that mean for us? We can be depressed, or we can work even harder to get better people elected in 2022,” said Seminole County Democratic Vice Chair Tracey Kagan.

Their views, expressed live every Friday afternoon at 3 with all the energy of a six-pack of Red Bull, present a microcosm of the general Florida Democratic Party regarding the 2021 Legislative Session — outrage over what they consider Repbuclicans’ in-your-face attacks on democracy, frustration that Democrats were brushed aside in Tallahassee, yet longterm determination that Democrats will eventually exploit the Republicans’ more brazen partisan maneuvers.

“A lot of the headline laws that have been passed and now will be signed by the Governor were solutions in search of a problem,” Dictor said. “There was no problem with elections, but they decided to screw with election law. There was no problem with transgender youth playing sports, but they decided to pass a mean-spirited transgender law … It’s mean-spirited from start to finish.”

The same was true with street protests, said Kagan, contending the anti-riot legislation would have a chilling effect on peaceful demonstrations.

“It’s grandstanding, is what it is. It’s nothing about public service. Not one piece of legislation was for public service,” Kagan said.

Seminole County has trended from deep red to deep purple for a decade, though the 2020 elections mostly produced the same results as before. Republicans pretty much swept everything except for the contests for President Joe Biden, U.S. Rep. Stephanie Murphy and state Rep. Joy Goff-Marcil.

Seminole County also is home to Florida’s biggest political scandal, involving Greenberg, who is sitting in jail facing 33 federal felony charges. He is reportedly cooperating with federal prosecutors in a sweeping case involving human trafficking, sex with an underage girl, and other crimes. Numerous reports tie in to Florida’s most nationally prominent conservative Congressman, Rep. Matt Gaetz of Fort Walton Beach, and others.

Dictor and Kagan pointed out in Friday’s podcast that other local Republicans who’d been close to Greenberg have been very quiet about the scandal.

previousRon DeSantis is on the road again