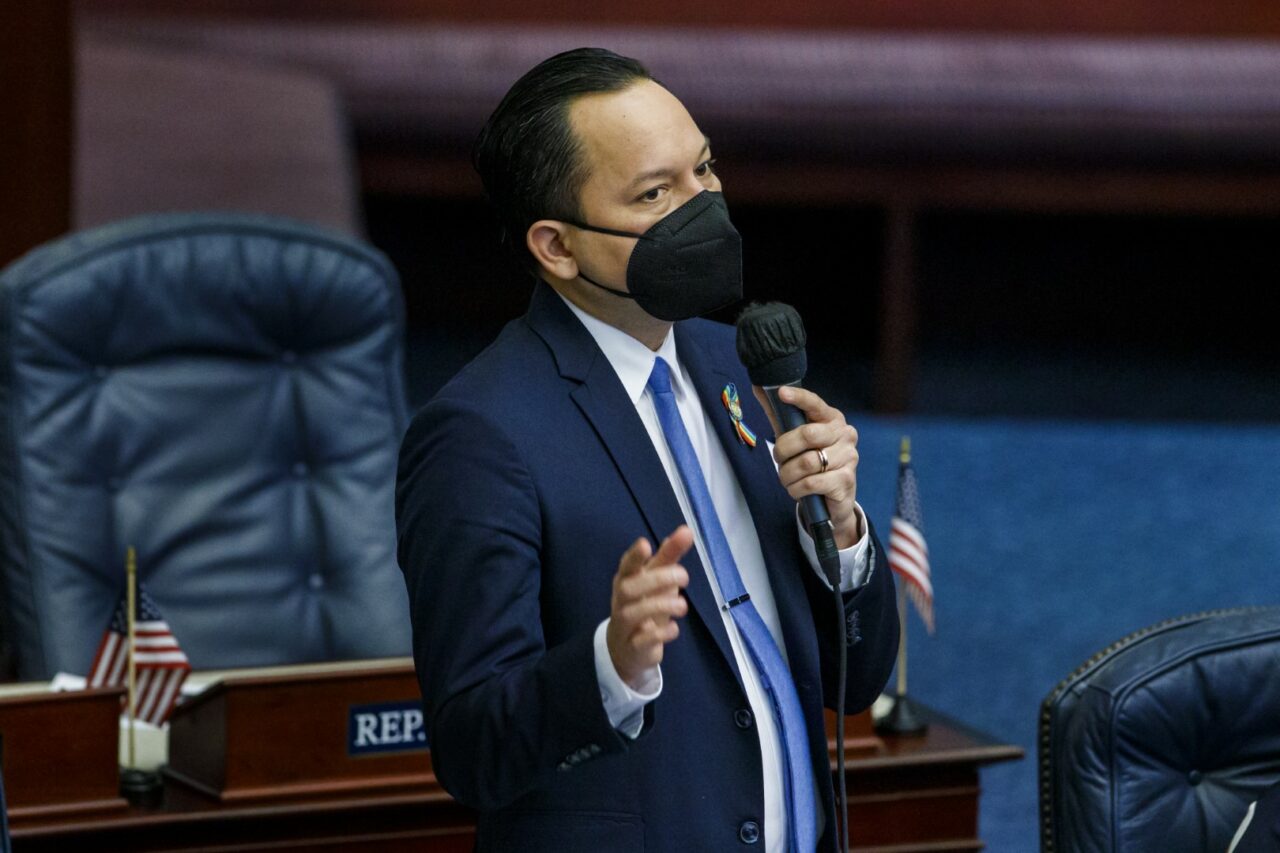 Democrats don't have a lot to work with in the minority, so they get creative.

Republicans hold wide majorities in both chambers of the Florida Legislature, which makes for a steep climb for a progressive Democrat, like Orlando Rep. Carlos Guillermo Smith, to accomplish priorities.

“2021 was the toughest Legislative Session I’ve ever experienced as a lawmaker,” Guillermo Smith said.

Guillermo Smith had to eschew the traditional bill-through-committee process.

“For Democrats in the minority, we can’t always judge success by the number of bills we get signed into law. We can be effective in other ways,” Guillermo Smith said.

Guillermo Smith said he used the amendment process to create awareness about two of his priorities: improving services for Floridians with disabilities and funding for arts and culture programs.

“We worked with Republicans behind the scenes, but we also used the amendment process to draw public attention to issues that really needed it,” Guillermo Smith said.

The first of two budget amendments offered by Guillermo Smith dealt with the Agency for Persons with Disabilities (APD) waiting list. The APD offers social, medical, residential, and behavioral Medicaid services to the developmentally disabled. But the waiting list to receive those services is more than 22,000 people long. It means people are stuck waiting on the list for sometimes as many as ten years, according to the agency.

“A lot of people die while they’re on that waiting list. They never get services from the state,” Guillermo Smith said.

The original House budget offered $15 million to remove around 300 people from the waiting list. Guillermo Smith offered an amendment to allocate $795 million to eliminate the waitlist, which he said he knew would fail.

“When Democrats file amendments, they fail. That’s what happens in Tallahassee,” Guillermo Smith said. “And then after it failed, my work continued behind the scenes.”

After working with Republicans, the net result a few days after Guillermo Smith filed the amendment wasn’t near the original amount, but an addition of $80 million in the sprinkle House budget brought funding for the issue to around $95 million, which would remove nearly 2,000 of the most vulnerable people from the waiting list.

“I almost fell out of my chair, because I was so excited that our efforts to raise awareness and pressure legislative leaders to prioritize the issue worked,” Guillermo Smith said.

Guillermo Smith used the same process — an amendment to create awareness and working behind the scenes to secure funding — for an arts and culture grant program.

“We told the story on the House floor about how arts and culture programs were first to close and last to reopen during the pandemic,” Guillermo Smith said.

The amendment failed again, but the point got across. Guillermo Smith said, after working with Rep. Jayer Williamson, the program received additional funding.

The allocation netted $26.7 million for programs. Most of that money – $23 million – went to  the Department of State’s Cultural and Museum Grants General Program. The rest of the allocation — around $3.5 million — went toward a grant program called Culture Builds Florida, an awareness campaign for Florida’s cultural community.

Funding for arts and culture has been a years’ long priority of Guillermo Smith. After the funding hit a low of $2.7 million in 2018, he worked, along with Rep. Anna Eskamani, to increase funding for cultural and museum grant programs.

But not every moment of the last Session was successful for Guillermo Smith, a member of the Legislature’s informal LGBTQ caucus. He spent a lot of time on the House floor offering amendments, all of which failed, to soften legislation that would ban transgender women and girls from participating in women’s and girls’ sports.

“There was so much left off the table,” Guillermo Smith said. “I mean how much time did we spend having to defend these vulnerable kids against the advancement of this harmful, discriminatory legislation?”

Supporters of the transgender athlete ban maintain that it keeps sports fair.

Another bill Guillermo Smith said “sucked up all the air in the room” was a bill that failed, but would have put caps on the amount of THC in medical marijuana. Expanding cannabis access and affordability is an area Guillermo Smith indicated he would continue to work on.

“We certainly need to not only expand medical cannabis and improve patient affordability, but we need to legalize cannabis once and for all,” Guillermo Smith said.