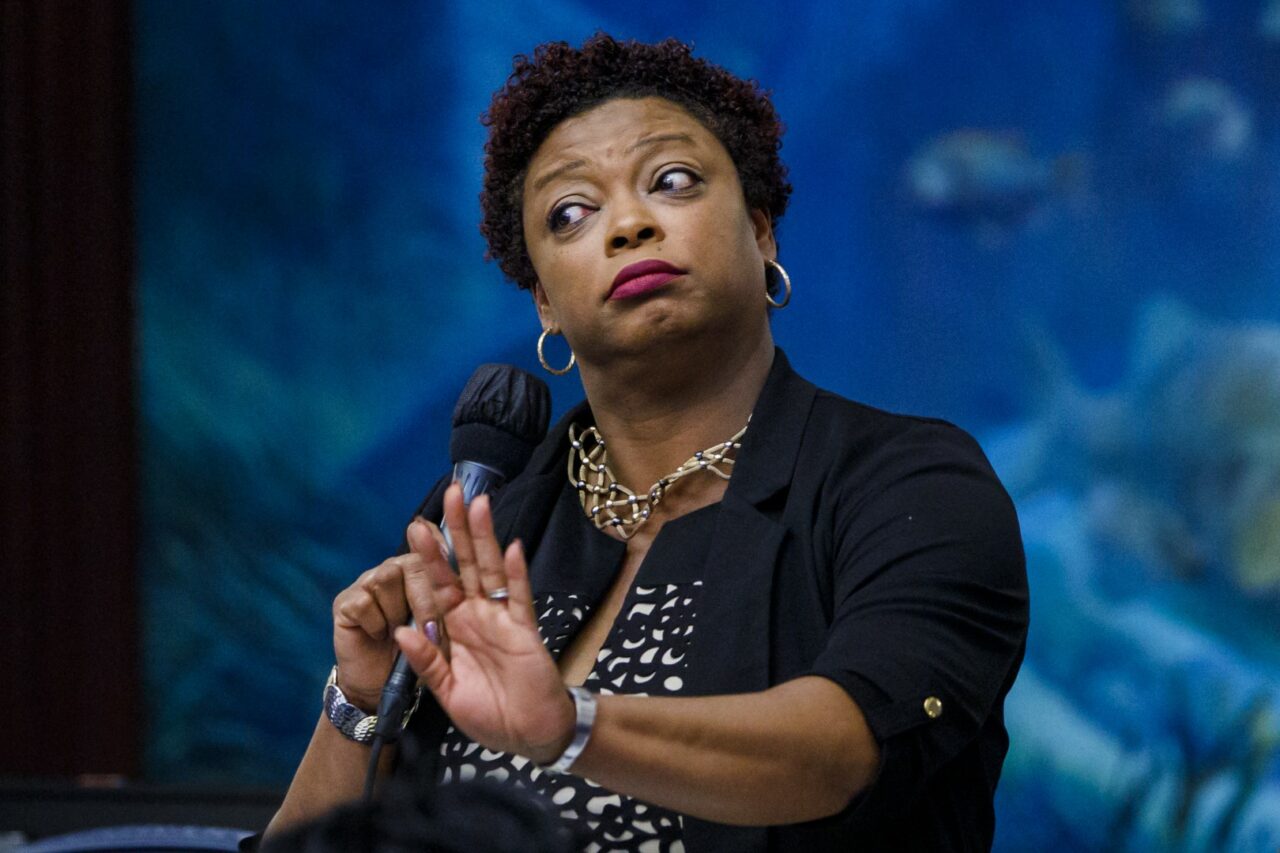 The Jacksonville Democrat sees hope on the horizon.

During the waning days of the 2021 Legislative Session, Democratic Rep. Tracie Davis found herself in a doomed floor debate, and longtime observers of the third-term legislator from Jacksonville’s House District 13 noticed a new intensity.

At issue was a bill that Gov. Ron DeSantis signed into law Thursday during an episode of “Fox and Friends“: SB 90, a new law that curbs absentee voting by requiring specifically requested ballots and targets ballot harvesting by requiring monitored drop boxes.

Davis, who spent much of her career as a deputy in a Republican-controlled Supervisor of Elections office, bristled at the changes being imposed on the election process during floor debate, denouncing the legislation as an “insult” to her caucus and voters.

The passion in her words didn’t change the outcome of the situation, though it did increase her profile.

“After record turnout, nationwide recognition, we put barriers in front of our most vulnerable voters in the name of election security,” Davis summed up.

She knows that the professionals running elections will adapt.

“After my years in the election office, I know that supervisors and communities will work hard to meet these new measures. The people will not be silenced, and the voters are watching,” Davis told Florida Politics last week.

But the legislator noted that SB 90 was just one part of what was a really difficult Session for Democrats.

The lawmaker lamented a building closed to the public, who were voiceless as major decisions were being made in their absence.

“While the state was open for business, the Capitol was closed to the public as our leadership did the people’s business. The first bill we passed out of both chambers was a liability bill for business,” Davis added. “Makes you wonder, who are we really looking out for?”

“It doesn’t sound like our current leadership is listening. Maybe voters should hire leaders who listen,” Davis continued, going on to suggest that Democrats “will use our anger as fuel.”

“We will build on our strengths from the presidential election and empower voters to remind them who is in charge,” she added. “Why would voters do that? Because they can.”

A Republican legislator, Rep. Randy Fine, used that phrase in justifying the GOP legislative agenda as it was being voted through. And Democrats like Davis have adopted the phrase as an ironic rallying cry, a reminder of the high stakes at play.

Indeed, the “elephant of redistricting” awaits, a process rife with drama and intrigue. And for Davis, a question of political future also awaits, with mentor Audrey Gibson termed out and a state Senate seat opening up.

Positioning for that is already underway. Jacksonville City Councilman Reggie Gaffney, a likely candidate, hosted gubernatorial hopeful Charlie Crist at a breakfast meet-and-greet just days ago, an event held inside the Senate district in Northwest Jacksonville.

A potential Davis/Gaffney battle would be rife with intrigue and among the most interesting August 2022 Primary battles. Davis has strong ties with House Democratic leadership and the state Democratic Party.

Gaffney, who won reelection in 2019 with 60% of the vote against three opponents, likewise has a durable brand. He can expect to draw strong financial support from the city’s Republican establishment.

previousA 'rank freshman and a Democrat,' Allison Tant says she still had a good Session