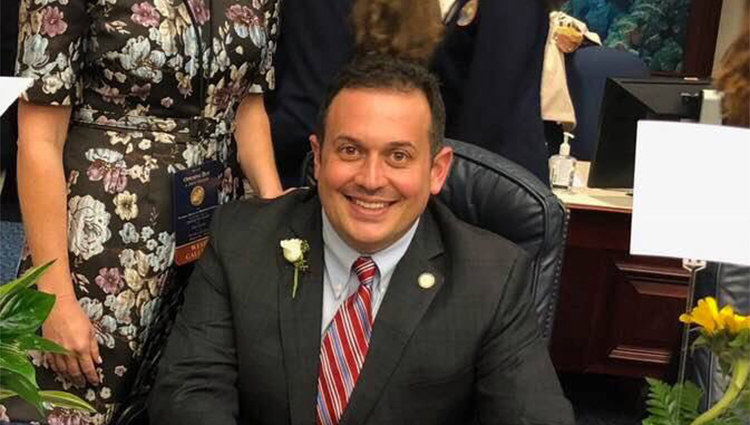 Diamond's move means he will not lead Democrats in the Florida House for 2022-24, costing them a valuable voice in Tallahassee.

Florida Democrats knew this day was coming when Charlie Crist announced his intention to run for Governor. Ben Diamond, one of their highest-profile members, made no secret of his ambition to succeed Crist as the Representative for Florida’s 13th Congressional District.

Diamond’s constituents and party members like him. He is affable, responsive, and works well with others.

Also, Diamond has been clear about his interest in serving in Washington one day.

He took the first step toward that on Monday when he officially joined the race to succeed Crist.

Like the musical “Hamilton” says, though, every action has its equal, opposite reaction.

In this case, Democrats gain a strong congressional candidate but lose the person chosen to lead House Democrats from 2022-24.

Florida Politics was first with the news.

While Diamond’s ambition is understandable, it’s not a good day for Florida Democrats. Republicans already outgun them in Tallahassee, and now they’re about to lose a rising star. To have any real impact in Tallahassee, Democrats need more people like Diamond.

Instead, they will lose the one they have.

It’s tough to be a Democrat in Tallahassee, no matter how well-intentioned they might be. Diamond sponsored 25 bills in the Legislative Session this year. The vast majority died in committee.

Congress is a little different, though. For now, at least, Democrats are in charge.

Also, CD 13 has been in the Democrats’ hands since 2016 when Crist defeated Republican incumbent David Jolly. He hasn’t faced a close call since then, but with redistricting looming, it’s too soon to forecast how the 2022 race will go.

First, Diamond would have to defeat Eric Lynn, who served as a national security adviser for Barack Obama, in the Democratic primary.

If that happens, he could face fire-breathing Anna Paulina Luna in the general election. Luna, a military veteran, made a splash in her 2020 campaign against Crist, spouting her independence while pledging unflinching allegiance to Donald Trump.

She fell about 6 points short. Republicans will play to win, though. They already have an aggressive voter registration drive, and who knows what the district boundaries will look like?

With the Democrats’ slim advantage in the House, this race is certain to draw national attention and lots of money. The outcome could hinge on how the public feels about President Joe Biden‘s performance, and it’s not unusual for the incumbent party to lose House seats in the midterm elections.

That’s getting a little ahead of things, though.

In politics, one move causes another, and the dominoes fall into place.

The Diamond domino just fell, as many believed it would. We wait to see what comes next.