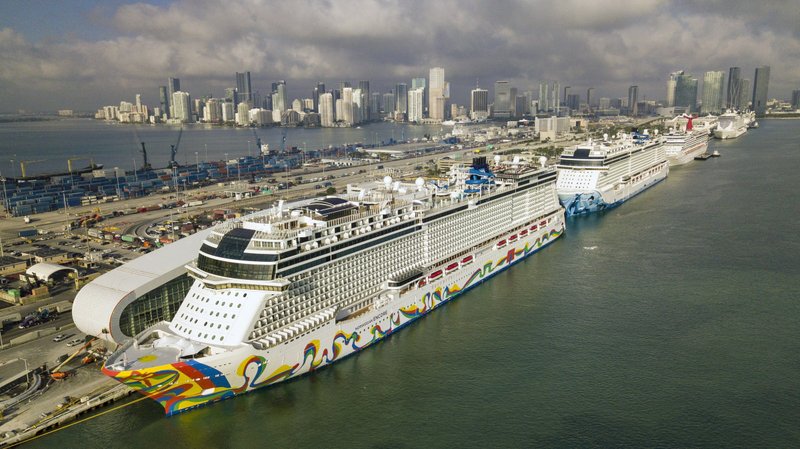 The state’s massive cruise industry is caught in the cross hairs between the federal government’s cautious coronavirus rollbacks and Gov. Ron DeSantis’ no holds barred approach.

After the Governor successfully pushed for a new law banning businesses from requiring proof of vaccination, also called a vaccine passport, the state’s multibillion dollar cruise industry is unsure how to proceed on a directive from the U.S. Centers for Disease Control and Prevention that says large capacity cruise ships can start cruising again in July, but only if 95% of passengers can show proof they’ve been vaccinated.

“Something’s going to have to give there,” Frank Roig, Chief Operating Officer at PortMiami, said. “We’re not too happy about that. We need to see something. We need to see the needle move a little bit.”

Michael Rubin, vice president of the Florida Ports Council, who also attended the virtual meeting, said the Cruise Line International Association, an industry trade group, had been in talks with the Governor’s Office about an exception to the ban for large cruise ships.

Rubin indicated public statements in support of vaccine documentation made on a number of occasions by Miami-based Norwegian Cruise Line Holdings CEO, Frank Del Rio, threw a wrench in the talks.

“I think they were hoping to do it out of the public limelight, and I don’t think that article — certainly the comments from Norwegian CEO — was not something that I would say that the rest of the CEOs wanted to see,” Rubin said.

While DeSantis has been supportive of the cruise industry, including by suing the federal government over the initial no-sail order for large cruise ships and allocating $250 million of federal relief money in his budget proposal to the struggling industry, he made statements last week indicating he did not think an exception to the vaccine passport ban was the best way to deal with the issue. Instead, DeSantis insinuated the CDC should be the one to back off of its directive.

“If you don’t let them sail from Florida,” DeSantis noted, “they’re going to sail from the Bahamas.”

Any exception to the vaccine passport ban would mark a reversal from a policy DeSantis repeatedly said he supported.

“He’s been pretty vocal on the vaccine passport prior to that statement from the CDC,” Rubin said. “I’m not surprised that the CDC then came out and put the cruise lines in a hard position. You can go through this and sail in six months or if you certify that you’re vaccinated you can sail right away.”

The pressure has only ratcheted up in recent days with the Associated Press reporting that Del Rio is now threatening to keep its ships out of Florida if the company can’t operate in the state by mid-summer. The company owns Norwegian Cruise Line, Oceania Cruises and Regent Seven Seas Cruises. Del Rio is still discussing the matter with DeSantis’ office. The Governor’s office did not immediately return a request for comment on the matter.

If the cruise lines aren’t able to provide proof of vaccination for passengers it would take about six months to meet other criteria set forth by the CDC.

The CDC also requires proof that 98% of crew members are vaccinated, but ports are getting around that requirement by offering vaccinations to cruise ship crew members at the ports.

Cruise lines have been barred from sailing in U.S. waters or stopping at U.S. ports since March 2020.