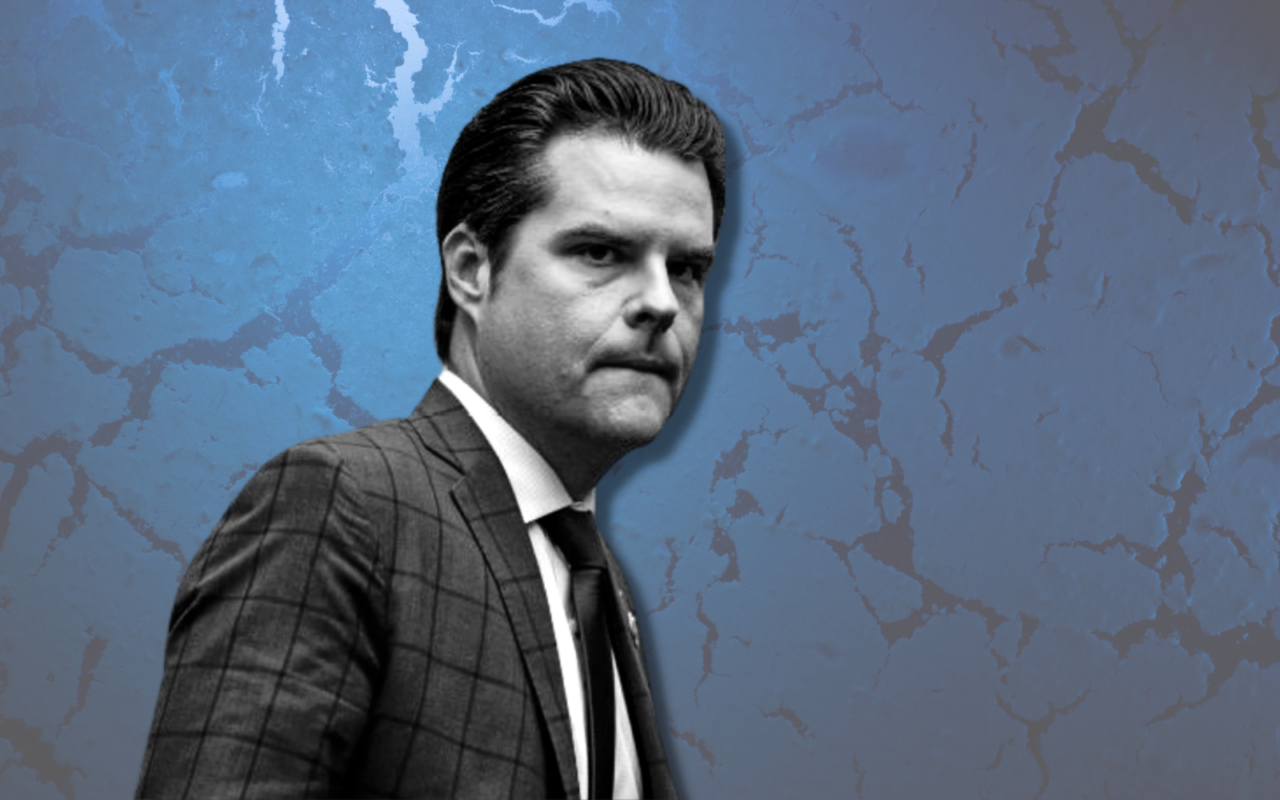 She could corroborate details about a 2018 Bahamas trip central to the case.

An ex-girlfriend of Matt Gaetz could cooperate with federal prosecutors building a criminal case against the Congressman.

CNN reports prosecutors are speaking to a former Capitol Hill intern who dated Gaetz. Investigators think she was on a 2018 plane trip to the Bahamas that has become central to the unfolding Gaetz scandal. Dr. Jason Pirozzolo, a medical marijuana entrepreneur, and then-state Rep. Halsey Beshears are also thought to have been on the flight.

There has been growing interest in Gaetz’s former girlfriend, who now works for the state of Florida. She worked for multiple members of Congress including Rep. Darren Soto, an Orlando Democrat.

Gaetz for the past six weeks has been embroiled in a scandal including allegations of sex trafficking a 17-year-old girl he paid with cash or gifts for sex. CNN and other outlets have reported that 17-year-old was also on the flight.

POLITICO last month reported Gaetz’s ex-girlfriend feared she may have been recorded by prosecutors on a conference call with other women on the flight discussing what took place.

If the ex-girlfriend provides witness testimony, it likely could corroborate information provided by former Seminole County Tax Collector Joel Greenberg, who has been indicted on 33 federal counts including sex trafficking. He faces a deadline this week to reach a plea deal with federal prosecutors.

Last month, Greenberg’s attorney, speaking to press outside an Orlando courthouse, hinted his client’s cooperation could spell problems for the Congressman.

“I am sure Matt Gaetz is not feeling very comfortable today,” said Fritz Scheller.

Gaetz has vehemently denied the accusations.

“Matt Gaetz has never paid for sex,” read a statement provided to the media by the Congressman’s office. “Matt Gaetz refutes all the disgusting allegations completely.”

But other outlets have obtained receipts that show Venmo payments sent by Gaetz to Greenberg, followed immediately by Greenberg sending money to young women.

nextJoe Henderson: Choosing lies over truth may not be so costly in Florida