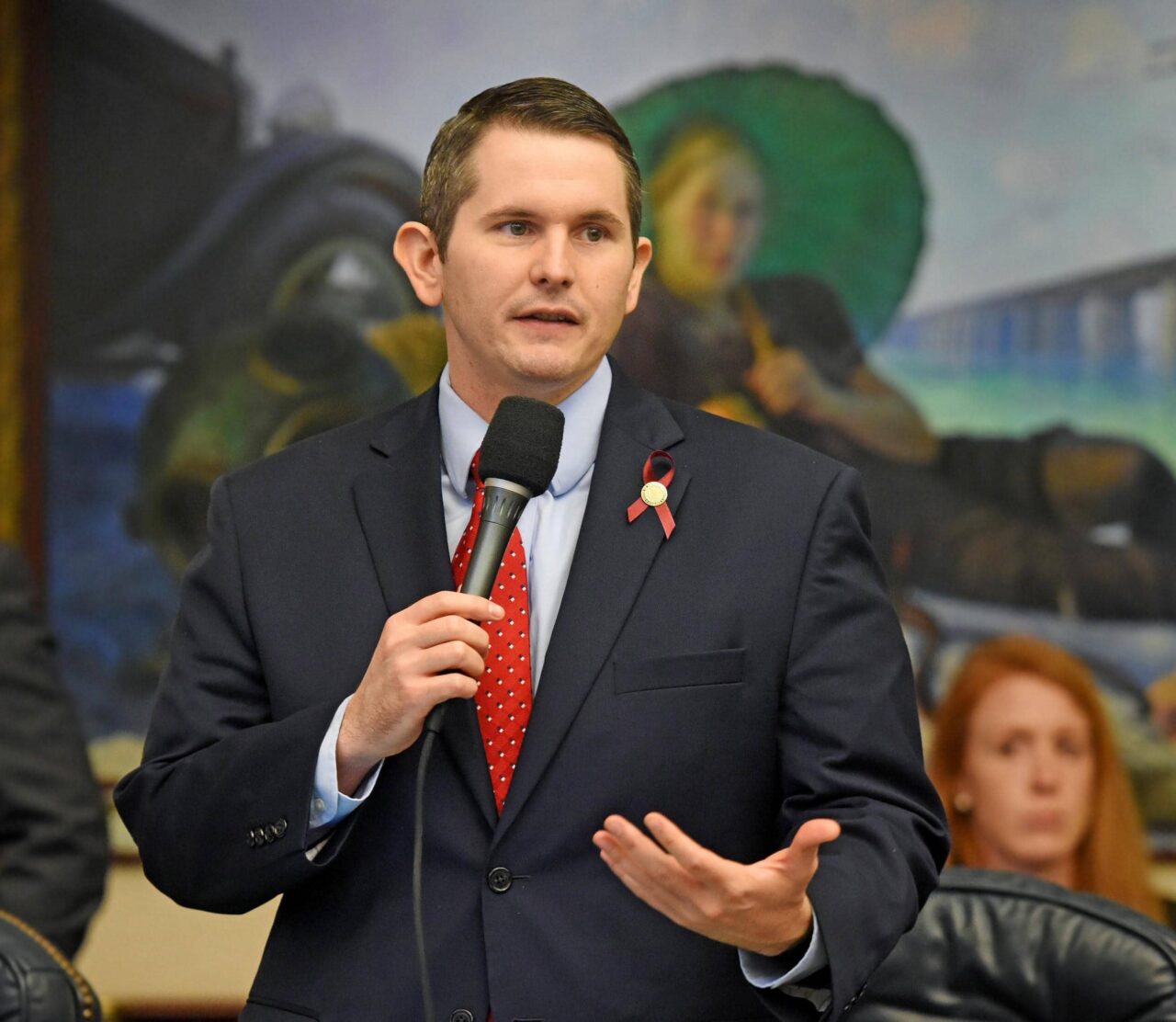 In a world where everyone wants their technology to work, but no one wants to know how it works, Jacksonville Rep. Jason Fischer has embarked on the sometimes thankless job of stepping up the state’s tech infrastructure.

“I grew up as a digital native, and so that’s just how I naturally approach things,” Fischer told Florida Politics in a post-Session interview.

The Republican lawmaker’s background makes him well-suited for the job. Fischer is an electrical engineer and a member of InfraGard, a partnership between the FBI and the private sector that deals with protection of U.S. critical infrastructure like cybersecurity, which means Fischer understands the threats cybersecurity risks pose to government.

“We live in a digital age where some hacker sitting in his boxers in a country that most people have never heard of can take down a major facility or shut down our roads. I mean, it’s kind of scary,” Fischer said.

Fischer is chairman of the House Government Operations Subcommittee, which is where a 26-page bill (HB 1297) to update the state’s cybersecurity infrastructure originated during the 2021 Legislative Session.

Fischer had a major hand in crafting the bill, but did not push it alone. Rep. Mike Giallambardo, who works in cybersecurity, carried the bill.

But it turns out understanding technology is not the only thing you need to get a tech bill passed in the Florida Legislature, where members don’t always want to dive into the minutiae of technology best practices.

In one committee hearing on the bill, Rep. Randy Maggard commented on the legislation.

“I just want to thank Rep. Giallambardo for explaining or trying to explain this,” Maggard quipped. “I’m just going to trust that you’re doing what you need to do well.”

As a co-founder of the House Tech Caucus, Fischer has plenty of passion for tech himself, but knows he has to appeal to other legislators in a more personal way.

“I usually try to start out with the personal side of things and say, ‘has anyone ever hacked your Facebook?’” Fischer explained.

The personal appeals got Fischer pretty far with his goals. The bill passed both chambers and is awaiting Gov. Ron DeSantis’ signature.

A major piece of the legislation involves the Florida Digital Service, a band of tech experts who will be tasked with coordinating cybersecurity among the state’s various agencies and ensuring all agencies are abiding by federal cybersecurity standards.

“That’s one of the biggest security risks that we had. Not just that there weren’t robust protocols in every agency, but there really wasn’t anybody organizing or making sure that it was all happening in all agencies,” Fischer explained.

Florida Digital Service, under the new law, will also be involved with procurement of new IT systems across the various agencies to make sure everything is interoperable, which Fischer explained is just a “fancy” way of saying the systems need to be able to communicate with each other seamlessly — something that hasn’t always been the case in Florida’s government services.

“Florida has struggled with procuring IT projects over time, whether it’s radio systems or our unemployment system, you can just go through the different IT systems that we’ve purchased over time,” Fischer said.

To get started, the Legislature agreed to budget $30 million toward the effort, which won’t cover everything the state needs. Fischer characterized the funding as a “great initial investment.”

“We did get a lot of funding for it. You know for a state our size you never get everything that you need,” Fischer said.

The $30 million will help set up a cybersecurity operations center and will allow for more cybersecurity training among the state’s IT professionals.

Fischer expects that as cybersecurity threats loom larger, funding will follow. Recent reports of the Colonial Pipeline cyberattack could factor in.

“I think as others start to realize the threat is real more money will be poured into it, because as we’re seeing with the pipeline hack — and that’s a private sector attack — the important thing here is that it’s become more elevated,” Fischer said.

But will Fischer’s cybersecurity accomplishments break through to voters? That matters to Fischer who has filed to run for the Senate in Jacksonville.

Reapportionment is expected to reconfigure the districts in his area, but two current area senators – Audrey Gibson and Aaron Bean — will be term limited out by the next election.

Fischer, a former school board member, will also be running on school choice and the Republican platform staple of tax cuts. Cybersecurity may be less of a political calculation, as campaign platform bullet points sometimes are, and instead a genuine concern about the state’s wellbeing.

“Cybersecurity is really tough to get average, everyday citizens to focus in on,” Fischer said. “But I think that there’s been some security breaches in the country. I do think that our enemies will continue to try to attack us and as those issues come up, those will give a good opportunity to really talk about and connect.”