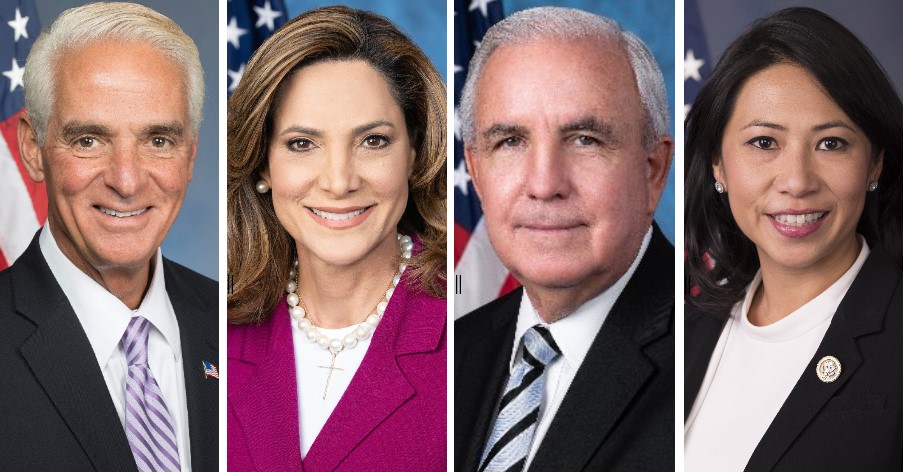 But the ratings are hypothetical and don't account for redistricting.

One of Washington’s top political prognosticators issued rankings on competitive House districts in 2022, and four Florida seats made the charts. But the rankings come with one big caveat.

The site lists the race to succeed Charlie Crist in Florida’s 13th Congressional District as a “Tossup.” That makes it one of 19 Democrat-held seats tabulated as top tier. That’s compared to two Republican-held seats ranked as coin flips.

Rep. Maria Elvira Salazar gets categorized by the UVA team as the most at-risk incumbent in Florida in her 27th Congressional District. But her race still makes the “Lean Republican” column.

Reps. Carlos Giménez, a Miami Republican, and Stephanie Murphy, a Winter Park Democrat, appear on the rankings respectively in the “Likely Republican” and “Likely Democratic” categories.

But Crystal Ball Managing Editor Kyle Kondik notes these rankings all assume races under current lines, making the rankings purely hypothetical. The Republican Legislature will redraw all of Florida’s congressional boundaries next year, and the addition of an additional seat in Florida means there’s no chance the lines stay put.

Kondik on Twitter specifically discussed placing the Crist seat in the tossup column. The absence of an incumbent certainly played into the rating. He noted the district performed well for Democrats in 2020, but that first midterm after President Joe Biden unseated Donald Trump will be a different environment.

“Biden +4, Crist won by 6 under current lines, and he’s running for Governor,” Kondik tweeted. “It’s the kind of open seat that I think should be considered as highly competitive under a Democratic President in a midterm.”

Similarly, Cook calculated Giménez’s district as a D+2 after he beat Democratic Rep. Debbie Mucarsel-Powell in 2020. Murphy’s district was graded as a D+3 district, yet the two incumbents from different parties end up at about the same place on the Sabato scale.

Kondik explains that the Crystal Ball team feels bullish about Republican performance in 2022 for a number of reasons.

“Incumbents from the non-White House party very rarely lose in midterm General Elections,” Kondik wrote. “No Democratic House incumbents lost in 2006 or 2018 when they won control of the House during Republican presidencies, and no Republican House incumbents lost in the 1994 General Election, when the GOP won the House majority for the first time in four decades during Bill Clinton’s first midterm.”

Even in years that bucked historical trends, like 1998 and 2002 when the non-President’s party lost seats, few incumbents lost their seats.

Given the significance placed on incumbency, Kondik also addressed rumors about other seats that may open. He said consideration was given to the fact Murphy could run for U.S. Senate this cycle instead of reelection. The same goes for Rep. Val Demings, an Orlando Democrat expected to run.