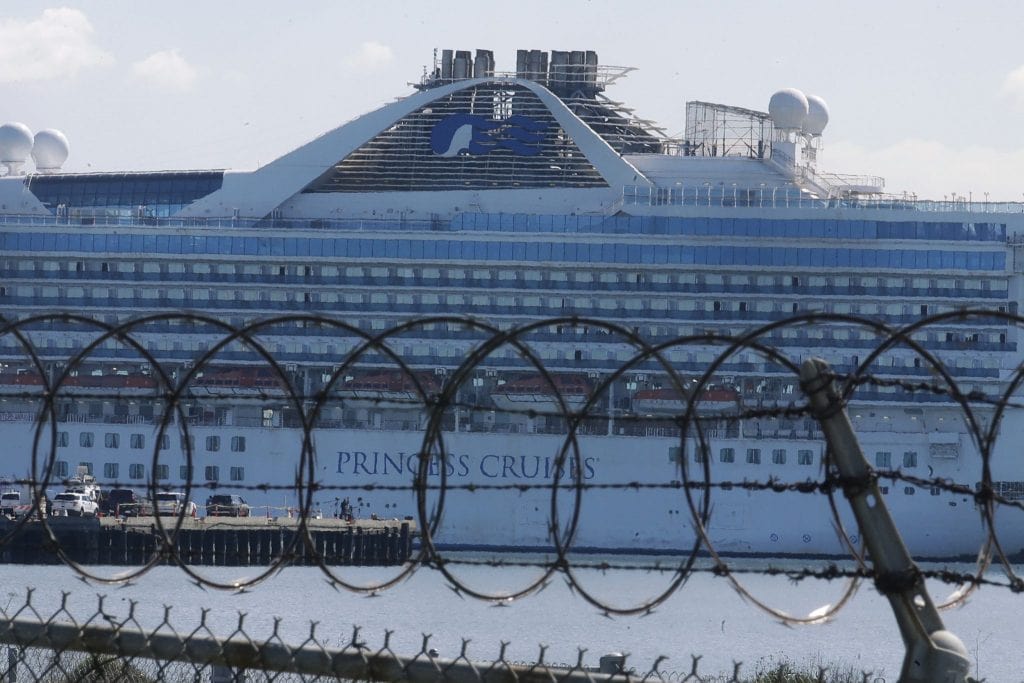 The state is publicly fighting the CDC, but Forbes said that wasn't the case behind closed doors.

A spokesperson for Gov. Ron DeSantis says Forbes misinterpreted comments from a cruise executive when it reported the administration is working with the industry to create a mutually beneficial loophole to the state’s vaccine passport ban.

According to Forbes, the Governor’s Office and three of the largest cruise lines — Royal Caribbean Group, Norwegian Cruise Line Holdings and Carnival — are crafting an exemption to the prohibition against businesses requiring proof of vaccination for entry. That’s despite the DeSantis administration actively fighting a U.S. Centers for Disease Control and Prevention order allowing cruises to set sail next month if 98% of crew members and 95% of passengers are fully vaccinated.

According to Forbes, the state and the industry are looking to distinguish between on-land and at-sea. Cruisers would be under the state’s protections in the terminal, but the state would consider them outside its jurisdiction once they step on the ship.

However, DeSantis’ press secretary, Christina Pushaw, said that was a possible resolution floated by one cruise line executive, not the Governor’s Office.

Cruise ships are in state waters when docked at a port, a topic the Forbes article addressed but Pushaw used to reject the report.

She also rebuked Forbes’ reference to a letter sent by Florida Surgeon General Scott Rivkees to Royal Caribbean and Celebrity telling the cruise lines they don’t need the state’s permission to sail. Forbes noted the vaccine passport as Florida’s hurdle for the industry.

“What’s standing in the way of cruise lines is the CDC requiring passengers to show their papers,” Pushaw said.

Companies potentially face a $5,000 fine each time they enforce vaccination requirements on a customer.

The federal government has long been the regulator for cruise lines, and legal experts believe the CDC retains the right to make the rules for sailing. Yet as recently as Friday, DeSantis remained confident the state would win the case.

“We will win. We were right on the law. All indications are that will be and we will be absolutely upheld in the 11th Circuit,” he said in Lakeland. “One way or another, we’re going to get it done.”

Cruises will be happy to sail without CDC-mandated vaccination requirements, he added.

However in early April, Norwegian Cruise Line announced plans to require everyone on board its ships to be “100% vaccinated.” Other cruise lines followed suit.

The next month, Norwegian Cruise Line Holdings CEO Frank Del Rio raised the possibility of moving operations to other states if the vaccine passport ban moves forward as planned, according to Royal Caribbean Blog.

With a contradictory opinion, travel industry officials said they want to see people get vaccinated, but they think it would be a mistake if travel businesses require vaccines. Still, they consider vaccine passports a viable option to screen customers.

A February poll of Cruise Critic readers found 81% said they would still cruise if vaccines were required. Only 5% said it would absolutely deter them from sailing.

On the call obtained by the Royal Caribbean Blog, Ritzenthaler praised DeSantis for trying to get passengers aboard cruise ships again and for pushing back against vaccine requirements. However, she distinguished between cruises and local businesses.

“When he came out with the policy that says that he will not require in the state of Florida people to show proof of vaccinations, he was talking about restaurants, bars, hotels, Disney, places that weren’t cruise ships because at the time, cruise ships weren’t open yet,” Ritzenthaler said.