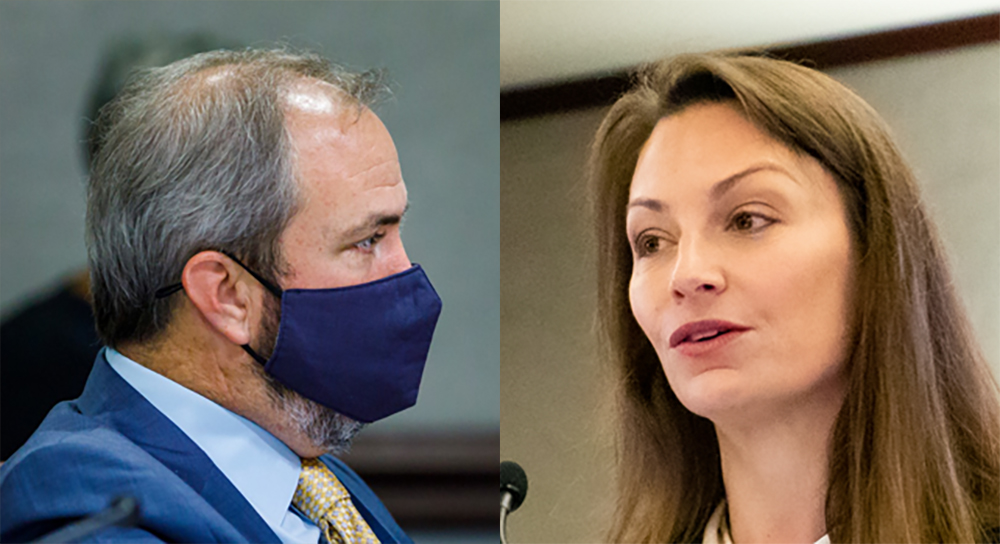 Gruters demanded an investigation days after Fried amended financial disclosures from 2017 and 2018 to reveal hundreds of thousands of dollars in additional income from Igniting Florida, a consulting firm that lobbied lawmakers on behalf of the medical marijuana industry. Fried, Florida’s only Democrat holding statewide office, changed her reports ahead of announcing her campaign for Governor.

Fried filed an amendment to her 2018 financial disclosure. It now reveals an income from Igniting Florida of $351,480. She also amended 2017 disclosures with the Division of Elections to show she made $165,671 in consulting fees, not just $84,000 as previously disclosed.

All of the income predates her taking office as Agriculture Commissioner in January 2019. She addressed the controversy over the change in her disclosures during an interview Friday on the syndicated radio show, “Florida Roundup.”

“We amended our financial forms. It was an error we saw when we were working through my forms this year. Basically what had happened, which was very simple, I gave my attorneys back in 2018 my salary for 2018,” she said. “It was roughly six months of income from January to when I announced. And we realized that in 2017 gross income also included all of my business income and reimbursements and that should have also been reported, not just my salary.

“But this is all stuff that has been disclosed. As a lobbyist, as well, I had to report all my compensations. That’s been public for a long time. So this was an error on our part.”

That’s not enough of an explanation for Gruters, an accountant by trade whose firm specializes in political reports.

Gruters said Fried’s comments also ignore a potential conflict of interest as Fried has been a vocal marijuana proponent. He also noted a likelihood Fried profited from the sale of one of her firm’s chief clients.

“Igniting Florida’s primary client was San Felasco Nursery — which at the time held a medical marijuana license in Florida,” Gruters wrote. “Fried’s marijuana lobbying client was later acquired for $65 million by Harvest Health & Recreation, Inc., a vertically integrated cannabis company. Fried reported on her 2019 Financial Disclosure Form that she owns $190,260 worth of interest in Harvest Health & Recreation. Both as a lobbyist and as Commissioner of Agriculture, Nikki Fried has promoted the interests of marijuana distributors.”

He also said there needs to be scrutiny of Igniting Florida’s lobbying disclosures. There, he said the amount disclosed in pay does not line up with the income Fried now reports. For 2018, the firm reported lobbying compensation of less than $120,000 over the course of the year.

He spotlighted similar issues with the 2017 income Fried now reports.

“Based on the apparent discrepancies between Fried’s multiple amendments to her Financial Disclosure Forms and the lobbying compensation reports she filed with the Legislature, I request your Committees to use all available resources and powers to immediately review and audit Igniting Florida, LLC’s accounts, bills, receipts, computer records, books, papers, and other documents and records necessary to substantiate the compensation reported to the Florida Legislature and certified as true and complete by Fried,” writes Gruters.

Request for Review Igniting Florida 1 by Jacob Ogles on Scribd