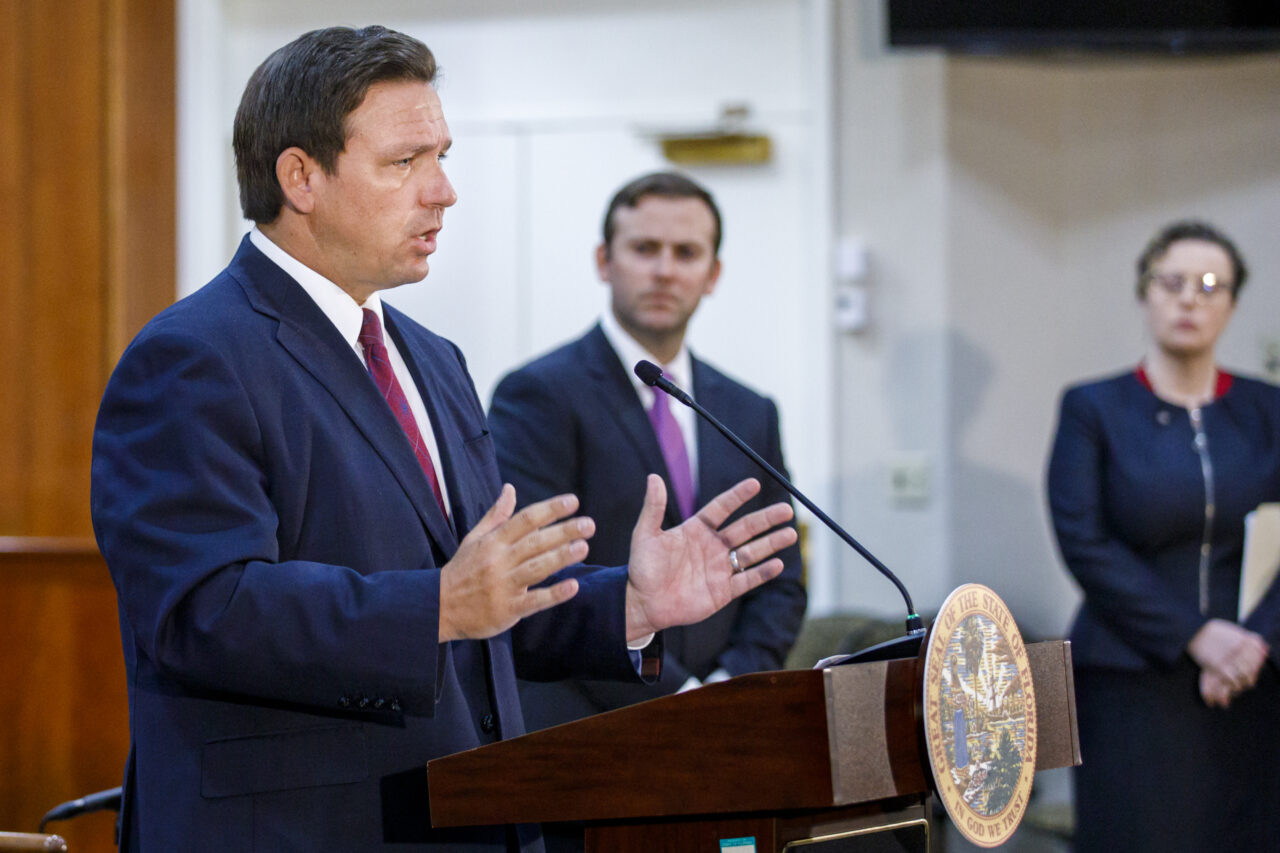 DeSantis is poised to deliver the Chinese government a big “no thank you” for research funding in Florida's intuitions.

Two bills dealing with foreign influence were set on the Governor’s desk Thursday.

The legislation comes on the heels of a press conference Thursday where Gov. Ron DeSantis endorsed a theory that a lab in Wuhan, China is the origin of the Covid-19. All events play into a narrative DeSantis, who is widely thought of as a contender for the 2024 presidential race, has been pushing since at least the start of the year that he is tough on China.

DeSantis specifically called out China as a central threat at the initial unveiling of several bills that take aim at US foreign adversaries. Two of those bills are what is sitting on his desk Thursday. The bills check off stated priorities of DeSantis so it is all but certain he will sign the bills.

The would create the “Combating Corporate Espionage in Florida Act” by amending current trade secret theft definitions and crimes. A trade secret is a formula, process, device, or other business information kept confidential to maintain an advantage over competitors.

The bill creates the crime of trafficking in trade secrets, a second-degree felony, which would be reclassified one degree higher if committed with intent to benefit a foreign government. About 80% of all economic espionage prosecutions brought by the U.S. Department of Justice allege conduct that would benefit the China.

The bill also allows private individuals and corporations greater ability to seek compensation in state court for stolen trade secrets, and offers immunity to a person who discloses a trade secret to authorities during an investigation or legal proceeding.

The other bill requires greater disclosure of where Florida researchers are getting their grant money and prohibits some agreements between government agencies or schools with China and six other countries.

Rep. Erin Grall, who sponsors the bill, said the idea for the legislation came after the House Select Committee on the Integrity of Research Institutions undertook a review in 2020 of Florida’s university-based research programs. The select committee learned that federal officials were investigating about 200 cases across the U.S. involving federal grant recipients of research funds, who had failed to disclose professional, academic and business relationships in violation of various requirements. Florida’s institutions were part of the investigations, including the Moffitt Cancer Center and Research Institute, the University of Florida, among others. The select committee determined Florida State Research grants, often lacked requirements deemed reasonably necessary to ensure research integrity.

As a result of the review, the bill outlines rules and procedures to keep adverse foreign influence at bay in Florida’s colleges and universities. The bill names China, Russia, Iran, North Korea, Cuba, Venezuela, and Syria as “foreign countries of concern.” The list was chosen from the federal foreign adversaries list.

Gov. DeSantis has until June 19 to act on the bills.