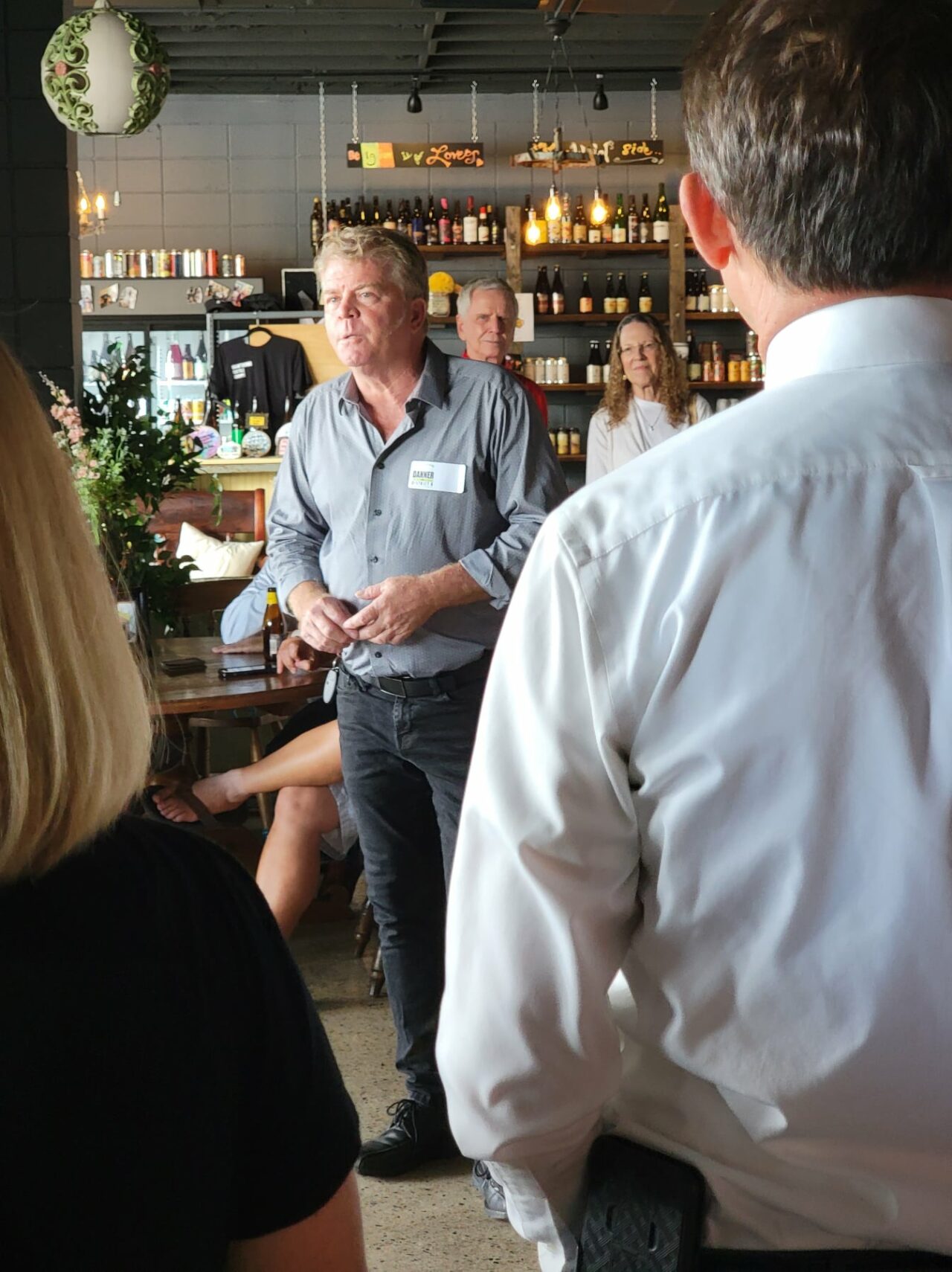 The two-term District 8 representative hosted a kick-off party for his race Thursday night at Hawthorne Bottle Shop in the Grand Central District.

Danner served two terms on City Council, elected in 2005 and 2009. Two terms have passed since he left office, making the former Council member eligible to run again. The city’s two term limit resets once a member has been out of office for another two terms.

As a City Council veteran, Danner is running under the campaign slogan “The work continues.”

During his time in office, Danner, a registered independent, was known for his work on transportation and transit issues. While those issues have progressed significantly since his service — construction on a bus rapid transit line connecting downtown St. Pete to the beaches is underway and a robust complete streets program is already seeing results — there is still much to do.

Danner supported the Greenlight Pinellas transit referendum in 2014, which failed miserably at the ballot box despite robust bipartisan support. Local officials in the coming years will have to again grapple with how to fund transit improvements, an issue Danner worked on as a former member of the Pinellas Suncoast Transit Authority board.

He might already be looking at a good base of support for his run.

Some current members of City Council were on hand at Danner’s kickoff, including Ed Montanari, who would offer key cross party support should he endorse Danner’s candidacy, and Gina Driscoll. Former City Council member Charlie Gerdes, whose son is expected to run for his old seat in District 1, was also on hand.

“Thank you Councilmembers Charlie Gerdes, Gina (Driscoll), Leslie Curran, Ed (Montanari) for your support and friendship over the years,” Danner captioned a photo of the group that was posted on Facebook.

Danner is the fourth candidate to enter the race and could quickly emerge as a frontrunner thanks to his longstanding ties to the District 8 community, which includes Danner’s Historic Kenwood neighborhood.

Richie Floyd is currently leading the race in fundraising, with more than $38,000 banked so far and about $33,000 remaining. Floyd is a self-described Democratic Socialist, setting up a battle with the more moderate Danner, who is often mistaken for a Democrat.

The candidates have all filed to run for the seat currently held by Amy Foster, who is facing term limits. Foster has served on the Council since being elected in 2013. Foster replaced Danner.

District 8 borders the west side of I-275, north of south St. Pete and includes the historic Kenwood neighborhood.