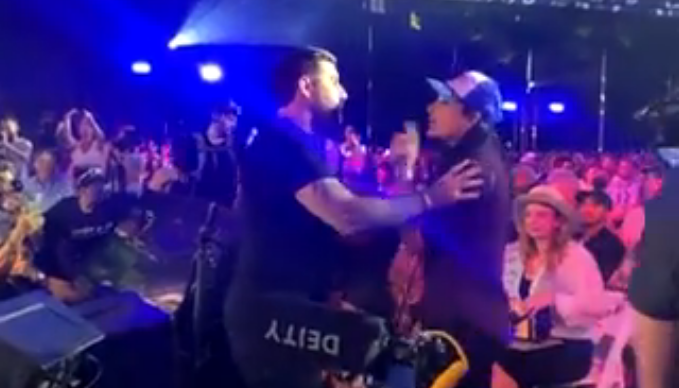 She told the social media exec he's "interfering with elections like my own."

Loomer, famously banned from most social media, accused Dorsey of meddling in elections and violating her rights.

Rough video of Loomer trended — ironically — on Twitter after the episode. In it, she can be heard shouting as security intervenes.

“Censorship is a human rights violation,” she said. “You are interfering with elections like my own.”

Newsweek was also covering the conference and further reported on her remarks.

“How can you say that this is a currency for everyone in the world when you are the king of censorship?” Loomer shouted, according to the magazine. “Bitcoin is about decentralization, and you have no right to be here today speaking about this.”

Dorsey later addressed the topic of censorship at the event, Newsweek reported.

Nevertheless, she continued to stay relevant, even after Twitter, Facebook, and (in the past few weeks), Clubhouse, banned her. Her frequent anti-Muslim rhetoric earned her the punishment.

But as more platforms have removed Loomer, Florida Republicans have rushed to her defense. Last year, she was the poster child for legislation calling for large platforms to face fines for censoring political speech.

A version passed this Session after Twitter and Facebook suspended Trump’s accounts. Gov. Ron DeSantis last month signed the bill into law. It prohibits social media companies from banning political candidates for more than 14 days. Violations will result in $250,000 fines for statewide candidates or $25,000 for local candidates.

That includes Loomer, who is filed again as a candidate in CD 21. As of the end of March, Loomer had $25,210 in cash on hand for another run against Frankel.