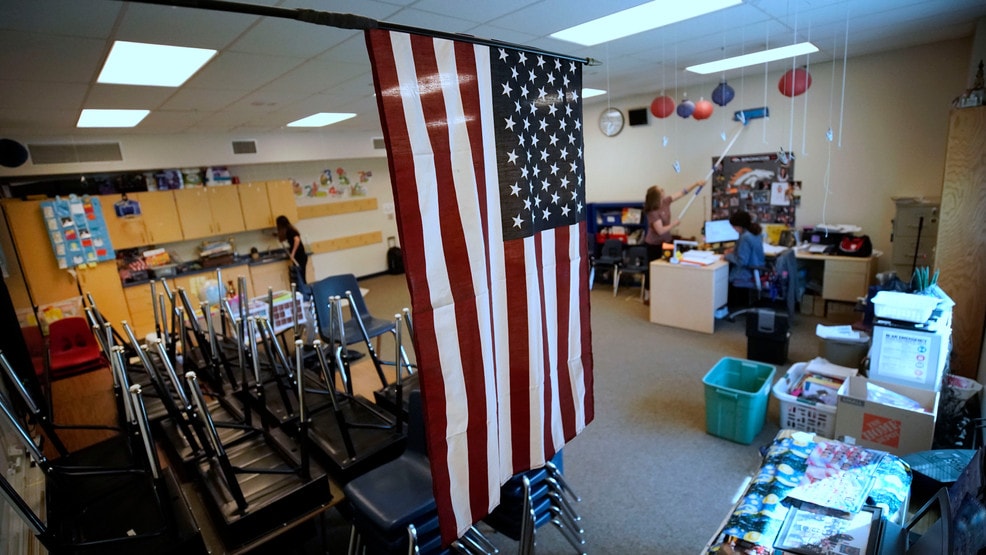 The Florida Education Association reiterated opposition to an expected ban of critical race theory, urging “some respect” from the Board of Education for teachers in an email blast Tuesday.

While neither the press release nor the rule change uses the loaded phrase “critical race theory,” the debate and the larger issues regarding education and free speech in the state are at the forefront of what otherwise might be a forgettable board meeting on the road.

On Thursday, the State Board of Education will meet in Jacksonville to vote on a proposal that attacks critical race theory and other deconstructions of traditional civics curricula.

The proposal will ban defining American history as “something other than the creation of a new nation based largely on universal principles stated in the Declaration of Independence.” Teachers will also be forbidden to “share their personal views or attempt to indoctrinate or persuade students to a particular point of view.”

The union, for what could be the final time before Thursday’s vote, memorialized its objections, asserting the change “appears to have a political rather than educational motive.”

Among some suggestions for rewording the rule was a plea to remove the word “indoctrinate.” The goal, the union said, is to be “factual and objective.”

“Students deserve the best education we can provide, and that means giving them a true picture of their world and our shared history as Americans. Hiding facts doesn’t change them. Give kids the whole truth and equip them to make up their own minds and think for themselves,” said FEA President Andrew Spar.

“If giving students a good education is the goal, the rule could be amended to say in part: ‘Instruction on the required topics must be factual and objective, and may not suppress or distort significant historical events, such as the Holocaust, slavery, the Civil War, Reconstruction, and Jim Crow.’”

The FEA seeks an expansion of acceptable topics for exploration beyond those listed in the proposed rule.

“Identifying the Holocaust as the only listed example of a ‘significant historical event’ omits important areas for instruction and discussion that are specifically included in the statute this rule addresses. Recent events have shown us that each of these events has the potential for distortion and mischaracterization, and each should be given special mention in this rule,” the FEA urges the board.

The union position comes when DeSantis, with a 2022 reelection ahead, is vowing to ensure that the ideology of schools tracks with the larger political culture of the state.

“Next week, I have my Commissioner of Education going to the Board of Education banning it … banning any departure from accurate history and following our standards. This is something we’ve got to stay on the forefront of,” DeSantis said on Fox News last weekend.

On Saturday night’s “Unfiltered with Dan Bongino,” DeSantis vowed to turn his “political apparatus” against Republican school board candidates who oppose his educational reforms.

“We’re not going to support any Republican candidate for school board who supports critical race theory in all 67 counties or supports mandatory masking of school children,” DeSantis told Bongino.

School board races in Florida are nonpartisan.

“Local elections matter. We are going to get the Florida political apparatus involved so we can make sure there’s not a single school board member who supports critical race theory,” DeSantis added.