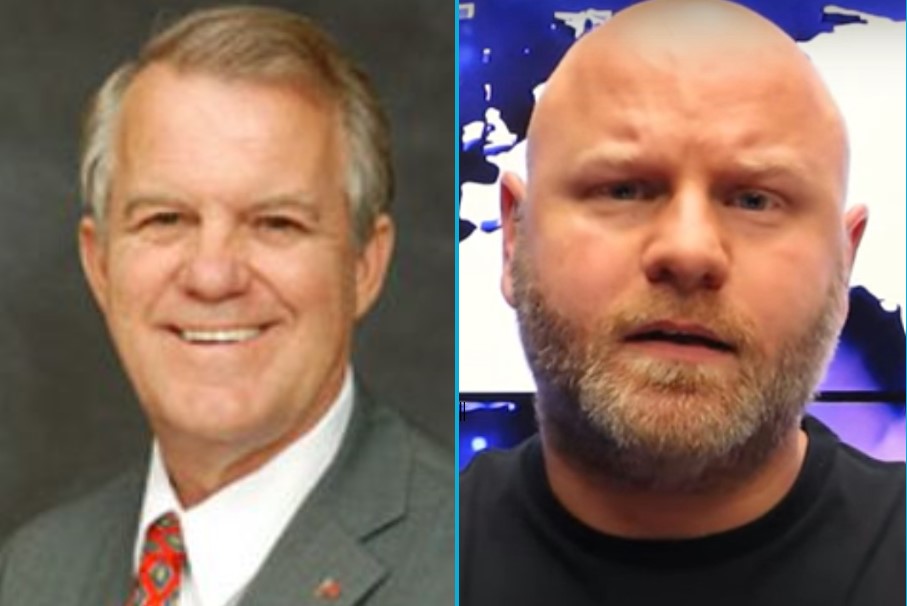 A YouTube pundit based in the Panhandle blasted a graduation speech by Sen. Doug Broxson. But the Gulf Breeze Republican lawmaker said his message wasn’t intended to offend.

Broxson spoke on Saturday at the commencement ceremony for Gulf Breeze High, in which his eldest grandchild graduated. There, he spoke about the particular challenges the Class of 2021 faced this school year, the pandemic chief among them.

“I’m certain many times you went home saying, how stupid can government be, making you do the things you had to do,” he said. “Canceled classes, distance learning, loss of sports, social distancing, contact tracing, quarantining, and worst of all, wearing a mask — unprecedented challenges, demands and sacrifices, but somehow you have survived and you’re here and ready for the next stage of your life.”

Broxson described the speech as innocuous, but at least one father of a graduating senior found it insulting and hypocritical.

YouTube personality Farron Cousins, who boasts more than 137,000 subscribers to his Farron Balanced channel, had a son graduating. The progressive pundit was not pleased by Broxson’s remarks.

“When Doug Broxson gave his little speech, he told the kids, No. 1, that the government is incompetent — the government that he works for and he helps run here in the state of Florida because Republicans control the state Legislature,” Cousins said. “He’s in the controlling party and he’s like, yeah, we suck at our jobs.”

But Cousins was even more upset at the condescending attitude about COVID-19 restrictions.

“How terrible that you have to protect yourself and other people during a pandemic,” Cousins said sarcastically.

Broxson, for his part, said he did not intend to insult the restrictions put in place by schools at the direction of the state Department of Health.

“It was more of an observation than a criticism,” he said.

As chair of the Senate Education Appropriations Subcommittee, the bulk of the Senator’s speech focused on the higher education options available to students living in the state of Florida, home to 12 major universities and 28 colleges. He stressed Florida’s tuition is second-lowest in the nation, behind only Montana. While he said every student will decide on their future, he used the speech to say why many professionals stay in Florida.

He closed by discussing a national heritage of hard work and faith in God, which he attributed to producing the “greatest economy in the history of mankind.”

For Cousins, the speech seemed to place all societal plight on the federal government, while taking credit for everything good in the state. He also found it to be exactly the type of indoctrination conservative lawmakers, including Broxson, have railed against in education institutions.

“I was shocked to hear this man speak these words to these 17- and 18-year-olds as they go out into the world with their hugely impressionable minds,” Cousins said. “He’s sitting there trying to indoctrinate them into these Republican viewpoints. And this is coming from a guy who’s a member of the party that swears up and down that it’s the liberals, the left, that are trying to indoctrinate our children.”

Cousins said he was pleased at least that the most controversial parts of the speech drew no outbursts in deep-red Senate District 1. But he also told his viewers to pay heed, as Broxson has been touted as a likely successor to U.S. Rep. Matt Gaetz should the Congressman for any reason resign.

Broxson remained surprised, he said, that anyone would express such alarm, but acknowledged that can go with the territory.

“It was so uncontroversial I can’t believe anybody would believe it was political,” Broxson said. “But then it’s not unusual for politicians to be political. I’m definitely a Republican and believe we are doing a lot of things right in Florida compared to the rest of the country.”