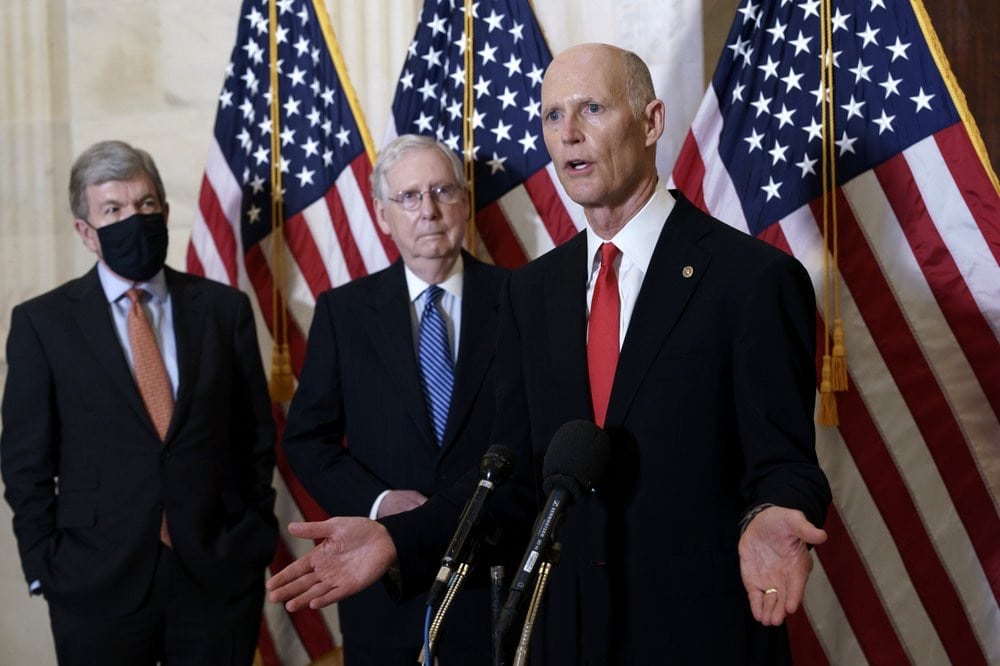 The Senator has aggressively messaged against the Chinese government, and this continued a grand tradition of warnings about what the Senator has called a “New Cold War.”

But whether it’s moved beyond being a “cold war” to a full-scale war in Scott’s perception is still an open question, at least if quotes to the media are an indication.

Scott, appearing on the conservative-leaning Newsmax cable network, addressed a series of Sinophobic questions on the Stinchfield program when the host asked if COVID-19 and imported fentanyl were tantamount to war being declared on Americans.

“Whether it’s a war or not, they’re clearly killing Americans, and it’s intentional,” Scott said of the drugs coming in, measuring his words carefully in response to a seemingly unexpected question.

“They’re not cracking down on this,” Scott added before pivoting into the more familiar terrain of economic nationalism.

“Every time an American buys a product made in Communist China, just remember what they’re doing. They’re helping the government of Communist China sell fentanyl in this country,” Scott added.

As he has previously, the Senator also pressed Joe Biden‘s White House to move more aggressively in calling for an investigation of the origins of COVID-19, as the once-verboten lab leak theory continues to strike those on the right as likely.

“The Biden administration seems to every day go to defend Communist China instead of defending America’s right to know. We have the right to know — we have to know what happened here,” Scott said.

Scott has blasted the Beijing regime repeatedly since the advent of the novel coronavirus.

“Communist China clearly covered this up. We don’t know how it got created, whether it was intentional or unintentional, but clearly, China has not been transparent,” Scott said in May, during a Fox Business Network appearance.