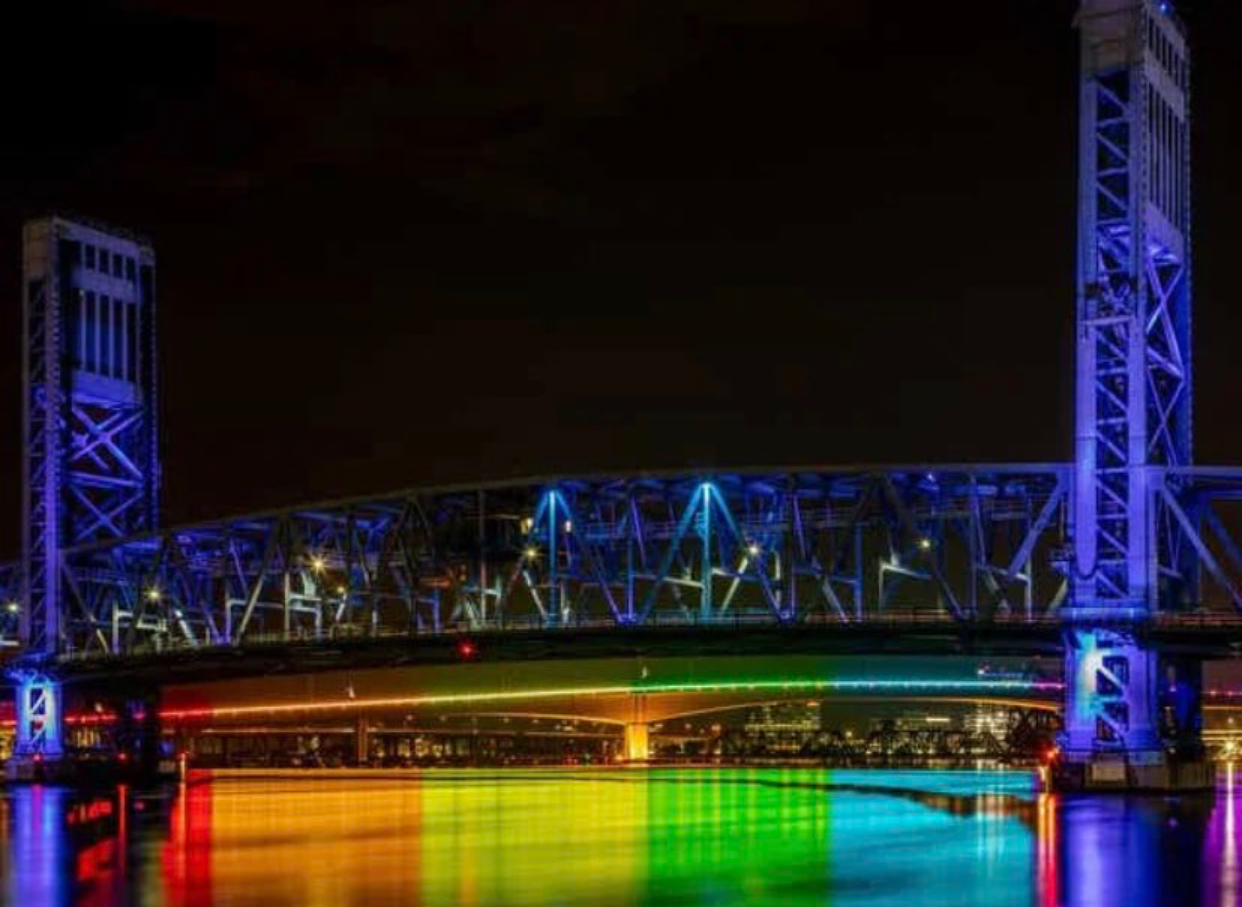 The rainbow lights will be back on the Acosta Bridge on Wednesday night.

A lighting scheme approved by the Jacksonville Transportation Authority to recognize the region’s LGBTQ community was reversed Tuesday, seemingly another blow to the community after the Governor signed legislation on the first day of Pride Month banning transgender girls and women from girls’ and women’s sports.

But that decision looks poised for reversal, according to Gov. Ron DeSantis‘ spokesperson, Taryn Fenske.

Fenske told Florida Politics Wednesday morning “the lights will be on.”

Fenske said the state Department of Transportation is “letting it go,” adding that other lighting displays “went up that were not on the approved list” previously, referring to already in place permits. However, the Pride display was the first to get blocked, a move that roiled locals.

The permit process will be reevaluated going forward, Fenske said, adding the decision was at the district level, finally bringing clarity to an opaque narrative.

The Florida Times-Union reported Tuesday the JTA set the Acosta’s colors to the distinctive Pride rainbow, then changed them back at the direction of the Transportation Department.

The lighting scheme was trumpeted to considerable fanfare ahead of its abrupt cancellation.

“Happy #Pride Jacksonville! Catch these colors on the Acosta Bridge all week,” read an ebullient tweet from the local transportation agency.

The reprogramming quickly found an audience beyond Jacksonville, with legislative Democrats outraged even as locals remained mum.

“Tell me your Governor is homophobic without telling me they’re homophobic,” tweeted Rep. Anna V. Eskamani.

“Should LGBTQ Floridians give the benefit of the doubt or BELIEVE HIM when he shows us who he is?”

The Governor’s Office move suggests that the politics of the lighting may be more nuanced than those blasts, even as DeSantis’ own provocations locally have made news on the LGBTQ front.

Jacksonville has made progress in terms of securing LGBTQ rights in recent years, enacting a Human Rights Ordinance expansion after years of civic turmoil.

However, conservatism is very much a real thing here. The social conservative wing of the local Republican Party turned on Mayor Lenny Curry for not stopping the bill from becoming law.

And DeSantis picked Jacksonville to kick off Pride Month last week by signing the transgender bill at a Christian school on the Westside of town.

Though state legislators were a-plenty, Curry and the locals were not to be seen on stage trumpeting the bill during the press conference tailored for a national audience.

He denied that signing the bill on the first day of Pride Month was a message to the LGBTQ community.