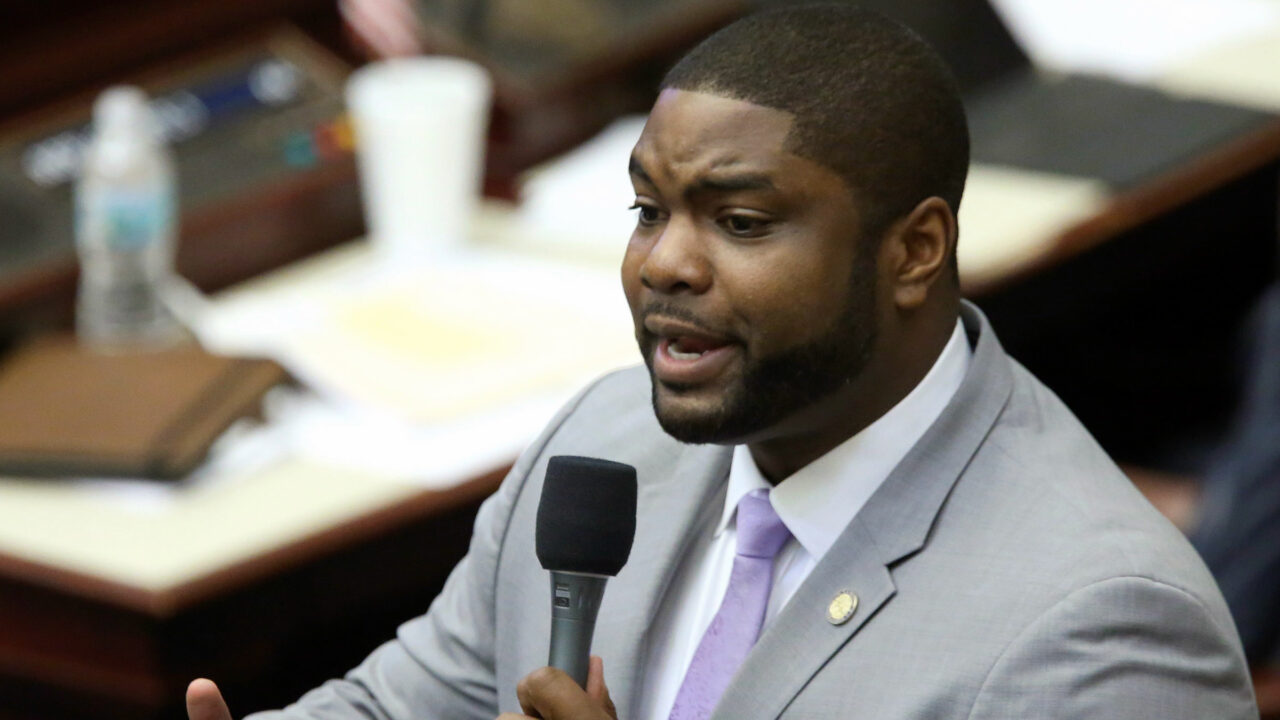 The organization has allowed Republicans, including Allen West, into its ranks before.

He’s a Congressman. He’s Black. But so far, U.S. Rep. Byron Donalds has not been offered membership into the Congressional Black Caucus.

“The Congressional Black Caucus has a stated commitment to ensuring Black Americans have the opportunity to achieve the American Dream,” the Naples Republican said in a statement to Florida Politics.

“As a newly elected Black Member of Congress, my political party should not exempt me from a seat at the table dedicated to achieving this goal. As a young Black man who grew up in the inner city of Brooklyn in a single-parent household, my achieving of the American Dream would be a valued addition to the CBC and one that should transcend politics.”

But the caucus won’t allow Donalds to join its ranks, according to Buzzfeed News. Representatives from the office said Donalds has spoken to at least three members about the possibility of joining.

The CBC provided a statement to The Hill stating the group “remains committed to fighting for issues that support Black communities, including the police accountability bill, protecting voting rights, and a jobs bill that helps our communities.”

The caucus has had Republican members before, but appears to be excluding Donalds now. The  reasoning, sources from the caucus told Buzzfeed, stems from Donalds’ voting against certifying President Joe Biden’s electoral victory. Those votes were the first Donalds cast as a member of the House, and he held to the objections of multiple slates of electors even after the Jan. 6 riot at the Capitol disrupted the certification process.

“The people who invaded Capitol Hill today do not embody my constituents’ values and heart, and they will not alter my decision to object to the Electoral College certification,” Donalds tweeted the day of the riot.

An interview Donalds gave to CNN on Thursday on the topic largely centered on voting rights, with an anchor raising laws passed by states including Florida many fear would reduce minority access to voting. Donalds said the law in Florida will not. CNN also raised his support of President Donald Trump, but Donalds said that should not be an issue.

“My support of President Trump has been consistent, but at the same time, I have had the ability to advocate for issues like police proposals and funding that have helped the Black community in my state,” he said. You are talking to somebody who, my first three years in college was at Florida A&M, an HBCU (historically Black college or university).”

At the moment, the CBC has no Republican members, though it has in the past. Donalds is one of two Black Republicans now serving in the House, though Utah Rep. Burgess Owens has said he is not interested in joining the group.

Few Republicans have ever joined the caucus. The list includes Rep. Allen West, who had a contentious relationship with the group. West once irritated the late Rep. Alcee Hastings, who represented a neighboring district to West, when it was his turn to buy lunch for the caucus and he treated peers to fast food.

But Donalds, while an outspoken conservative, lacks West’s reputation for provocation. He has governed in a style more akin to South Carolina Sen. Tim Scott, who years ago declined to join the House caucus the same year West was elected.

In the state House, Donalds, as part of the Republican majority, tackled issues once taboo in GOP circles such as sentencing and criminal justice reform. He also served as a member of the Black Caucus at the time.

nextRon DeSantis says no to masks for next school year